The end of last year brought Jordan fans and sneakerheads a lot of exictment when Jordan Brand and Nike released the official Spring 2022 Collection Retro styles to come at the beginning of 2022. Brand announced a lineup of 15 pairs, most of them modernized signature Michael Jordan designs. For this collection, Jordan Brand brings innovative design, extended sizing for women, sustainable materials and fresh expressions of classic silhouettes. Each and every one of styles release is planned thoroughly connecting the exact moments of brand’s history. The harmony of time, place and occasion is one of the major goals of the Jordan Brand retro collections every season.

The Making of Air Jordan 4

After the huge success of Air Jordan 3, which saved Nike‘s and Jordan’s sneaker project, designer Thinker Hatfield had a tough job in front of himself. He needed to make a new style and make it even better. Designer ended up making some alterations to an already familiar design. The Nike Air logo was featured on a heel, there was a visible Air unit in the heel and an encapsulated Air unit in the forefoot, the Jumpman logo stayed on the back of the tongue with the addition of the word “Flight”. The new addition to the design was “over-molded” mesh paneling for breathability. The original colourway was Black/Cement Gray and it debuted in 1989 with the price of 110$. Also, the Air Jordan 4 was the first global market release of the franchise, and it surely made a huge success.

This style makes it’s debut on the Jordan Brand lineup. The rumors about the new colourway started circling around the end of the last year. The name ‘Zen Master’ actually comes from Chicago Bulls legendary coach Phil Jackson. He was at the NBA club when Michael Jordan was a huge name in the basketball world. The two of them made a great team on and off the court, and Phil’s appreciation towards Jordan sneakers was shown now and then on the court, when he would pair his signature suits with a fresh pair of Jordans. The nickname came from coach’s holistic approach to coaching influenced by Eastern philosophy. Jackson implemented meditation, Buddhist ideas and mindfulness into his coaching and game strategies. Although the rumors of the release stated this would be the name of this pair, in Jordan Brand’s official press release the sneakers were named ‘Amethyst Wave’. Surely the sneakers and it’s design pay homage to Bulls legendary coach and his friendship with Michael Jordan. Design wise, this style brings some changes, instead of nubuck leather upper part, canvas material was used in ‘Amethyst Wave’ tye dye patterns. The design combines Amethyst Wave, Bright Crimson, Black and Cement Grey colors.

The classic silhouette makes use of a textile upper in a swirling mix of pink, purple and blue — a tie dye-like effect that nods to Jackson’s ‘Zen Master’ persona. A black woven tongue features Flight branding and a scarlet Jumpman icon, while a translucent TPU heel tab displays a raised Jumpman logo in black. Lightweight cushioning arrives via a polyurethane midsole with a visible Air-sole unit in the heel. – from GOAT

The Air Jordan 4 Retro ‘Zen Master’ pair is set to drop on March 19th at the selected stores, nike.com and Jordan brand retailers for the price of 210$. With the release date coming soon, and the rise of popularity of this pair, make sure you get yours as soon as they drop on GOAT and Flight Club. If you’re looking for another pair from the Spring Jordan Brand collection, you can check out other 2022 Air Jordan releases. 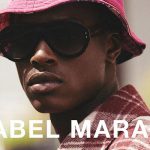 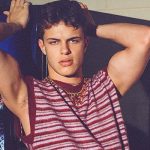