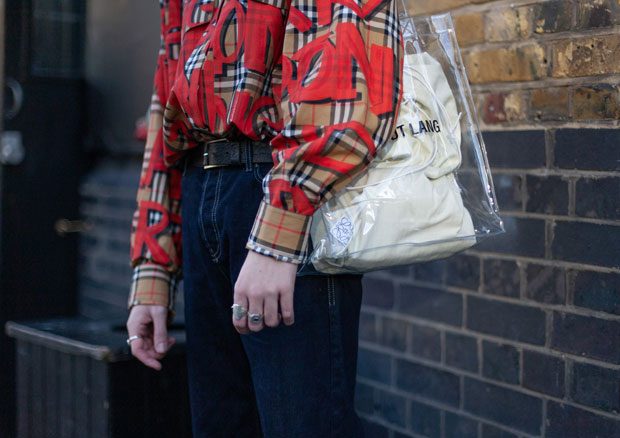 Streetwear having a bit of a moment is hardly a revolutionary statement in 2019. This seemingly epic democratic fashion moment has shined an entirely top-down light on the industry. Current collections can today be seen easily through the eye of the streetwear scene. Therefore for another season what is going on in front of the shows is providing a massive influence on the runways. This is quite opposite from how the industry functioned only a few years ago.

Trends are now shaping it’s course in front of the runway venues, with editors, celebrities and the ever growing number of Influencers having as much of an impact as the work of the designers they are heading to see. While the definition ‘athleisure‘ may have disappeared, the habit of dressing up your gym outfits has not. Therefore even with full on sportswear looks going out of fashion on the front rows, a statement sportswear piece is still a must. Cycling short or tights paired up with a strongly tailored piece is are certainly becoming the new generations uniform in the coming year. 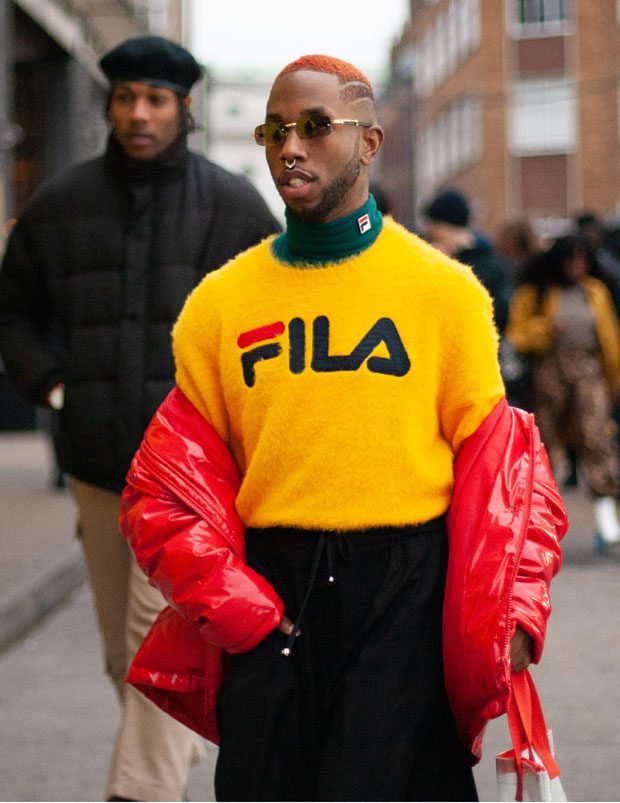 While it is the most radical trend to resist trends altogether, by the looks of street style coverage it is still all about following the trends.  In a climate where runways are inspired by street style, even the leading luxury brands such as Louis Vuitton, Gucci,Valentino and Balenciaga are finding comfort in the street inspiration rather than working on a conceptual image. The relevance of the street becomes even more important during the couture shows, far from the easy to bend menswear, where even with high fashion designers the lines are ever more jaded.  Even the late Karl Lagerfeld was aware of this when in 2014 he sent models at Chanel couture show down the runway wearing trainers. Alongside kneepads the lux-trainers took according to Chanel over 30 hours to produce, Chanel Couture trainers, but trainers nevertheless. Louis Vuitton a fashion house coming from a french Luxury icon standpoint even with it’s origin in luxury luggage, went into teaming up with Supreme. The collaboration finally led into Vuitton taking on Virgil Abloh as it’s menswear line’s Creative Director, this revolutionary move is still to bring results. Abloh who took to fame thanks to his profoundly street-vibe tailored Off/White line. The story itself is far too similar to Balenciaga‘s earlier partnership with Vetements founder Demna Gvasalia who in spite of the harsh criticism is still the head of the famed French maison. Today Balenciaga‘s hottest selling piece are the Triple S trainers, high on the wish list of everybody following the pulse of the fashion trends to come and go. 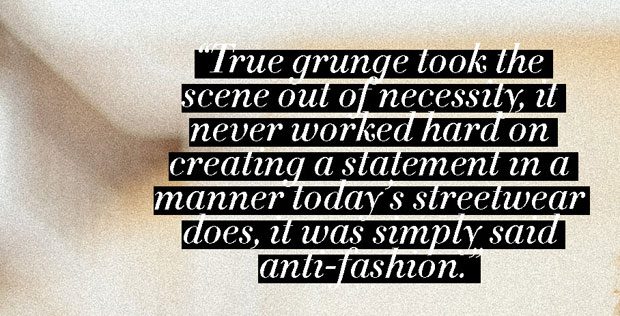 While seemingly street-wear’s democratic moments may draw parallels to the early 90’s grunge scene which was brought to the mainstream by the likes of Marc Jacobs (at Perry Ellis) and Anna Sui the anti-fashion definition is simply said missing from the equation. True grunge took the scene out of necessity, it never worked hard on creating a statement in a manner today’s streetwear does, it was simply said anti-fashion. Today’s streetwear scene has more in common with the always tailored and deliberate uniformity of Punk.  Molding the grunge scene were working class people clad in a very practical manner, therefore it’s connection cane with worker such as flannel garments keeping you warm and massive boots keeping your feet dry.

The grunge collections of the 90’s are to this day serving as a source of inspiration for the Hedi Slimane and Anthony Vaccarello at any position they take, even with grunge long gone. However even when it comes to anti-fashion movements such as punk, the forefronts of the same such as Vivienne Westwood who has shaped her career thanks to punk are still looking into the streetwear scene. 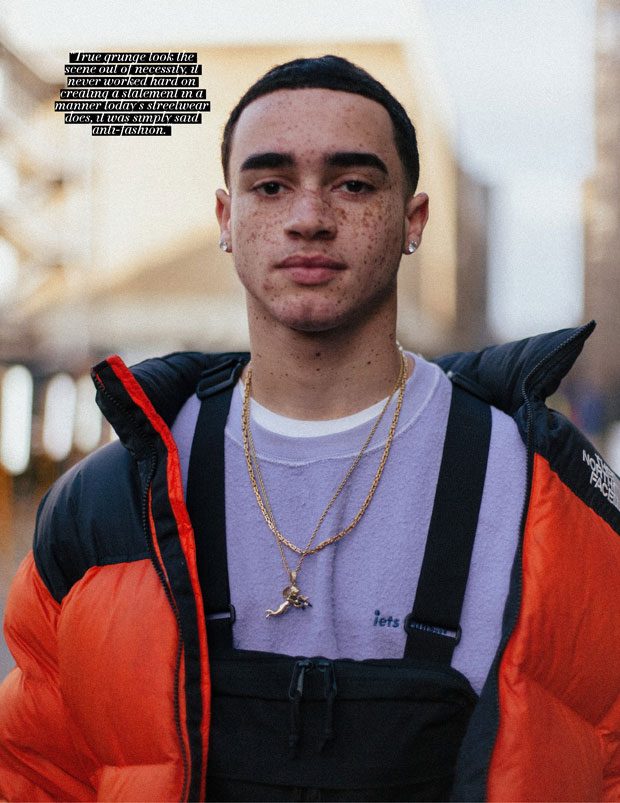 Today the street influence goes even beyond the fashion weeks crowd, simply take attention to what people wear on the street and you are bound to see it on the runways. In front of the luxury fashion houses are naturally the high street giants, with Inditex Group tapping on the trend far beyond it’s ZARA empire, the street style has profoundly shaped the direction of it’s globally present brands Pull & Bear as well as Bershka. Today the two are destinations offering pieces to the younger shopper which are quite inspired by the must haves from the far more expensive ready-to-wear items. While not a carbon-copy of the actual pieces, the inspiration is not even aiming to mislead us into presuming the design teams had any other intent. The intent is quite direct when it comes to high street strategy, offering the affordable pieces resembling the coveted over-priced ready to wear items. In many instances, the high street has deliberately moved away from branding such pieces, logos are usually left out or replaced with logo like design features. The young consumer thus acquire’s the look at affordable prices, without sporting around the high street’s less coveted labeling.

This season found numerous editors as well as showgoers clad in a quite simple mix of elegant and dressed down, everyday clothing got it’s spotlight in this run. This ‘real‘ trend was also present on the runways where practicality of dressing up was celebrated in a major way. Perhaps this has to do with almost two full months of fashion weeks, from menswear weeks starting in the 1st week of January to a mix of menswear catwalks continuing into the women’s week. From the start of the year ’till the beginning of March, the fashion industry goes through literally more than sixty days of fashion runways. After so many days of back to back catwalks, presentations and meetings, not to forget the obligatory parties, who is into wearing anything complicated? 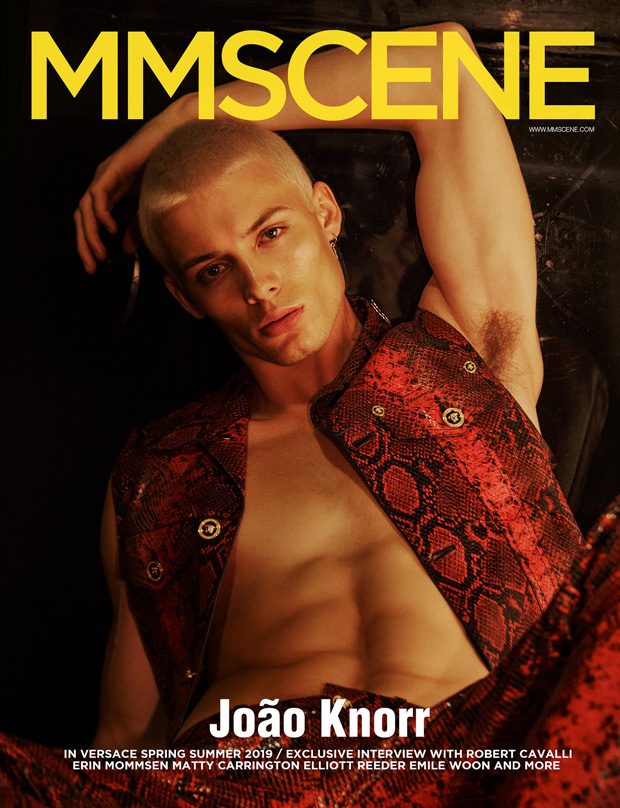