Armani Beauty has announced Regé-Jean Page as the new face of the Armani Code fragrances.  Themes of deconstruction and reimagination emerged during Page’s early talks with the Armani team. Not only was the fragrance’s face changing, but so was the meaning behind the advertising. “My role for Armani Code is an absolute privilege. It allows me to embody the effortless style of a brand that has defined what the peak of iconic, cinematic style looks like and continues to inspire a progressive outlook on how we will all shape our future.” Page added.

“Regé-Jean Page interprets and explores the nuances of a gentle, profound masculinity that is not ostentatious or showy. He authentically and spontaneously represents the cultural richness and vitality of this moment in time.”

Page will appear in an Armani Code Parfum ad campaign directed by Manu Cossu and photographed by Damon Baker in September. The scent, which launched 18 years ago, is getting a makeover to suit its newest ambassador and promote the concept of “modern masculinity.” The new bottle has a rounded-square form, and the scent has been reworked while maintaining its woody character. Keep an eye out for Page’s forthcoming ventures with Armani Beauty. 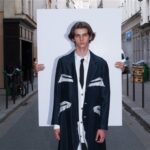 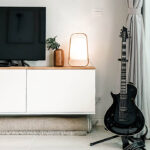