Growing up Nike was everything. This is how Drake describes NOCTA, his collaborative project with Nike. Drake’s love story with the with American sportswear giant started when he was a kid, and now, just like the big athletes, he started his own sub-label with Nike.

The collaboration didn’t come as a surprise, but a culmination of his long-term relationship with the brand. The musician is regularly seen wearing Air Max trainers, and he’s worked on a number of collaborations with Air Jordan since 2013. He even mentions the brand in some of his songs, and has filmed a music video for “Laugh Now Cry Later” on the Nike campus in Beaverton.

This opportunity is something that I’ve been waiting on for a really long time. To be associated with the highest level possible — that was always my goal. We put in a lot of hard work, a lot of man and woman hours, during the last two years. To see it all coming to fruition starts an exciting new chapter in my life.
– said Drake about the collaboration.

Taking the inspiration from the debut collection, the long awaited second drop was released in the beginning of 2021, while the third collection was more technical capsule comprised of black layering pieces.

In September 2021, PGA Tour player and Nike Golf ambassador Brooks Koepka played the Tour Championship wearing a black NOCTA crew neck top. The musician explained that the collection is dedicated to one of his idols, his uncle Stephen Sher. The collection featured 10 pieces including polo shirts, crew necks, visors, and nylon tracksuits.

Drake’s highly anticipated NOCTA Hot Step Air Terra sneakers are finally here, after months of building the hype on social media. The first pictures leaked on Instagram way back in August 2021, while Drake himself wore the pair in his “Laugh Now Cry Later” music video featuring Lil Durk. Since then, the rapper has been posting the pictures of him wearing the kicks in snakeskin and black colorways multiple times on his official Instagram.

The Nike x NOCTA Hot Step Air Terra comes in two colorways, including the monochromatic Triple White and Triple Black. We’re all for a monochrome colorway, especially when the base silhouette is as interesting as the Hot Step Air Terra. Inspired by the little-known, 1999’s Air Terra Humara, the sneaker is characterized by a very minimalistic design approach. It’s very distinct monochromatic silhouette is finished with metallic touches, Nike Swooshes on the each lateral side panel, reflective piping, colored Air units, as well as the NOCTA logo on the tongue.

In case you missed it – Why Is the Yeezy Gap Jacket so Popular? 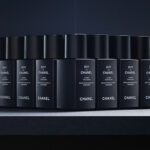 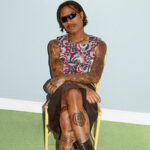