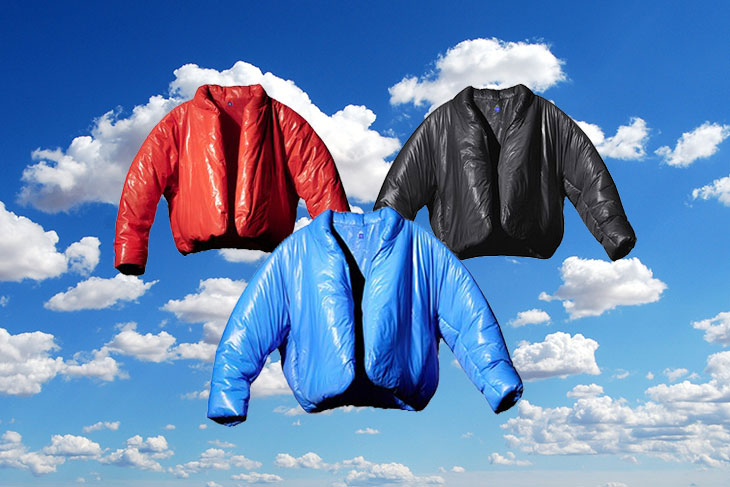 Yeezy Gap collab is having a moment that seems unlikely to pass anytime soon. In 2020 American retailer Gap has announced the partnership with Ye and his fashion company Yeezy on a new clothing line Yeezy Gap, which was first introduced in 2021 with a release of a blue round jacket made of recycled nylon. The collaboration’s inaugural article of clothing was sold out immediately, generating almost $10 million overnight.

Not a typical designer collaboration, the brands agreed to a 10-year deal with the option to renew after five years. Ye, who worked at a Gap as a teenager, has expressed his interest in the brand in a 2015 interview for The Cut, saying that he “would like to be the Steve Jobs of the Gap.”

After Ye made an unexpected appearance at the first Balenciaga couture show by Demna, wearing the Yeezy Gap round jacket, demand for the item has sky-rocketed. He showed up with his face completely covered by a silk scarf, wearing a black iteration of the jacket, paired down with a nylon pants and a Yeezy Foam Runner in off white.

Ye has been frequently spotted wearing both the jackets and hoodies from the Yeezy Gap line, creating a massive hype around the partnership. We’re sure we’ll see more of the collaboration in the 2022, but for now let’s see how did the Yeezy Gap Round Jacket became so popular.

Named the “Round Jacket”, this unique outerwear style features no zippers, buttons or snaps. It is made from recycled nylon and comes in black, red and blue colorways. The Jacket features a poplin design finished with a matte rubberized PU coating and a unusual connected collar-lapel. construction with a billowy front-cropped silhouette devoid of a closure, rounded out with a co-branded logo on the interior. The Round Jacket is available in a wide XXS-XXXL size range, for a retail price of $200.

It Is All Over The Media

It’s the ‘Kanye Effect’! There is no celebrity that is likely to get the attention of the media like Ye does, and there’s no doubt at all that media attention is partly responsible for the success of The Round Jacket.

The New York Times Editor André Wheeler, wore the jacket over the course of several days on the streets of New York last November and learned that many people already recognize the coat and it is a great conversation starter. After a week of wearing the jacket in public, I’ve come to believe that for consumers, it represents, most importantly, a link to Kanye and his creativity. It is the most democratic and accessible entry into the vision of fashion he has curated and built over the years. Wearing the jacket seemingly transforms you from a plebeian to a shapeless, off-duty celebrity ready for a paparazzi shot. If not visually, at least mentally. – he concluded.

After the launch of an initial blue colorway in June 2021, the jacket has since arrived in hues of black and red. In December 2021, YEEZY Gap has dropped all three iterations for the very first time in sizes ranging from XXS-XXXL. Find the Yeezy Gap blue jacket here.

Following a last month’s hoodie release accompanied by Ye’s “Heaven and Hell” music video (which also served as a Yeezy Gap commercial), the two brands are now re-releasing the YEEZY Gap Round Jacket globally. If you are not a fan of pre-orders and waiting lists, you can shop Yeezy Gap jackets at GOAT.

This Sunday Ye made a surprise appearance in McDonald’s Super Bowl 2022 commercial, which premiered on Sunday night during the NBC broadcast of the game. The beloved food chain teased the collaboration on its Instagram account with the caption “uhhhhhhhhhhh something’s coming”, followed by the video that shows Ye in a black version of Round Jacket, driving one of his infamous Sherp ATVs ordering the takeout in a McDonald’s drive thru, titled “Can I get uhhhhh.” 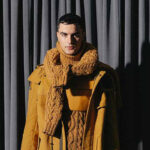 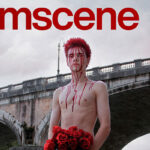