Since its founding 24 years ago, the Nike Mercurial Vapor soccer cleat has been designed to help footballers find the fastest route to goal. The creation of this particular style marked a revolution in the production of soccer cleats. At that time, both its construction and its concept were very innovative. The Mercurial was designed for those players known for their speed and explosion. Those in need of lightweight footwear with good traction to make the most of its virtues. Created to keep pace with an unstoppable young Ronaldo, the original 1998 Mercurial broke all molds in the world of cleats. With a thinner plate, lighter overall design and a grippy, race-inspired liner, these cleats were a revolutionary product that would lay the foundation for the next 20 years of innovation. Throught the years, Nike Mercurial Vapor cleats evolved in many ways. From adding various innovative technologies like Nike Frame, Flywire, SENSE and more, the Mercurial Vapor surely gets better with every release.

Following the successful first release, the next 2002 model was created to maintain speed for 90 minutes and offer faster players perfect contact with the ground. For the 2006 World Cup in Germany, Nike doubles its efforts to build an even lighter boot by introducing a new material: the famous “Teijin”. Designed to fit closer to the foot without sacrificing comfort, the Teijin followed the shape of the foot, maintaining comfort throughout the game. Next innovation was inspired by cheetahs and perfected by Cristiano, the Nike Mercurial Superfly cleats optimized speed through traction. They were also updated with Nike SENSE, allowing the studs to extend or retract a few millimeters depending on ground conditions to make it easier to achieve maximum speed. In the Superfly IV many novelties were presented. Flyknit was integrated into the construction and Dynamic Fit Collar technology was included in the Mercurial line. This gave way to one of the most important trends in the recent history of football. After 20 years of innovation, Mercurial boots are the favorite of the fastest players on the scene. Engineered for the perfect fit, the Vapor 360 wraps your foot in Flyknit to respond effortlessly to your every move. Following the 360, was the Mercurial released in 2021 featuring seven precision-engineered components, which brings us to our latest design from 2022 which merged sustainability with an amazing soccer cleat design.

Nike Mercurial Vapor Next Nature is made with a minimum of 50% recycled content by weight. Nike has brought the concept of sustainability to one of its most iconic models: the Mercurial. The goal with the new boot is to take players even further, while protecting the planet and the future of the sport. Mercurial Vapor Next Nature was produced with at least 50% recycled content by weight and its main features are light and fast. The backboard is made from 100% recycled materials and offers quick acceleration and mobility for sudden changes of direction, as well as the traction players need on the field. Flyprint technology, a manufacturing method that produces little waste, is found in the upper part of the shoe and aims to provide a better fit and control of the ball. According to the American giant, each pair of Mercurial Vapor Next Nature features a 100% sustainable fine mesh, built only with materials created from waste from the production process. The cleat will take the field for the first time with Norwegian striker Ada Hegerberg.

The Future of Mercurial

According to the brand, the knowledge obtained with the new boot project will gain scale in the Mercurial family and, as a result, most of the boots in the line will hit the market in the second half of the year with at least 20% recycled content. material. This will help Nike get ever closer to the company’s projected impact goals for 2025. 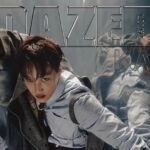 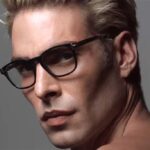