He loves clothes way more than I do. He has great taste and understands and really cares about what people want, what can help them feel good. That’s what fashion is about. – Bündchen

On the idea that he’s a “different” Tom Brady:
There is a change, he agrees. “I feel like I’m just coming back to life in a certain way,” he says.

Bündchen on the shift in her husband:
“Tom has accomplished so much in his career, and the world knows him for his love and devotion to the game of football,” she says. “Now it’s great having others also get to know him a bit more, as I do.”

Jens Grede on the Brady brand:
Grede imagines the Brady brand becoming one of the planet’s biggest namesake sportswear labels, like Jordan. “We’re just focused on creating the finest sports brand in the world,” Grede says. “That really is the ambition.”

On having such an experienced fashion vet in his house as Gisele to ask for advice:
“She’s pretty good,” Brady says of Bündchen. “She’s obviously got incredible taste.” Though Bündchen’s appeared on countless runways and magazine covers, her preference skews casual, he says. “In the end, I think she’s very much a hippie. She’d just prefer to wear, like, a simple little dress in 80-degree weather and, you know, just chill out.”

On building brands while still playing football:
“I feel like I’m living two lives,” he says. “My football life and then my post-football life.” Toggling between both, he admits, is tiring.

On his gratitude for New England and the Patriots:
“I certainly wouldn’t change the 20 years that I had,” Brady says matter-of-factly.

On speaking his mind:
“When you’re an employee of a company…you kind of take on the voice of what that company is,” Brady explains.

“It is a little sad,” he says. “It’s a little sad because it’s…a challenging thing to do, you know? What you say and what you believe might be two different things.”

Bruce Arians, the Bucs’ head coach, on seeing Brady open up more throughout the season:
“You could see the personality come out more and more,” Arians says. It had an effect on team confidence: “The rest of the locker room adapted to the personality of ‘Hey, he’s been here, he’s done it. He’s telling us we’re good enough. We believe it.’”

On his perfectionist, “Anti-Aging/Superhero/Never Touches Carbs image”:
Brady might have a different kind of life and a different sort of job, one that involves trying to successfully execute on live television before millions of people, but people of all kinds “are looking for wins professionally. They’re looking for wins personally,” he says. “They’re looking at how to parent in a challenging life, how to have a healthy marriage based on professional responsibilities…. I relate to everybody that way. To think that I don’t is ridiculous. The reality is that I’m very human,” Brady says.

If anything, contemplating Life After Football makes Brady want to play even more.

“I don’t think anything will match my football career,” he admits. “I think it’s too hard to replicate that level of energy and output and adrenaline. That’s kind of why I want to go until the end, because I want to make sure I don’t look back and go, ‘Man, I could still do it.’

He has a contract for this year and next. “Beyond that, I don’t know. Maybe it’s another year after that; maybe it’s two. I’ll have to see where I’m at with my family. That’s probably the overriding factor—what I’m missing out on.”

On his new life Florida, which includes boating:
His family is now a Florida Family, and Brady is now a Florida Man. Jack spent some time at Bucs training camp this summer. Brady’s gotten into boats, and not just any boats—he’s due to take delivery of a 77-foot Wajer, list price said to be $6 million. You can watch a Wajer video of Brady rhapsodizing about snorkeling and spending Christmas on the seas.

“I literally said, ‘I’ll never own a boat in my life. Never. Who likes boats?’” Brady tells me. Now he sees a side benefit of nautical life: enforced family time. “No one can go anywhere,” he says conspiratorially. “They’re captive. I almost want to put my kids on the boat like, ‘You’re hanging with us—that’s how it’s going to go.’”

On this Sunday’s game with the Patriots:
Brady, who habitually downplays future games, doesn’t deny it will be a big one. “That one will be really fun for me,” he says. “Just because I know everybody, you know? I’ve played more games in that stadium than anybody. I know that place like the back of my hand.” 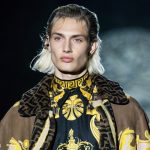 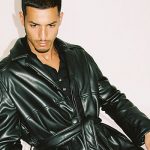