My entire life, I grew up with a Black family and a white family, and I had to translate what was happening between them. I grew up initially going to a white school that had just been integrated, translating between my white teachers and my mother. I went to Black church and white church, and my mother would be like, ‘I don’t understand; break down what these people are saying at this church over here.’ I ran away from it for so long because all I wanted to do was belong. But I’ve come to accept that I was forged by having to be an intermediary. I’ve gotten more and more comfortable going like, ‘Hey, white people, if you ever want to talk about race and racism, I’m your dude. Let’s go!’ – Trevor Noah

Noah on what Jon Stewart told him when he took over:
“It’s really interesting because when Jon Stewart, my friend and mentor, was leaving the show, I said, ‘Hey, Jon, why are you leaving?’ He said, ‘I’m tired and I’m angry, and I think the show deserves someone who still has the youthful energy to get them through and still find the comedic beats and to tell the news.’ He said, ‘One day, something will make you angry, but enjoy the fact that you’re not angry now.’ And so that’s what I did.”

Noah on all the anger he received over not being more angry:
Not everyone approved. “People would always go like, ‘Why aren’t you more angry?’ And I was like, ‘But what are you angry about? Just explain this to me right now. And what am I supposed to be angry about?’ I was like, ‘You have one of the best-performing economies in the world, your first Black president, so many things are happening.’”

Noah on the pressure he felt from back home when taking over the show:
“I remember South Africans saying to me, ‘Hey, man, if you fail, we all look bad. They’re never going to give any African any type of big TV show again. So don’t mess this up.’ I even had Black people in America saying, ‘Oh, man, don’t, don’t mess this up for us. You mess this up and it looks bad on everybody.’ ” Noah’s friend Dhlomo was more direct: “That is my favorite show,” Dhlomo told him. “Don’t f— it up.”

Noah on not taking anything for granted:
“I’ve had the mom who poured a little bit of water into the bottle of ketchup to like get that last little bit, you know,” he says. “We might have had the cereal but not the milk, so I don’t take anything for granted. My mom always used to say to me, ‘You’re gonna work hard and you’re going to get all those things.’ And she said, ‘You know what? You should be proud when you can get them for yourself.’”

Noah on why he’ll never complain about the pandemic restrictions:
“As a child, I lived in quarantine in a lighter form. I couldn’t play outside with other kids. I had restrictions on my movements, and I wasn’t necessarily told why. They just said, You can’t go outside. That’s just how I lived. And I accepted it. So I always tell people during this pandemic, ‘Hey, man, I’m lucky that I have food. I have my health.’ You’ll never find me complaining about the pandemic. If you take me out of the studio, I’m still having these conversations in my apartment in front of a tiny little camera. That is what I do. And that is who I am.”

Noah on what he misses most about not travelling for his show:
“As the host of The Daily Show,” he says, “I would be on the road every single weekend, doing shows in every single place you can imagine, from Louisville, Kentucky, to Springfield, Missouri, Philadelphia, Baltimore, Maryland, Atlanta, Georgia. I go everywhere. I don’t care how many fans. If people want to watch me, I go and do the show. And I see how the audience changes depending on where I am.”
“But it’s not just red or blue,” he continues. “It’s just people. It’s people, it’s people, it’s people. Man, I can learn a little thing here. I can experience a certain thing there. I can engage with it as a complex organism, as opposed to a simple one-dimensional thing. And that’s what I continue to enjoy about America, experiencing this country in what I think is a more authentic way.”

Noah on the best advice he received:
“One of the best pieces of advice I ever got was from an elderly Black gentleman who came up to me after one of my shows. He said, ‘Hey, Trevor, me and my wife enjoyed your comedy, but there’s something you need to learn about America. A lot of people are going to tell you, in this country you’ve got two political parties. You’ve got Republicans and Democrats. A lot of people don’t tell you, there’s three. There’s Republicans, Democrats and Black people. Don’t ever forget that.’ And he walked away.”

Bryan Stevenson, social justice activist and author of Just Mercy: A Story of Justice and Redemption, on Noah:
“It’s been so difficult for many Black entertainers and athletes to be bold and vocal because they know the reaction to that is going to be very intense,” Stevenson says. “What I appreciate about Trevor is that he doesn’t seem to care if he says something that makes people so mad that maybe he’ll lose his platform. He’d rather do something valuable than to keep it.” 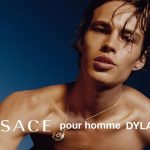 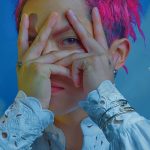