I believe that Yeezy is the McDonald’s and the Apple of apparel. In order to make the Apple of apparel the next Gap, it has to be a new invention. To invent something that’s so good that you don’t even get credit for it because it’s the norm. – Kanye West

On his first Yeezy runway show in 2011:
My review for The Wall Street Journal compared a beaded look to the Flintstones. Asked to comment on the collection by the New York Times, Anna Wintour replied, “Ask someone else.”
“I got ripped,” West says now of the reviews he received, pursing his lips. “You had to go to school to be a designer. That was the climate back then,” he says.

West argues that success in music shouldn’t preclude success in another profession. “I got to live out every version of ego—rapper, I had my own [version of] Jordans, I’m married to Kim Kardashian West,” West told me one evening, emphasizing each syllable of his wife’s name. West, in fact, had helped establish Kardashian as a Vogue- endorsed fashion plate, tossing out her pre-Kanye wardrobe, reducing her to tears.

West on his hospitalization for a nervous breakdown:
“I’ve been through Deadpool. You know that movie?” West asks, referring to a film whose superhero protagonist gains mutant abilities after being tortured. At one point, he mentions kintsugi, the Japanese pottery whose broken pieces are restored with gold seams. “I had an actual mental breakdown from attempting to put together all of the pieces.”

On MAGA and racism:
West doesn’t disavow any of that, but he told me he resents that people make assumptions because he is black or a rapper or a college dropout. “I’m a black guy with a red [MAGA] hat, can you imagine? …It reminded me of how I felt as a black guy before I was famous, when I would walk in a restaurant and people would look at you like you were going to steal something. ‘This is your place, Ye, don’t talk about apparel. This is your place, Ye, you’re black, so you’re a Democrat.’”

Having money and celebrity hadn’t protected him. “Everything is about putting people in their place. Classism, protectionism—not just racism,” he said one evening. “Classism is like living on a bookshelf. The more money you have, the higher you go. And you get to the top and look over and what do you see? Fear.”

West on fashion industry disappointments:
He was rocked by another shock after his Deadpool year, in 2018 when Abloh was hired as artistic director of Louis Vuitton menswear, a job to which West had aspired. “That included one of my best friends being crowned king. Virgil. Louis Vuitton. We grew up on Louis Vuitton–Marc Jacobs duffels,” West says. “My best friend.”

West says he had had a shot at designing his own LVMH label when the French company offered to back Yeezy apparel after his first season showing in New York. But the deal was never inked, and LVMH pulled out without comment. “That was pretty devastating,” West says. He notes that LVMH later launched the Fenty label with Rihanna: another musical artist getting a deal that he had badly wanted.

West on the Yeezy business:
Possibly the most lucrative business decision West ever made was to retain ownership of the Yeezy brand. Today he produces sneakers and slides in a partnership with Adidas. The Yeezy merch, the apparel and nonathletic footwear—the products that he has been working so diligently to develop this past year—are West’s alone.
“The fact that Yeezy does $1.5 billion in revenue per year and the valuation is $2.9 billion means that money does not have to enter into the equation.” I later reviewed documents that reflected those numbers.

On the Yeezy Collection reboot:
It started with that perfect hoody.
“This collection is couture for the service industry,” he announced one evening in February. In his Calabasas design studio—a vast room whose concrete floor was covered in canvas paint tarps—was a board that spelled out the muses for his collection: “Service Positions.” It listed many of the jobs occupied in the homes of the wealthy: housekeeper, nanny, gardener, security, chef, assistant. I wondered if this collection would be expensive. “We’re not focusing on prices right now,” he replied. “We’re only focusing on creativity.”

By January, West was convinced that his puffer vest had the beginnings of an entire collection. “It spawned his new language,” says Chandler, who was still begging him to put the perfect hoodie into production.

West’s response, according to Chandler: “You can’t take three years off and then come out with a hoodie.”

On the Paris show:
By mid-February, he decided that he would return to Paris Fashion Week, nine days hence. “Paris should accept nothing less than actual pure genius,” he told me on February 21, a few days after he’d made a whirlwind 24-hour trip, unrelated to Yeezy, to Paris with Kim for a meeting with Jean Paul Gaultier.

The horns of 50 rented cars in the street provided the blaring soundtrack for the 18 raw looks, presented outside, which opened with a beige cropped tank and pants of swirly raw wool. In those earthy Yeezy colors, there were the homemade-looking puffer vests and jackets, rubbery pants and papery pants, and hoodies inspired by hazmat suits that seem, in hindsight, remarkably Covid-19-ready. There was a new moon-boot design that West says is his favorite Yeezy shoe ever. Six-year-old North West, his and Kim’s eldest child, who is a bit of a mini-Ye, performed a rap ditty, and then the event was over.

Backstage, West seemed more excited about North’s performance than his own. “I’m really feeling like a dad now!” he said, breathless. He paused and noted, “All this—one week from a vest!”

Details on the new collection:
After Paris, the collection was shipped to London, where it was photographed by Nick Knight, who is creating a website and an app to sell Yeezy direct-to-consumer with weekly drops. It then went to New York, where fabric orders went out. Despite the disruptions of coronavirus quarantines, Chandler says business is continuing, and the pieces will begin to drop within 90 days. The prices will not be Costco, nor will those goods be sold there. Instead, West’s team is aiming for a price range known as contemporary, one notch cheaper than luxury goods.

On West’s coronoavirus response:
West flew from Paris to Cabo San Lucas, Mexico, to work on music, then holed up with his family in Calabasas in mid-March as coronavirus concerns swept the U.S. In an evening phone call, he told me he has changed his mind again—he’ll sell his perfect hoodies after all, saying, “The hoodie is arguably the most important piece of apparel of the last decade.” The day before, he had made donations to charities in Los Angeles and in Chicago’s South Side, where he grew up, which will go to providing meals for families and the elderly affected by the outbreak. A few days later, as government officials and hospitals pleaded for manufacturers to shift to producing masks and gowns, West asked his atelier to look into the feasibility.

On A$AP Rocky:
He does enjoy unusual access to the Trump administration. In mid-July, West chartered a plane to Sweden, planning to jet in and free the musical artist A$AP Rocky, who had been detained on assault charges earlier that month. Warned that the Swedes wouldn’t welcome the gesture, he canceled the plane and—from his swimming pool in Calabasas—called Jared Kushner at the White House. Donald Trump called less than an hour later, after West had climbed out of the pool and was eating breakfast. That same day, the President tweeted, “Just spoke to @KanyeWest about his friend A$AP Rocky’s incarceration. I will be calling the very talented Prime Minister of Sweden to see what we can do about helping A$AP Rocky.” 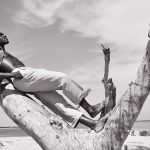 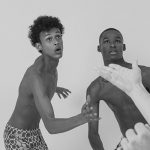