Winter is just around the corner so we need to make sure that our cold weather wardrobe is ready. And what better way to keep you warm, cozy and stylish than to stock up on hoodies. If you are a fan of high end street fashion, this is the article for you. We are going to list the best of BAPE hoodies for the upcoming winter season and find out what makes the brand a well known name in street fashion.

A Bathing Ape better known as BAPE was founded in 1993 by Nigo, whose real name is Tomoaki Nagao, in the famous Harajuku district of Tokyo. It quickly became a symbol of eclectic street fashion in Japan. Over time, key players of the modern fashion scene got involved in the business. That’s why Bape was a complete success from the beginning – it is authentic enough, cheerful, wearable and unpolished. By 2010, the brand had ceased to be as popular as the 90s, and Nigo stepped down from the leading position and sold “Bape” to a fashion conglomerate from Hong Kong for 2.8 million dollars. He remained and assisted in the transition for the next two years. Now BAPE is owned by I.T Group and it’s continuing the street fashion domination. The brand also collaborated with famous fashion brands such as Coca Cola, Rimowa, Coach, Comme des Garçons, Supreme, Casio, Adidas and artists such as Kanye West, Biggie Smalls, Pharrell Williams, A$AP Rocky and more.

Bape is known for zip-up sweatshirts, Bapesta sneakers, Baby Milo’s avatar and of course – strong colors! The bape sweatshirt with a zipper has become a status symbol and still represents the authentic aesthetics of street fashion that many new brands are trying to achieve. Check out our picks for this season and find more BAPE hoodies at GOAT.

One of the most popular items the brand has manufactured is the BAPE Shark hoodie. The design was inspired by military emblems seen on the nose of fighter planes or even the hulls of battleships. This year’s twist on the Shark hoodie brings a beige coloured mouth and eyes compared to the standard black, red and white colourway. This hoodie features a front zip fastening for easy wearing, it is tailored to enhance your casual look and it’s made from a superior quality material which gives you the wearing comfort.

American fashion house Stüssy started collaborating with BAPE in 2010, when they merged their distinctive styles and drew the ape together with the skull, the camo with the specialized Stussy doodling font and created quite an extensive collection of apparel and footwear. This style comes from the ‘Survival of the Fittest’ collection dedicated to the 30th anniversary of Stüssy. This hoodie is still a very popular piece of the BAPE assortment. The very rare and popular piece features all over Bape Camo with Stussy skulls and skateboards.

The latest release from the BAPE Baby Milo collection is this multicolored style. It features the brand’s signature character Baby Milo. Don’t know who he is? He is a boy monkey character from the Japanese company Sanrio. He was created as a collaboration between the two brands in celebration of Sanrio’s 50th Anniversary. Baby Milo got his name from a character from the Planet of the Apes movie. This colorful hoodie also features letters spelling the monkey’s name and one thing is for sure you won’t pass unnoticed wearing it.

And for our final pick, the classic one for the fans of monochromatic colors. The BAPE Universe Ape hoodie without zipper in beige. The pullover hoodie features a loose fit and an ape logo at the front centre and the back. This hoodie will most definitely bring the fashionable yet sporty style to your outfit. 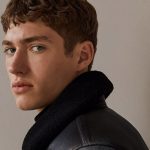 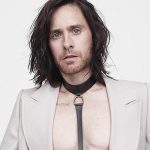