It’s an interesting thing because there are parts of your brain and body that don’t know the difference between acting and reality. If you’re upset and crying, your tear ducts don’t know the difference between acting or reality because you’ve fooled yourself into a sobbing heap. And there are parts of your psyche or chemicals in your brain that might get depleted in the same way as if you did in an incident in real life that was damaging. So you do donate a high intensity of psychology of physicality of emotions in a short period of time, and it can be really brutal. – Leto

I did a documentary where I asked a bunch of people about fame and the best answer I got was from Kanye, who’s really an iconoclast. He said, ‘Fame is fucking awesome, don’t let anyone tell you it isn’t!’ Which was really refreshing to hear a view like that because of course a lot of people talk about the struggles and the intrusive nature of fame, but in some ways fame can be amazing because you can take that light and shine it on something else. There’s not only a dark side, but there’s also a beautiful side – it means your work is touching people. If you make music or a film and any type of art and no one sees it, that’s not a good feeling. Consumption is an important part of the process. You need the views and the conversation, and I don’t mean that in a needy way, I just mean it needs the light in order to grow. – Leto 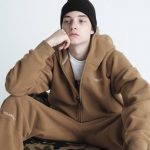 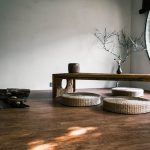