Luxury fashion house DIOR joins forces with Denim Tears for an exclusive capsule collection titled DENIM TEARS. A dialogue between New York and Paris, via New Orleans is found in the collection. There is a meeting of elegant and the idiosyncratic, the casual and the classical in the collection, guest designed by Denim Tears’ founder and creator Tremaine Emory. The collection is inspired by the look of black Ivy League students of the fifties and sixties and the insouciant style od jazz musicians from the same perios. There is also a nod to the civil rights movement that existed simultaneously with both, where workwear was also worn. The collection was presented in Grand Egyptian Museum in Egypt, the cradle of civilisation.

I want to share that moment in time, that beautiful moment in time where black writers and musicians and artists were coming from America, running from America, and finding some level of acceptance in certain European cities and being able to have their art respected and who they are respected. It wasn’t perfect but it was just a moment, a beautiful moment for blacks to have the privilege and opportunity to escape from the terror, the horrors of America, a segregated Jim Crow America. Artists like Miles Davis and writers like James Baldwin found refuge in Paris. – Tremaine Emory

The Dior Tears Collection still has Denim Tears as its basis – the fabric’s – origins might be french after all, coming from ‘Serge de Nimes’ – with special jacquards and discharge prints developed and added to heritage fabrications, with fifties shapes retained. While a sartorial sensibility is augmented, with the skills of the Dior atelier infusing all. Here, American homespun meets French high craft; a commingling and cross-fertilisation of fashion and cultural codes in the collection reflect the movement and influence of the great African-American jazz musicians who travelled to Europe to play. They were inspired by what they found in Paris and were in turn an inspiration for Paris itself, propelling the avant-garde culture of the city further forward. The collection mirrors this in its own origins. – from DIOR

In many ways, the collection is a microcosm of Denim Tears and the world it occupies. Emory’s collections deal directly with the African diaspora, particulary the experience of the diaspora in the Untied States of America. Adding to this conversation, DIOR TEARS also incorporates a dialogue with France. Here, signs, symbols and motifs such as cotton blosoom and collard greens, as well as the overall narative of this collection, reflect these concerns. It is particulary resonant in how it relates to Tremaine Emory himself as an African-American who was born in the rural south of the USA and who grew up in New York city. – from DIOR 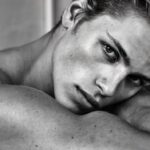 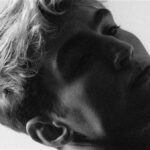