“The special collection for men and women featuring pop icon Doraemon in his classic blue color over the GG motif, across different product categories, will debut on January 12th. Later in the month of January, a new special and playful Doraemon‘s disguise, exclusively created in tribute to the year of the Ox, will be revealed.

For the occasion, Doreamon takes the stage of the new Gucci Lunar New Year campaign shot by photographer Angelo Pennetta. This highly recognizable character becomes a companion who transforms everyday activities into joyful adventures. From having breakfast, to playing video games with friends or partying in the garden, the affable Doraemon in the role of an imaginary friend brings color into people’s lives.” – From Gucci.

For more looks from the collection visit deisgnscene.net. 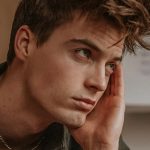 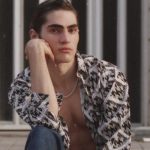