Women’s fashion has changed by leaps and bounds in the last 100 years. Where skirts and dresses were once not just the norms, but in many cases, the law, today, women can wear anything from men’s wear to formal gowns and still look chic and stylish.

Men’s clothing, however, has taken a bit longer to begin to revolutionize. While the fabrics, patterns and cuts have changed, men’s clothing, until very recently, has looked rather much the same as it did a century ago. Today, though, many men are breaking the bounds of what is considered traditionally male clothing.

Here’s a look at how male fashion has transformed in recent years.

But that is rapidly changing. In recent years, countless male celebrities have made waves by breaking the bounds of what is considered “menswear,” and taking to the red carpet in dresses, skirts and even gowns. These aren’t your traditional Scottish kilts, either. While it may take a few more years, or even a few decades, for these trends to become mainstream, they prove that change is on the way for the men’s fashion industry.

When it comes to dressing up for an evening out or a business casual gathering, women can always turn to their favorite little black dress. But the equivalent doesn’t quite exist in the world of men’s clothing.

For some men, well-dressed means a suit and tie. For others, it’s khaki pants that one might find on a golf course and a Polo shirt. Some may even call chino shorts and a crisp T-shirt the perfect choice for date night.

This variance in what is considered well-dressed has caused confusion for some men. In one study, 73 percent of men reported having felt inappropriately dressed for an event at least once in the past.

Classics are Always in Style

That classic or trendy little black dress that looks good in any situation? It might not exist in menswear. But that doesn’t mean there aren’t a few classics that are always in style.

From a black suit in just the right fit to a plaid button-down shirt to a leather moto jacket, investing in these pieces is always a good choice. Men can get years of wear out of them, while also always having something to fall back on when they aren’t sure what to wear.

How the Male Fashion Industry Has Transformed in Recent Years

Just like women’s fashion, male fashion has come a long way in recent years. While most men still opt for pants or shorts, skirts and dresses are also making an appearance. And the idea of formal wear may be shifting away from the standard three-piece suit set.

But the industry still has a long way to go. While classic menswear items are always in style, finding just the right outfit for every event can still be a challenge. And if the red carpet is any indicator, the male fashion industry is likely to continue to see big changes in what’s popular or even considered “normal” in coming years. 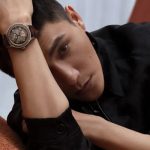 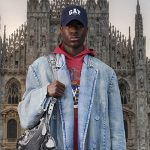