MARNI design team has found itself asking what is the purpose of a fashion show. Instead of sticking to a traditional runway or a lookbook set up they have assembled 40 people from around the globe to take part in their Marnifesto. The brand shared:

This one is not about the clothing. And yet it is all about the clothing. Clothes as collective connectors creating a community and coming from a community. Clothes as vehicles of freedom and self-expression. The I that’s been traditionally associated with the narrative of fashion turns into a WE. The necessity, unity, inequality, beauty, isolation, intimacy, retrenchment, change and struggle marking this very moment ask for this. This one is a collective effort. The WE of the studio. The WE of the Marni community. Not models, but human beings with their lives in all their unexpectedness.

People participating in the MARNIFESTO have received the outfits before the collection has been presented, having a time to style the clothes and wear them on their own. Finally they were filmed by family, friends, or lovers wearing the clothes on the streets of their hometowns.

People participating in the world come from around the globe, from Los Angeles, Paris, to Shanghai…

While large portion of the collection is gender neutral, we have singled out predominantly menswear looks from Marni Spring Summer 2021 Vol.2 collection – see all the looks in our gallery.

Full collection including the womenswear looks is available in our DESIGN SCENE SS21 Marni review. 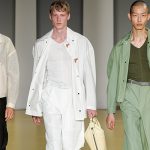 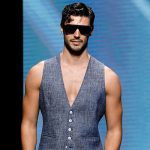