“Starting from the study of Elvis’s and Priscilla’s clothes sources, Prada and Miu Miu found affinities and similarities in their immense archives, giving shape to new creations. The result strongly recalls the years represented in the film, but it is also an expression of the DNAs of the two brands and their histories. Along with Elvis’s custom look by Prada – a distinctive plum wine kid mohair suit –, these costumes distill the essence of the characters in the film, silhouettes and recognizable forms that are at once instantly reminiscent of the past while appearing contemporary, underlining their eternal timelessness.” – from Prada

Elvis will première at the 2022 Cannes Film Festival on May 24th and will be screened in cinemas around the world starting 22nd June and in North America on June 24th. 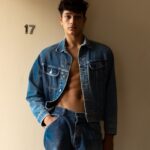 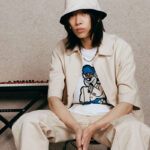