Discover Y-3 Spring Summer 2022 campaign featuring football legend Zinedine Zidane captured by fashion photographer Gabriel Moses. In charge of styling was Robbie Spencer, with creative direction from Jamie Reid. With the campaign Y-3 celebrates the 20th anniversary of the partnership between adidas and Yohji Yamamoto. The 20 Years: Re-Coded collection reimagines the brand’s archive for the future.

“Yohji Yamamoto once explained that ‘Sport is Y-3. It is the brand’s central essence and inspiration.’ As such, having featured in a number of campaigns and walked during runway shows throughout Y-3’s 20 year history, Zidane represents a deeply connective thread that brings key moments from the brand’s past to today and reimagines them for tomorrow. Known for technique, control, and discipline on the pitch as well as an inherent elegance, the campaign spotlights Zidane’s presence while celebrating Y-3’s enduring relationship with the world of sport.” – from Y-3 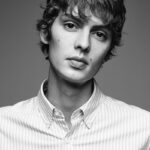 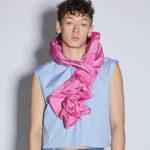