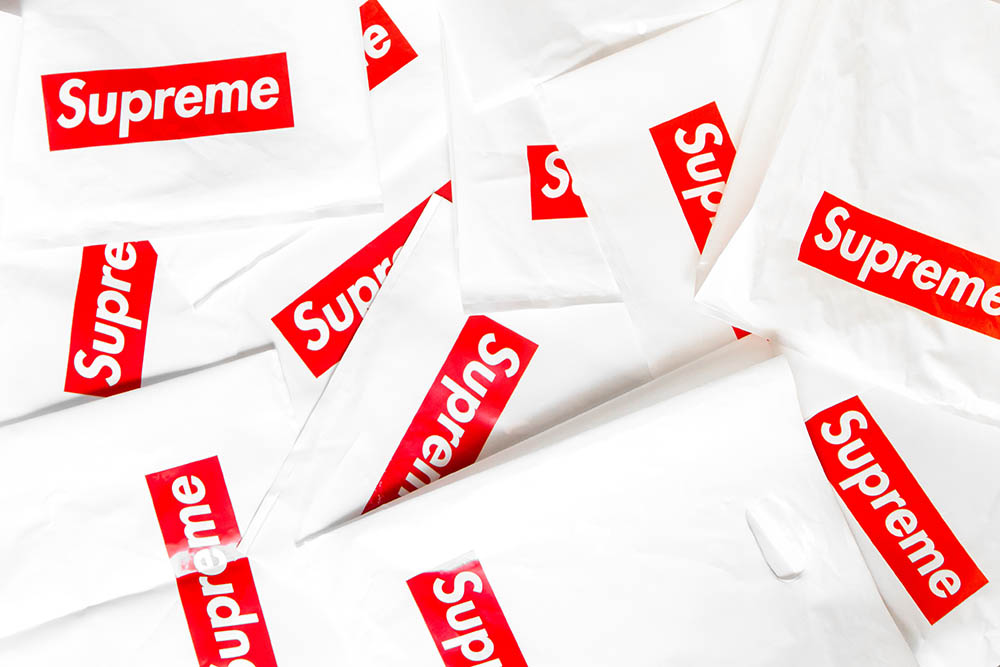 There’s no doubt that Supreme is one of the most popular brands in the streetwear market, let alone one with worldwide demand. The skateboarding clothing brand from New York City made its debut in 1994 and has established itself as a pop culture icon, particularly in the world of skateboarding and hip hop.

Supreme’s appeal stems in part from its accessibility, particularly in terms of affordability. While most designer brands charge hundreds or thousands of dollars for their prices, Supreme keeps its prices moderate at retail. Most buyers will find Supreme to be reasonably priced when compared to other streetwear companies, as long as you’re lucky enough to buy directly from Supreme.

The brand is famous for perfecting the “drop” sales tactic which involves releasing a small number of new clothing on a weekly basis rather than a complete new collection every season. The technique, which has now been adopted by conventional fashion brands, resulted in long queues in stores and prompted price increases on online resale marketplaces.

Supreme is one-of-a-kind because of its ability to stick its trademark Box Logo on just about anything yet still looking authentic and on-brand. There’s almost nothing that the branding can’t be applied to, from garments to an actual brick. Of course, the real jewels when it comes to Supreme are their T-shirts and Hoodies. Their most recognizable item from is the Box Logo tee. Since its opening in 1994, 253 have been created.

Collecting anything with the iconic Supreme Box Logo is great, but owning some of the most sought-after Supreme Box Logo T-shirts ever takes a collector to another level. It’s tough to find the rarest Supreme Box Logos because they were never released to the public and were only made in small, single-digit quantities.

The original shirt, a red box logo on a plain white T-shirt introduced in 1994, has generated lots of new design variations inspired by high-end companies and diverse cultures.

Here are some of the most popular Supreme box logo T-shirts from the brand’s 27-year existence, in order of appearance.

In 1998, Supreme launched its first store in Japan, in the Daikanyama neighborhood of Tokyo. Supreme developed a special Box Logo tee to commemorate the launch of Supreme Daikanyama. The Supreme Daikanyama Box Logo tee, also known as the Japanese Grid Box Logo, features a reimagined Supreme logo. The logo has blue crop marks on each corner and a cursor arrow to the left of it, as if it were drawn on graph paper.

This Box Logo T-shirt was released during the Spring/Summer 2014 season to commemorate Supreme’s 20th year in the industry. The iconic red Box Logo T-shirt (in various T-shirt color bases) was released as part of a capsule collection that recreated the two most memorable T-shirt designs Supreme released on opening day.

The light blue model appears to be the most valued rendition of this particular Box Logo T-shirt. This is most likely due to the fact that even a simple design, when made in a rarely seen or never-before-released colorway, may make headlines in the resale market.

Supreme once again exhibited its enthusiasm for the art world with this 1999 box logo T-by reinterpreting Pollock’s artwork Number One as the fill for a box logo. The capsule collection also featured tributes to Barbara Kruger, Jean-Michel Basquiat, and Keith Haring.

Supreme released a limited edition pink snakeskin box logo to commemorate the opening of the brand’s second Tokyo location. The snakeskin box logo shirt was launched in red, yellow, and black colorways in all Supreme stores in 2006, while the pink version was only available to those who attended the Harajuku launch.

Supreme released an accompanying box logo tee in 2009 to go with its second set of skate decks created in collaboration with British artist Damien Hirst. The final design was a white shirt with Hirst’s distinctive spot painting filling the box on the front and “Life’s a Bitch Then You DIE!” lettering on the backside.

Supreme opened their first European store in September 2011, with a split-level location in London. A white T-shirt with a Union Jack design was offered in both short- and long-sleeve variants for launch party guests and opening weekend shoppers.

The Sample box logo T-shirt is one of the rarest and most conceptually peculiar of all the Supreme box logo tees. The thought of a company vandalizing its iconic graphic logo design to the point where it’s unreadable is bizarre, yet it’s a testament to the logo’s iconic status that it’s still recognizable despite most of it being covered by black markings.

During the Fall/Winter 2017 season, Supreme opened its second New York City location in the Williamsburg district of Brooklyn, and it made headlines by releasing a tee with a yellow camo rework of its original Box Logo. The phone number for the store is printed on the back of the T-shirt.

The T-shirt, like most “Supreme” items, caused a stir when it first arrived in the hands of “friends and family” before being released to the general public.

In 2019, as part of his “Figures of Speech” display at the Museum of Contemporary Art Chicago, Virgil Abloh collaborated with Supreme. The Virgil Abloh Supreme Box Logo tee features the colors of the Pan-African flag.

For more than a year, the shirt displayed in the exhibit was the only known item in existence, as Abloh’s unique Supreme Box Logo tee was never distributed. Then, in July 2020, a second Virgil Abloh Supreme Box Logo tee surfaced, and at first, no one knew if it was real or not. The shirt, however, was verified to be a “second print test” and one of the few Supreme garments manufactured by Virgil Abloh.

Take a look at more iconic designs from the recent drops and buy Supreme T-Shirts at GOAT. 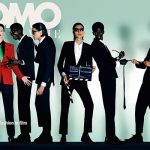 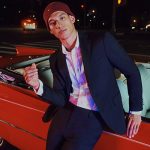