At first glance, the military and fashion don’t seem to have too much in common. In fact, fashion is probably the last thing that pops into one’s mind when talking about army-related matters. The reality, though, is entirely different. It may be challenging to find a field that has influenced the fashion world more than the military. Almost every piece of clothing that is in your wardrobe has a military heritage, including your t-shirts, wristwatch, or chinos.

That list doesn’t end there, though, and it shouldn’t come as a surprise. Keep in mind that army clothes have to be comfortable and durable. Isn’t that the essence of clothing? It is the main reason why so many items with military heritage have gotten into the mainstream. Here are 7 popular examples of this.

Camouflage clothing is an increasingly popular item for military-style fashion inspiration. The popularity of camouflage clothing can be traced back to World War I and to France, where they were initially used as a means of providing armies with concealment from their foes. As time went by, the use of camouflage went beyond the military. Although it was not adopted by militaries right away, camouflage clothing eventually found its way into the mainstream market. Today, it is one of the most recognizable items from army-inspired fashion and you can find pants, shorts, even US ARMY T-Shirts. It’s also the cornerstone of many fashion trends such as urban camo or digital camo.

The very first jeans were invented in 1853 in the United States. They were a working man’s apparel, and they were used by miners. It wasn’t until the turn of the century that jeans became popular among young people who wanted to look a bit more stylish. So, what’s the connection between jeans and the military? Well, during the American Civil War, Union soldiers from California adopted both denim pants and jackets. Shortly after the war, in 1873, Levi Strauss & Co. introduced its first jeans with rivets made from recycled gunmetal and brass. By 1890, Levi’s were already the most popular pants with cowboys and railroad workers.

A beret is a small, round cap that is typically worn by military personnel who serve in mountainous regions. These caps have been associated with the French Army since their inception in the 19th century. Berets were originally designed for practical reasons, but these days, they have become fashionable accessories. Berets are usually made from wool felt because it’s warm and breathable. It’s also soft to the touch, which makes it very pleasant to wear even when the weather is quite cool outside. And let’s not forget about its versatility! You can wear it on any occasion, whether you are going for a mountain hike or you simply want to look stylish at work.

Cargo pants are an essential item for military-inspired fashion and also for everyday life. In fact, cargo pants have been around for several decades and they were first adopted by military personnel during World War II. However, it was not until the 1980s when they emerged as popular streetwear items thanks to brands such as Ralph Lauren and Tommy Hilfiger who produced expensive brand name versions of them. In fact, Tommy Hilfiger was able to put his own spin on the basic design by introducing a number of innovations, such as pockets with flaps and padded knees.

Aviator sunglasses have recently become very popular across all fashion circles. However, if you are interested in aviator sunglasses for men, rest assured that they have been around for quite some time now! Today, almost every sunglasses manufacturer has a version of aviator sunglasses in their collections, so there is no need to go over the top expensive ones when you can find some great options at affordable prices.

Bomber jackets are arguably one of the most iconic items from army-inspired fashion, even though they were first designed back in 1913 by Schott NYC in America. Originally, these coats were created for military pilots who needed something that would allow them to easily move around while flying their planes in flight. It took quite some time for them to become fashionable items in the mainstream fashion industry, though! It wasn’t until the 1980s when bomber jackets became very popular among teenagers thanks to groups like The Ramones and The Sex Pistols who wore them on stage! Today, they are still one of those rare items that can help you stand out from the crowd!

Combat boots are one of those items that have helped shape army-inspired fashion into what it is today! If you are into military-inspired fashion then you most likely already own a pair of combat boots or at least you like them. What makes them so special? Well, in addition to being comfortable and durable, these particular boots also look great with almost any outfit! It doesn’t matter if you want to wear a suit or a pair of jeans and a t-shirt; if you have your combat boots on, you will always look awesome!

So, is military-inspired fashion right for you? It might be if you are looking to add some more options to your wardrobe or if you are looking to change up your current style. Of course, if you simply want to try something new, play with new patterns, or try new outfits then be our guest! Don’t forget that many items come with an army heritage such as cargo pants, bomber jackets, camo trousers, and combat boots. It’s easy to see that these items have become fashion staples in the industry and they are still going strong. So, what are you waiting for? If you’re looking for ways to play with your personal style military influenced fashion will be one way you can make a statement. Not only is it fashionable, but it will make you look tough as nails. Go ahead and give them a try! 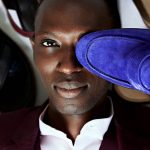 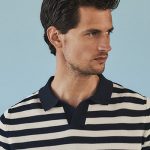