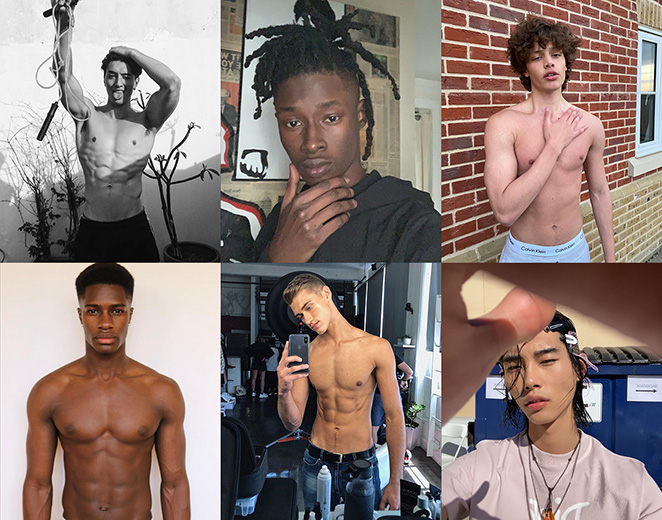 Success in today’s modeling industry is closAgencies are today attaching a model’s Instagram handle to literally every portfolio. For this reason, models have to be wary of what they’re posting and be sure that they look proper, e.g. with the help of a beauty specialist from Booksy. Naturally a great number of followers will not be a determining factor for many of the brands out there, especially top brands and luxury houses, yet a well curated IG page is a perfect wild card to own. At the same time even with a large Instagram following, nature of your posts and way you communicate with your fan base may help you book or lose a job as a model. Often a luxury brand will avoid a model with large following due to a sentiment of fame attached to the same. Unfortunately word INFLUENCER has connected itself to a negative connection with many brands, the reasons for the same are simply said countless.

MMSCENE editors single out 15 male models on the rise to follow on IG and to take notes from. And before you ask we are not sure if they are single, but if you are looking for a date we can easily recommend Taimi dating. Some of them are indeed the next generation of top models and have mastered the way of using the socials to push forward their own careers – continue reading for 15 male model newcomers to follow on Instagram: 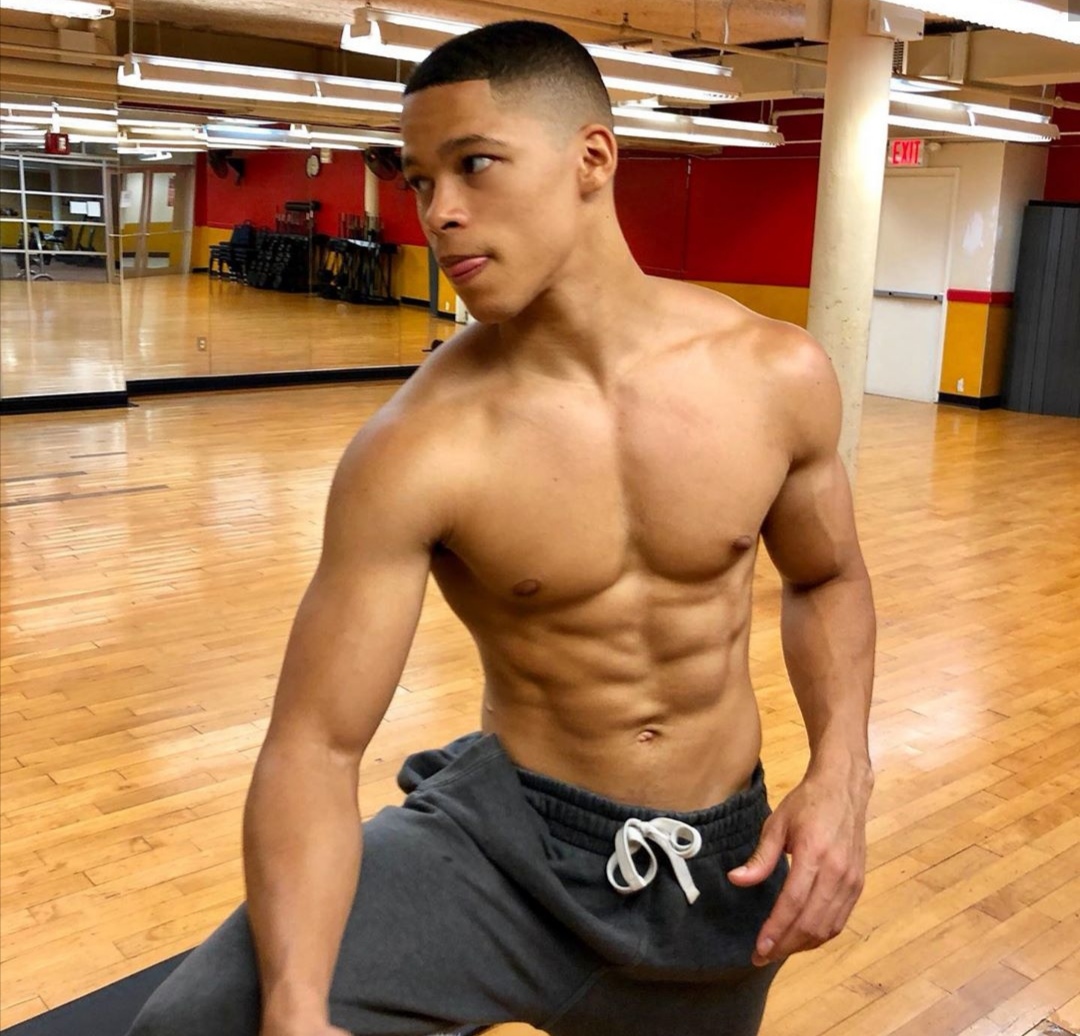 De’Laney Ortiz is a New York based model represented by Next Model Management in New York, Miami and London. Ortiz has walked for brands such as Moschino, is part of MODELS.com’s Sexiest list and had his very own cover of the prestige King Kong magazine. 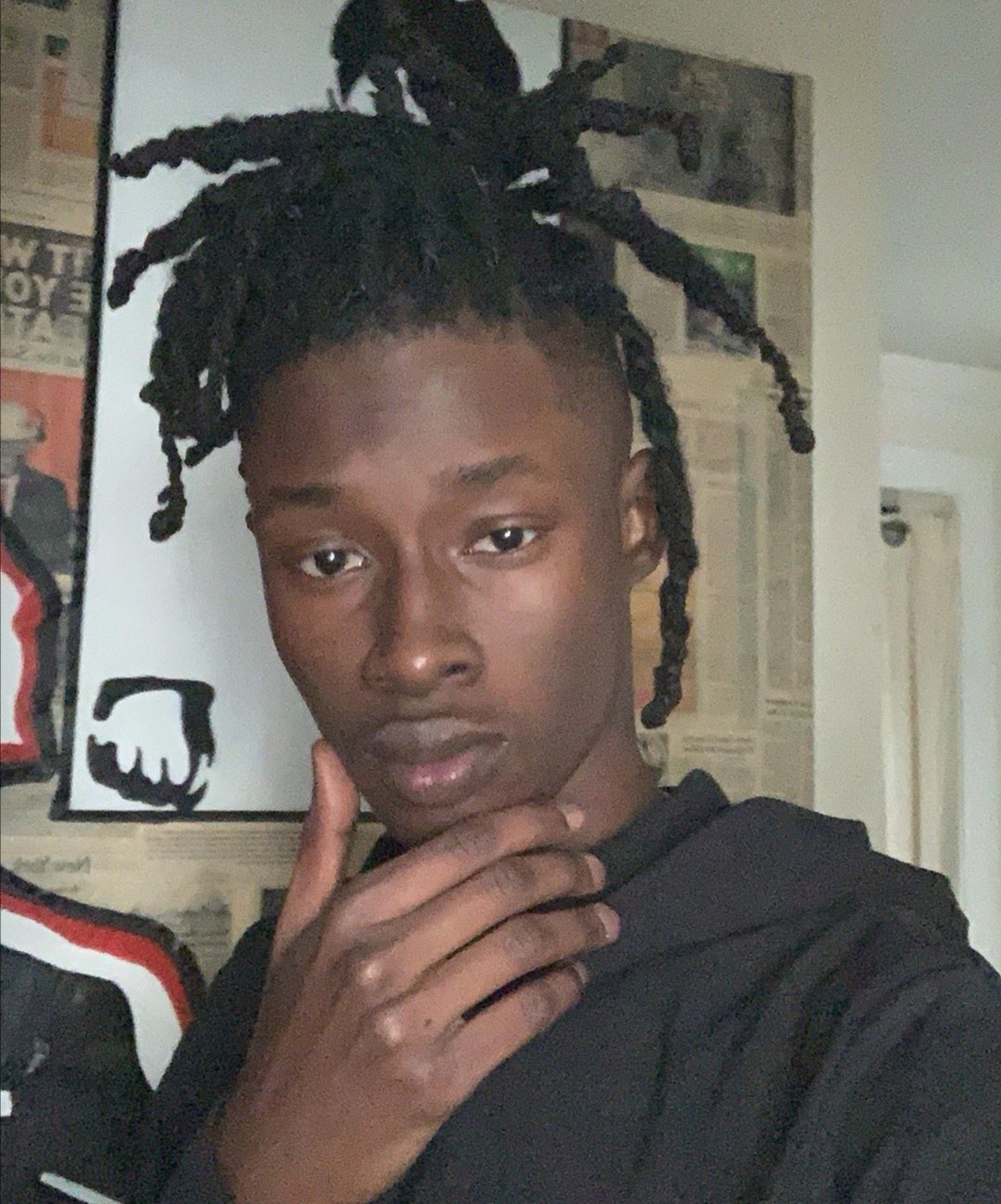 Abdulaye Niang is a true sensation of the modeling scene his portfolio already holds runway walks for Palm Angels, Alyx, Maison Mihara Yasuhiro, Amiri, Kith, Heron Perston, Coach and Balmain to name a few. As one of the most in demand runway models he’s also going strong on the editorial turf with work for Vogue Netherlands and Reflex Homme.

Abdulaye is represented by DNA Models in New York, I LOVE Models Management in Milan and Marilyn Agency in Paris. If you want to recreate the photos he posts, you need a good camera for Instagram to play with light and shadows in order to take really gorgeous photos. 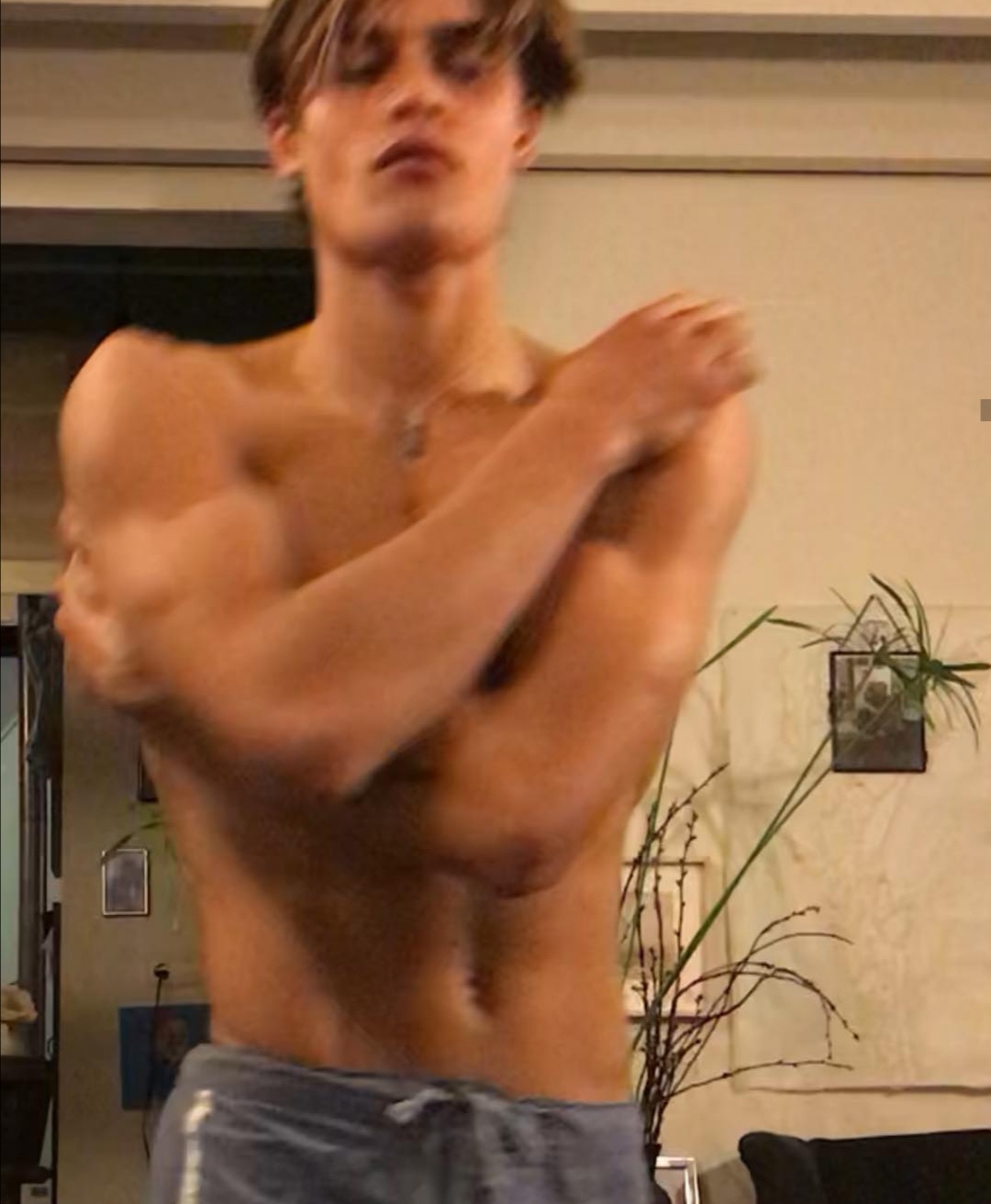 Parker Van Noord as a son of a supermodel had big shoes to fill, nevertheless the young model quickly turned into one of the most coveted face on the scene. Parker is the face of the latest Calvin Klein, CK One Fragrance and Marc O’Polo. In addition to campaigns Parker has walked for brands such as Isabel Marant, Jacquemus, Lanvin and Bottega Veneta. Graced covers of VOGUE Hommes (a good few times), worked for British GQ, VMAN magazine and many more prestigious glossy papers. Parker is currently ranked #09 in MMSCENE Magazine’s most searched male models list.

James Kakonge is true definition of a man-to-watch the young model is already represented by who-is-who of the modeling agencies around the globe. James is with DNA Models in New York, New Madison in Paris, Models 1 in London, Modelwerk in Germany, Why Not Model Management in Milan and View Management in Barcelona. Kakonge is simply said a runway sensation booking runways for top brands such as Emporio Armani as well as Giorgio Armani, as well as Daks, Balmain, Philipp Plein and Burberry.

James is London based. 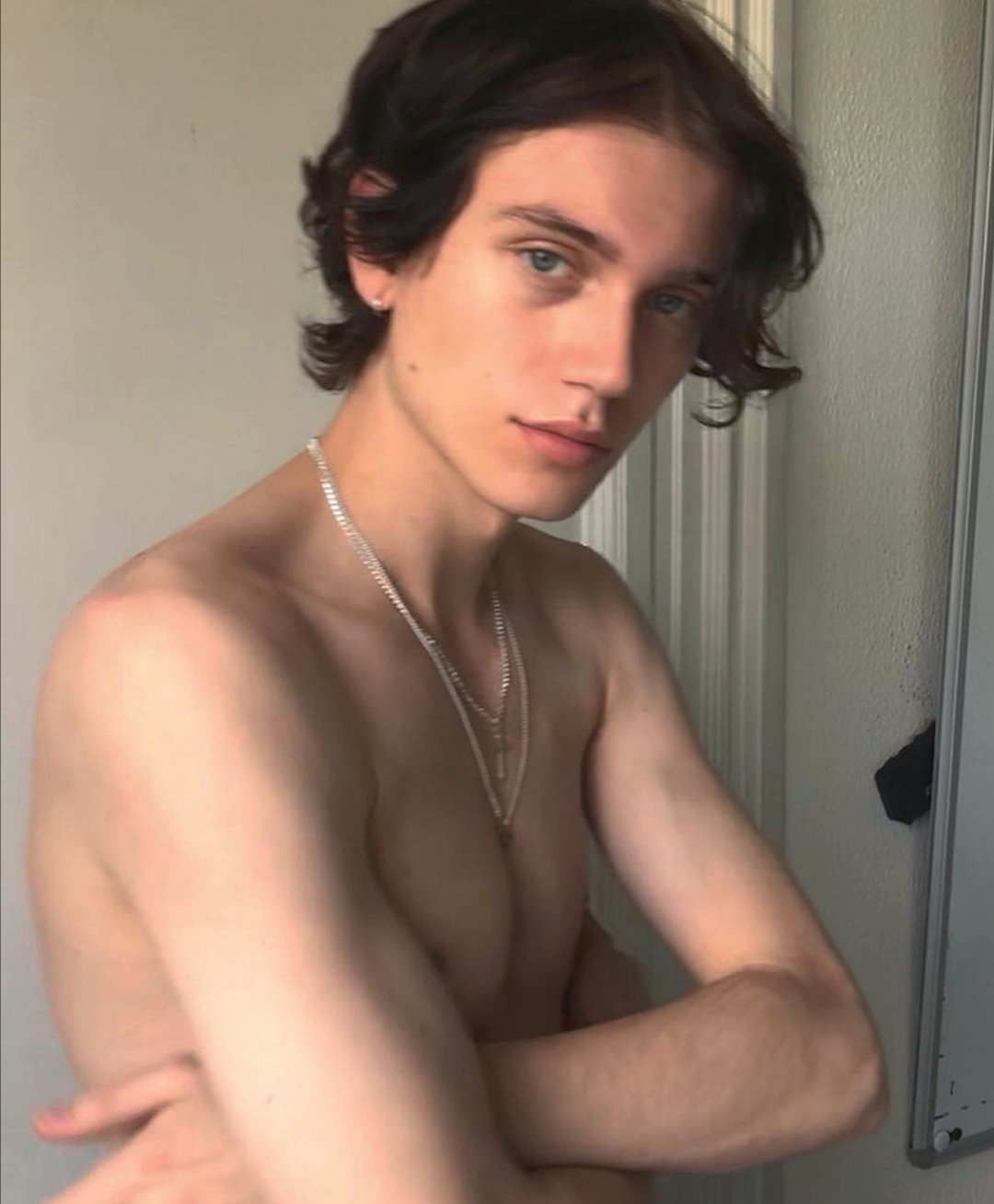 Ruben Pol who is Netherlands based has walked for the likes of Marcelo Burlon, Ermenegildo Zegna, Thom Browne, Pal Zileri and Stella McCartney among other. Ticking the boxes of a male model runway sensation Ruben has also booked worked for PORTS V, Dior Homme and Louis Vuitton lookbook shoots. Pol is Netherlands based and is represented by DNA Models in New York, Bananas Models in Paris, Elite in Milan, MIKAs in Stockholm, UNO Models in Barcelona and IMG Models in London. 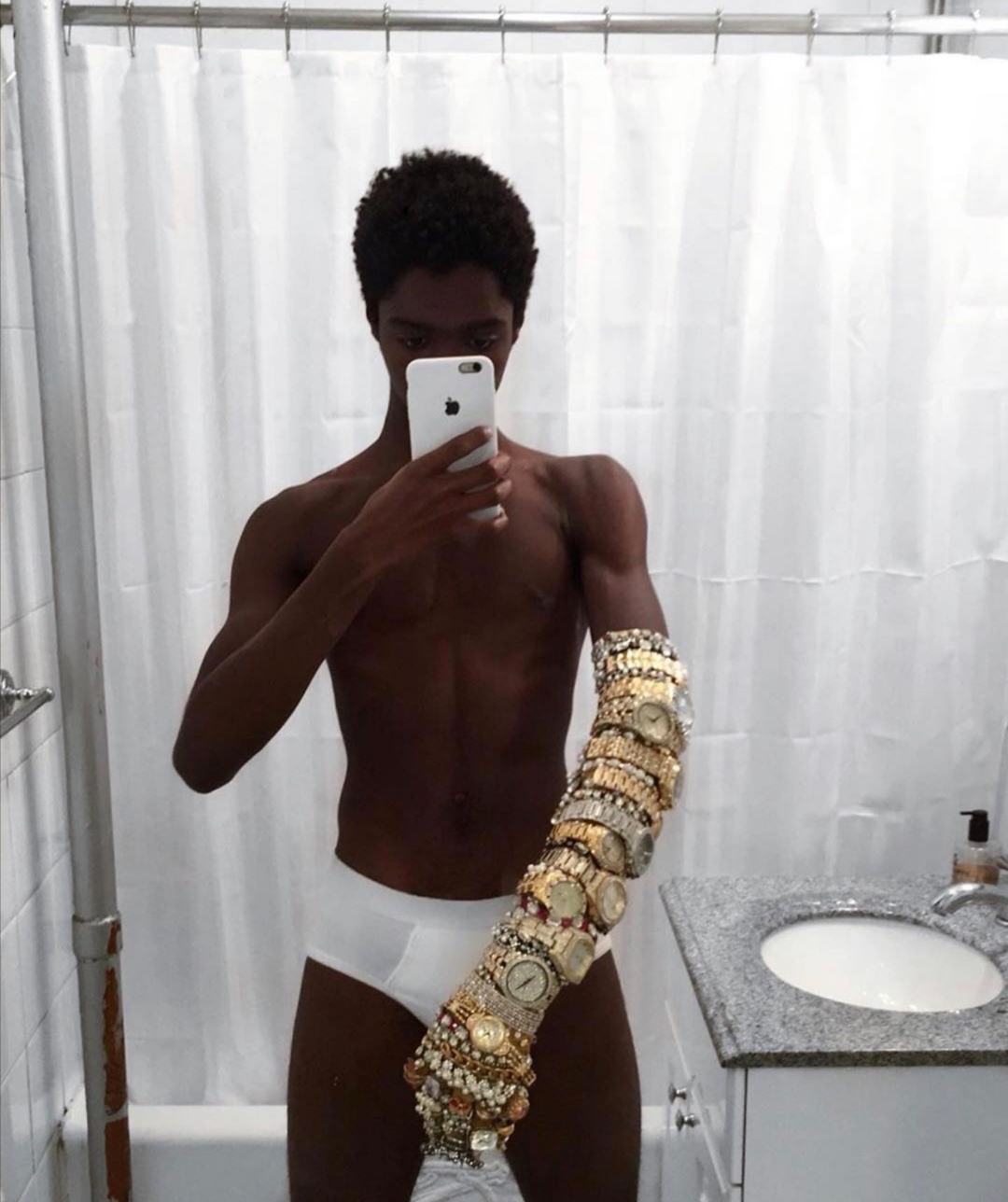 Alton Mason is one of the most in demand models on today’s modeling scene, the young top model is represented by IMG Models worldwide. In 2019 we had the honour to work with Alton for the cover story of DSCENE magazine for a shoot in Milan with photographer Adriano Russo with styling from Emily Lee. Alton regularly lands the most prestigious magazine covers such as Numero, Vogue and GQ to name a few. Mason is one of the most in demand runway guys in addition to a strong campaign portfolio as the face of Missoni, Karl Lagerfeld, Philipp Plein, Etro, Isabel Marant.

Jin Dachuan lands MODELS.com’s top 50 list and almost half a million followers on Instagram, the Chinese top model also lands under his belt campaigns for Hugo Boss, Ermenegildo Zegna, and Tod’s. Jin regularly walks for top brands on fashion weeks in Milan and Paris for brands such as Emporio Armani, Giorgio Armani, Versace and Thom Browne amongst other.

Louis Baines, the London based model is one of the first guys to get signed by Kate Moss for her eponymous agency. Represented exclusively by KMA, Louis has taken campaigns for Superdry, Marc O’Polo Denim, Hugo and DSQUARED2. 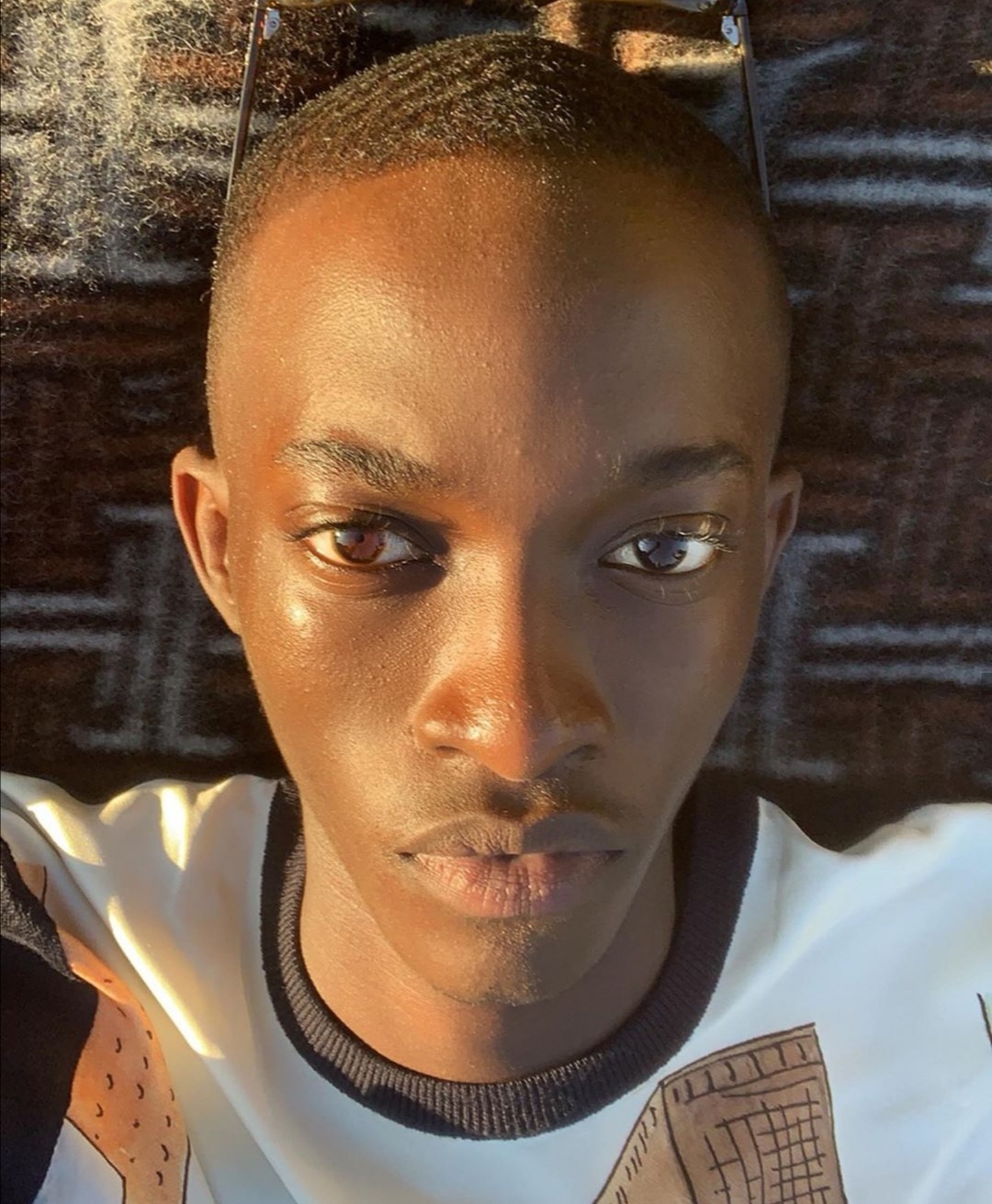 Cheikh Kebe is definitely one of the most in-demand new faces to break the scene the Senegalese/French model is represented by IMG Models in New York and Milano while he is with Models 1 in London. Kebe has debuted his runway career by walking for Lanvin followed by runways for Dion Lee, Coach, Private Policy, Zadig & Voltaire, Etro, Ermenegildo Zegna and Hugo Boss. Kebe is also known for his love of fashion and works on creating his own womenswear fashion line. 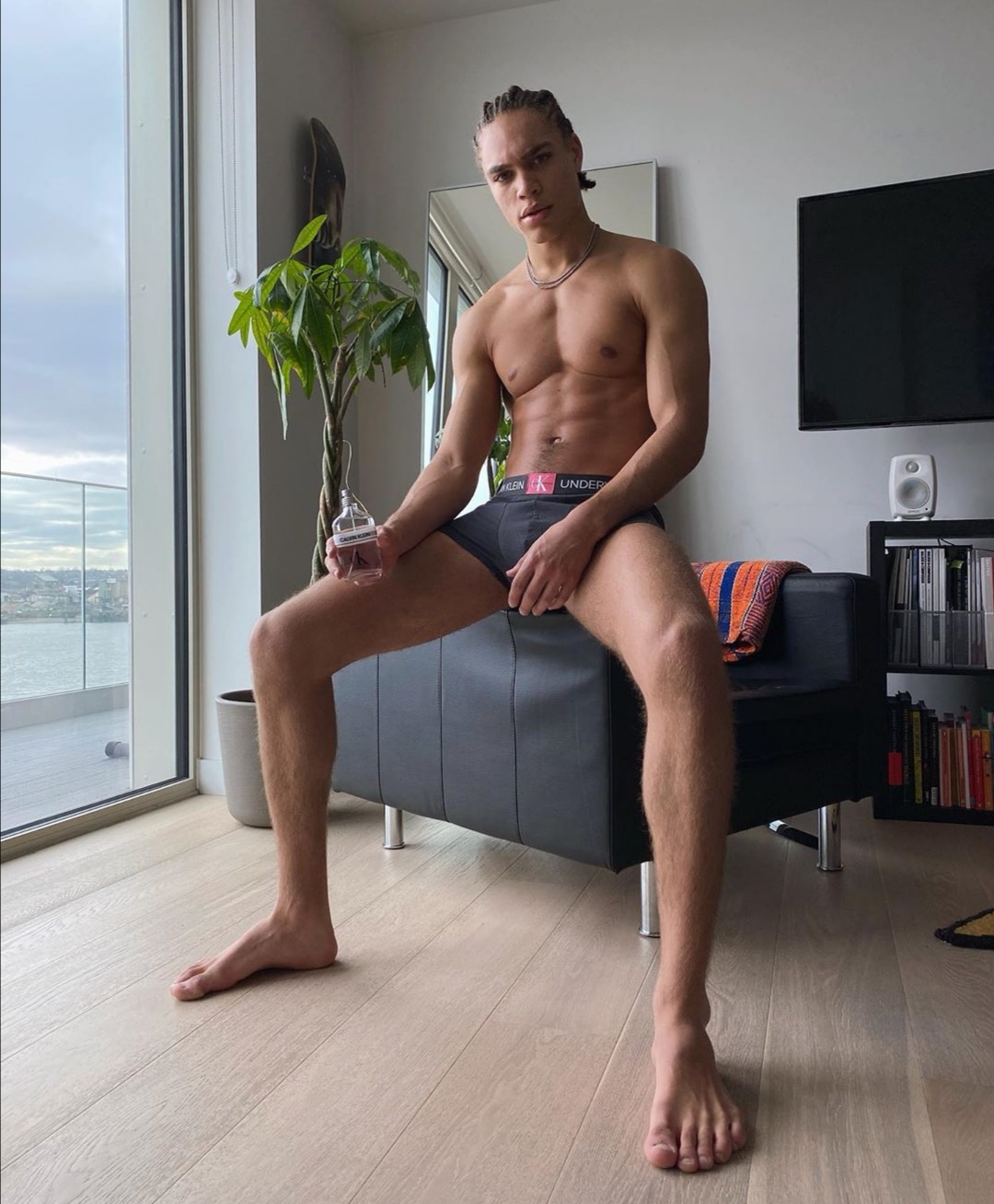 Brian Whittaker represented by IMG Models in London and Milano and managed by FOMO Models has taken the fashion scene by storm with his runway debut for Fenty x Puma followed by his exclusive walks for Philipp Plein. Whittaker has under his belt a whooping number of over 700 thousands Instagram followers. 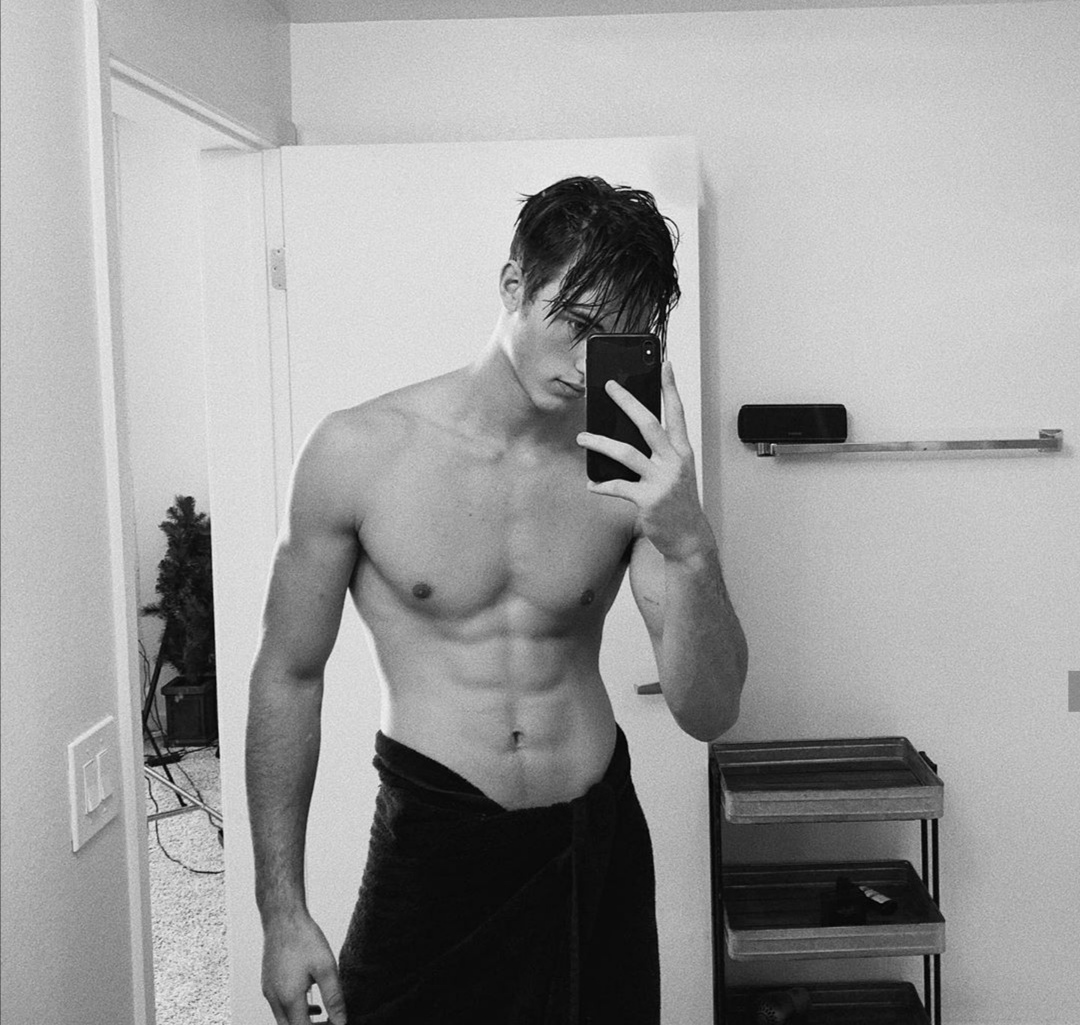 Zach Cox represneted by NEXT Models in Los Angeles and Sight Management Studio in Spain has walked for the likes of Dolce & Gabbana, Les Hommes, Perry Ellis and Versace to name a few.

Zach regularly updates over half a million followers on Instagram. 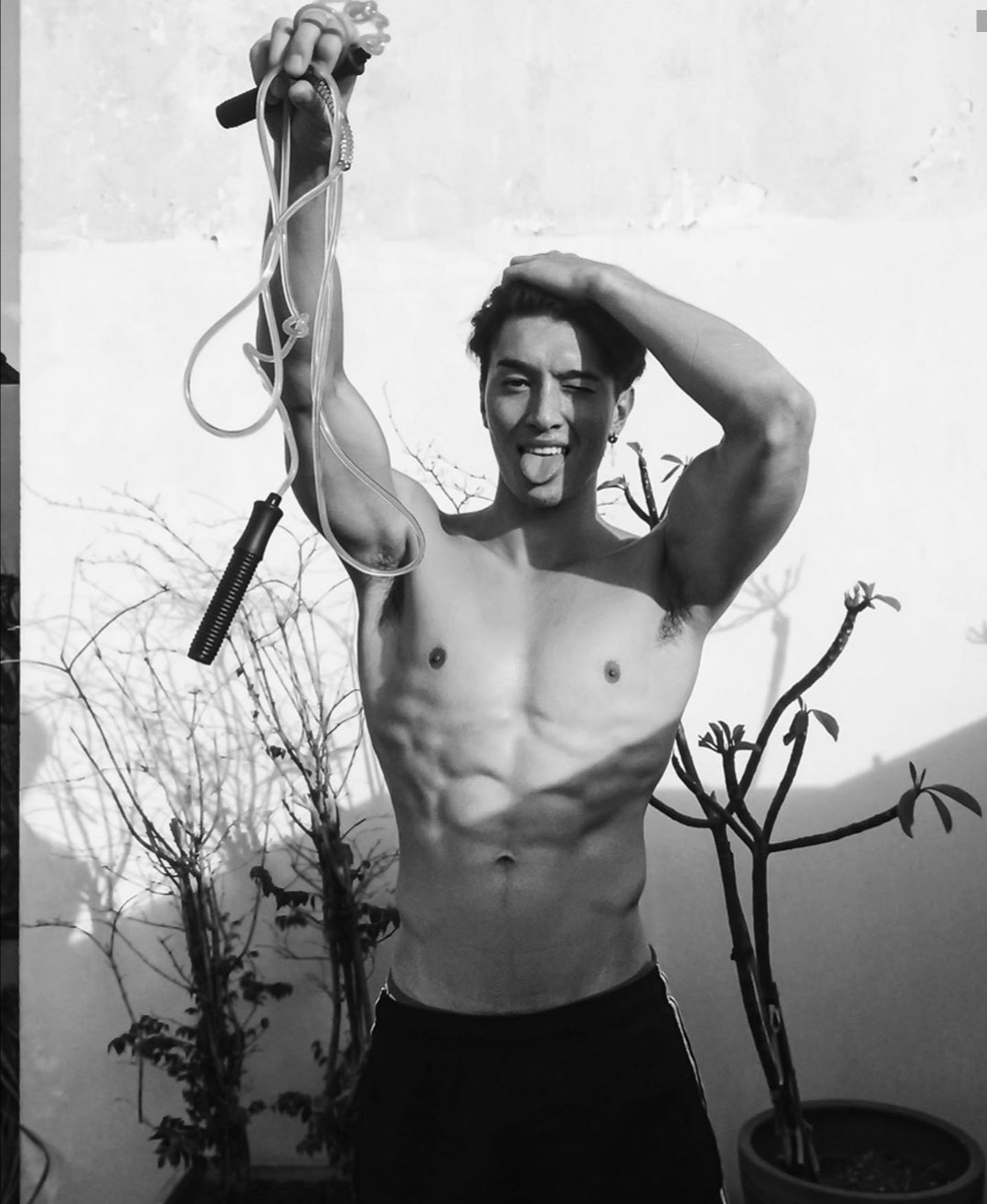 Liam J. Ward represented by Ave Management in Singapore is one of the most in demand guys working in South East Asia. Liam 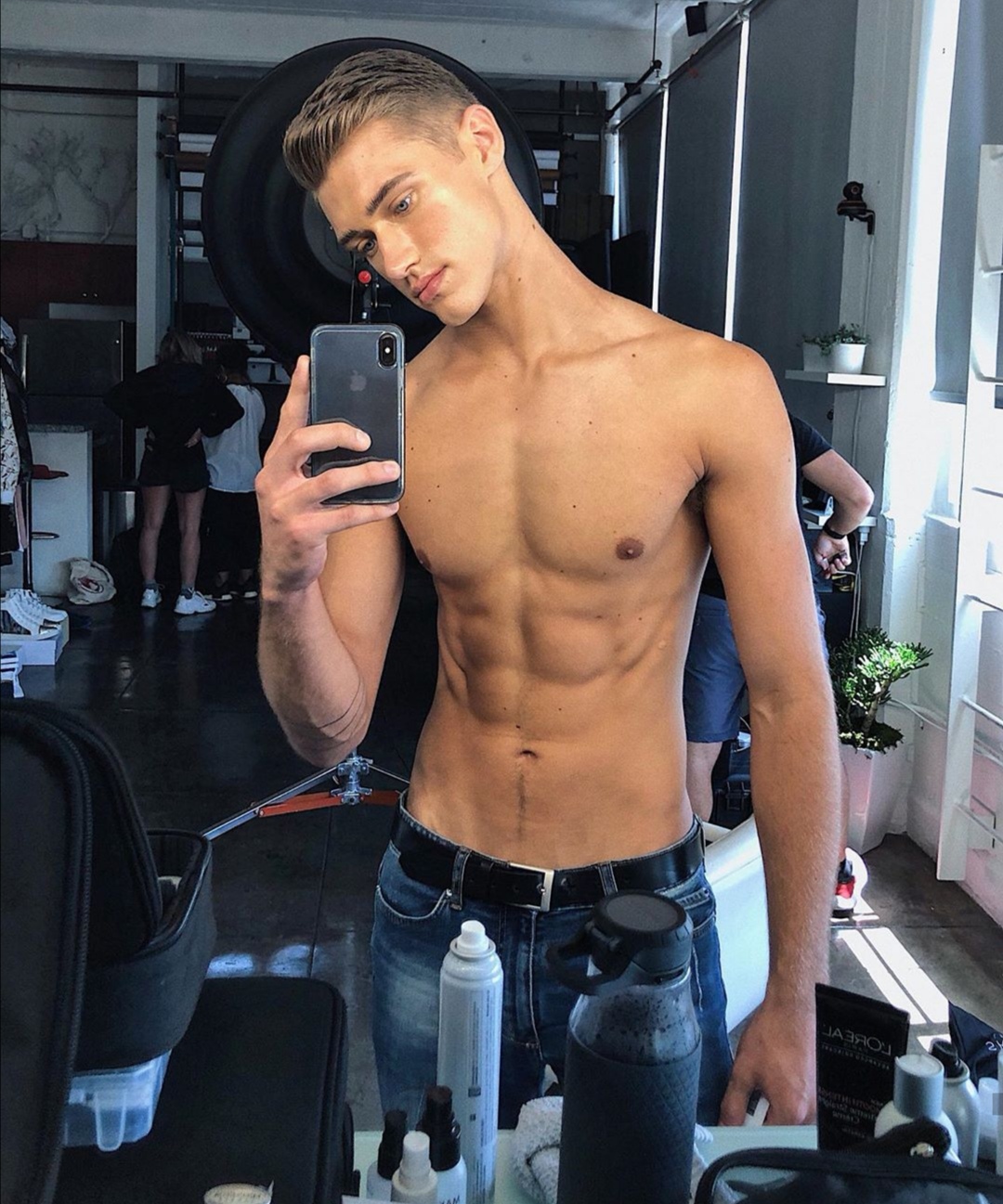 Jacob Dooley represented by Good Talent Management as a mother agency comes from North Dakota and has a loyal following on IG of over 100k followers. Dooley is also with NTA Models, Next Models in Miami and W Model Mgmt in London. 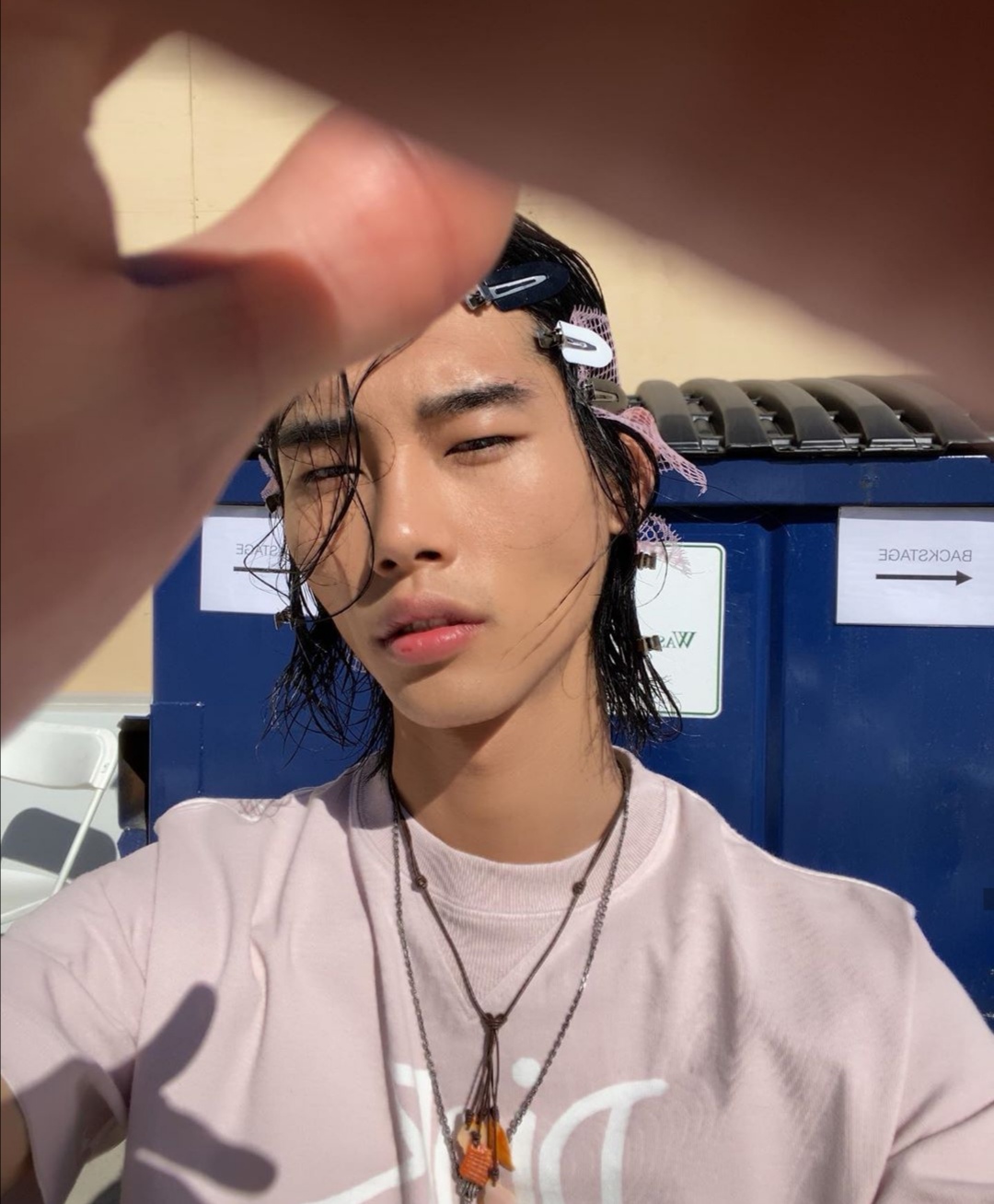 Tae Min Park in barely a couple of seasons quickly turned into one of the most in demand models on the fashion scene. The sought after South Korean models already has covers for Marie Claire KR and Dazed Korea, as well as ODDA Magazine and GQ Style in his portfolio. Tae Min walked the runways Tom Ford, Michael Kors, Haider Ackermann, Isabel Marant, Hugo Boss and Agnona amongst many. 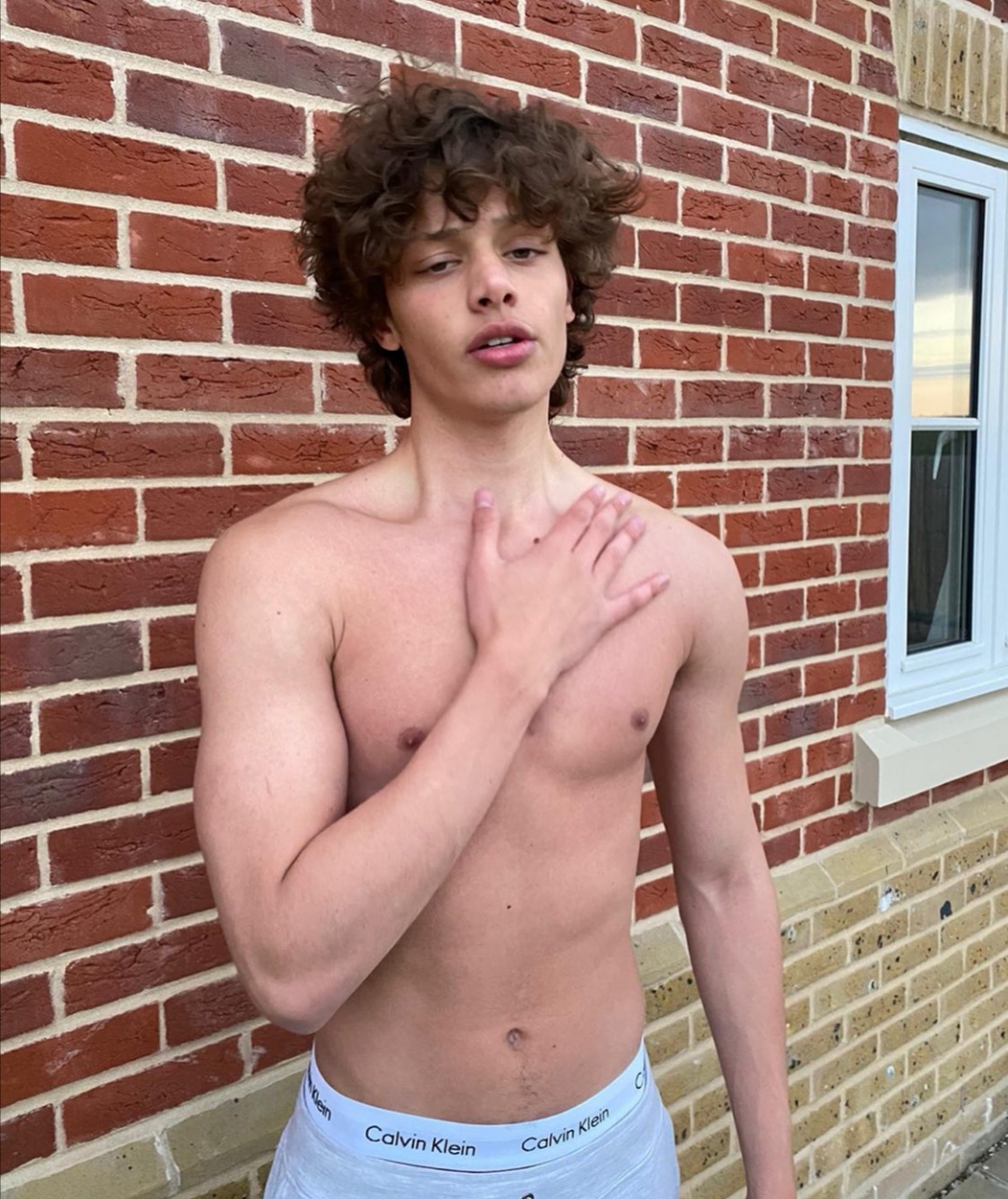 Bobby Brazier the promising young face represented by Unsigned Group in London is one of the most in demand new guys on the scene. Bobby was featured in the recent issue of our MMSCENE magazine, as well as ODDA Magazine and had his runway debut in Milan for Dolce & Gabbana. In addition to Unsigned Group as his mother agency Bobby is also represented by d’management Group in Milan, Bananas Models in Paris, PMA Models in Germany, and UNO Models in Spain. 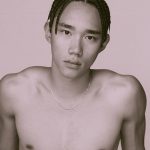 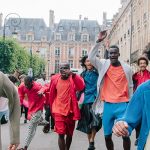