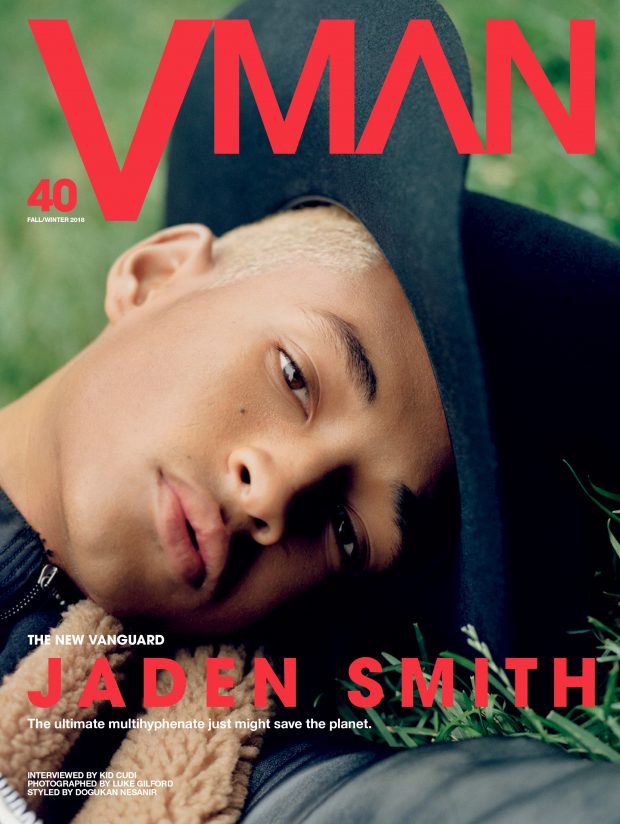 VMAN Magazine is back on the stands on August 23rd with three showstopping covers – starring TROYE SIVAN, JADEN SMITH and LUCAS HEDGES. Sivan and Hedges interviewed each other for the new issue while Jaden Smith talked for the issue exclusive with Kid Cudi.

In charge of the photography was Luke Gilford while the sty ling was work of Dogukan Nesanir. Scroll down for all three covers, outtakes from the interview and more from the cover story. 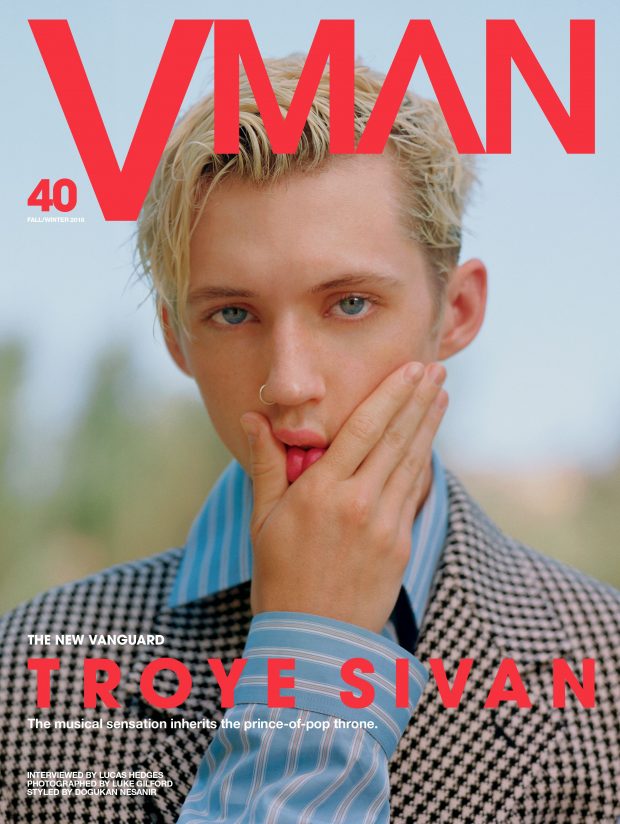 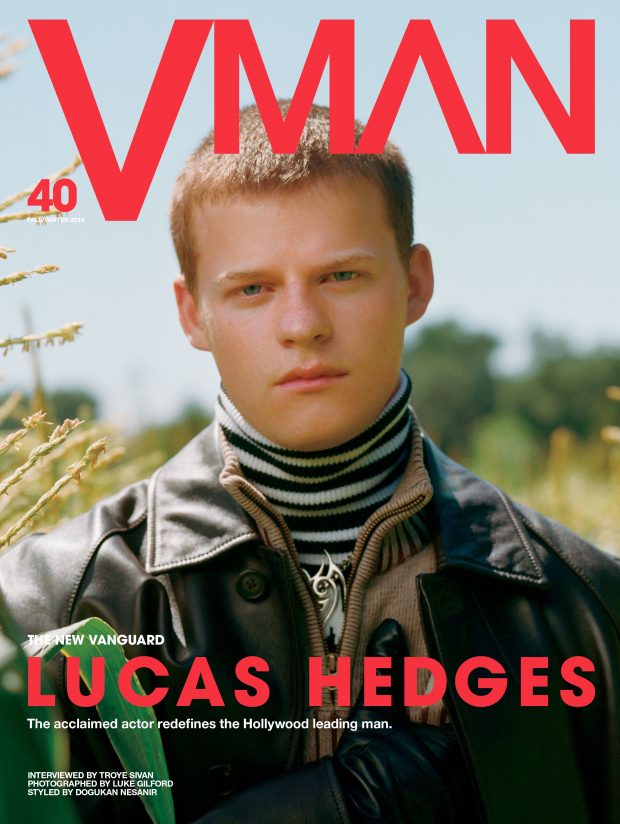 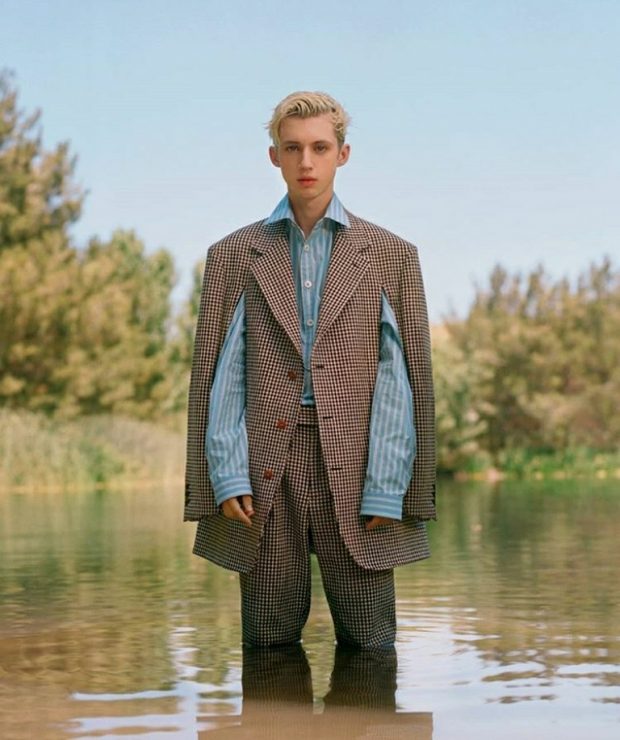 Lucas Hedges When you do your concerts, you have to bring your text to life—kind of the same as acting in many ways, but I imagine some of the words directly came from you and some didn’t; you have people who you write songs with. And you have to find a way to make it come from you every single performance.

Troye Sivan I’ve written songs about stuff that happened five years ago. For me, acting is the same sort of process. You’re taking a feeling that maybe you’re not feeling in that very present moment. When you’re acting, maybe that experience never happened to you. It’s scary because in music, I feel really comfortable and confident that I’ll be able to get what I want in the end. But with acting, you’ve got a set shoot day, the schedule is not run by you, you have to get it in that time. You kind of have to hope for the best, and also trust the people around you so much. I’m so lucky I got to work with all of you guys on Boy Erased, because I just feel so safe with the whole crew. 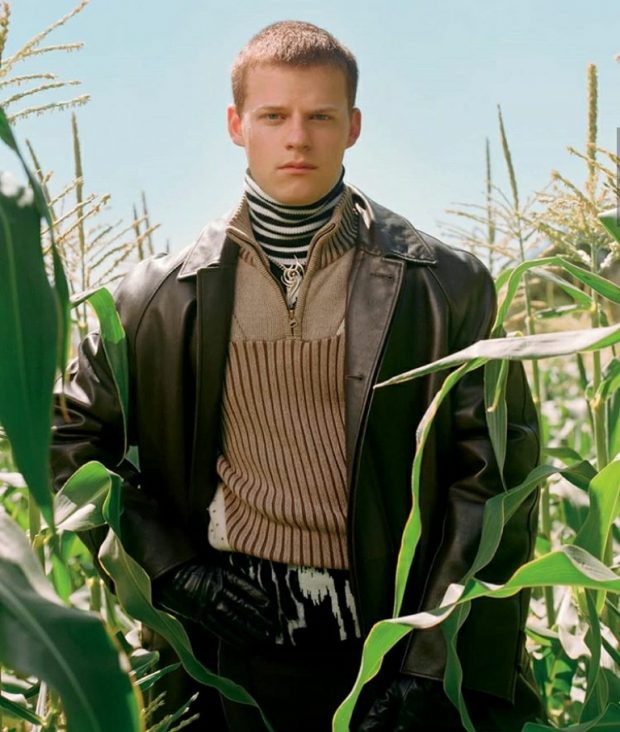 Troye Sivan: I’m really interested in your relationship with masculinity, because I feel like that’s always been a very clear-cut thing that I never had. I didn’t ever do anything that was stereotypically masculine. I didn’t ever play a sport; I obviously didn’t like girls. All that stuff was just not a thing to me and I feel like you, as a creative, sort of toe that line.

Lucas Hedges: It’s interesting that you asked me this because yesterday, my friend painted my nails, so I have this blue nail polish on right now. I’m walking around Florida right now and I’m noticing people look at me, like, “Wait, is that, huh?” At first, I hear the voice of the kids I grew up with, and the judgment of this familiar masculine voice I grew up around: “It’s weird for you to do this.” I also had this big golden hoop earring in and I experienced myself as beautiful. It was almost as if I was honoring and respecting my own beauty in a way that is not very typical in a masculine world. I think one of the most beautiful ways to portray a man is for them to get as muscular as you want, but also honor the beauty, you know? It seems like [men] put all their eggs into the “handsome” or “strong” basket. I think that’s such bullshit. This image of really muscular—and at the same time feminine—men is a beautiful collision. Somebody like Robert Mapplethorpe was able to depict such beautiful male figures. He has these photos of flowers, and then these gorgeous big male bodies. That’s just very intriguing to me. 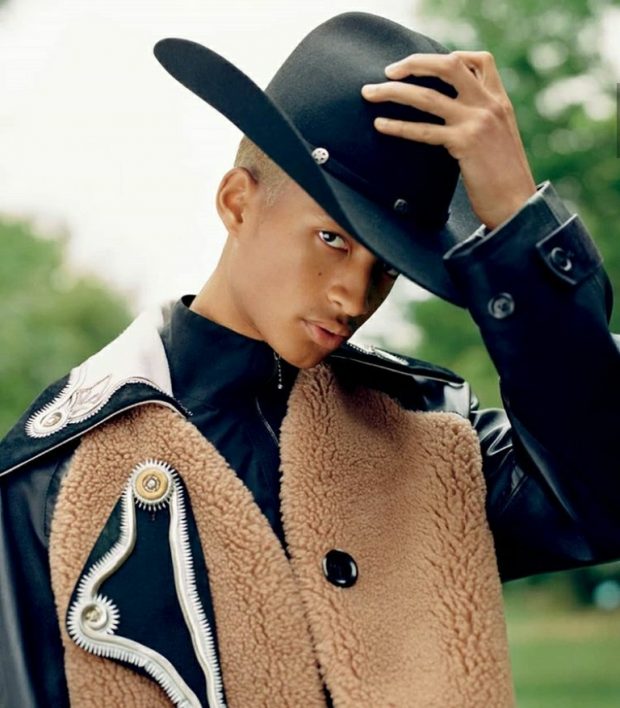 Kid Cudi It’s possible. I would love to do more music with you. I remember trying to encourage you to sing. I remember you were experimenting with it and I was like, “Man, just sing. Just do it.” Now, tell me a bit about your quest for sustainability. When did you realize you wanted to advocate for the environment?

Jaden Smith I started surfing when I was really young. I learned how the ocean is alive, and has tides. Then, I learned about the environment and the ecosystem, and discovered we’re putting out so many CO2 emissions, creating plastic for agriculture and even for processed meats. We start to overheat the planet, melt ice caps, and water levels start to rise. It’s only getting worse. That’s why I started Just Water; I wanted to create a bottle of water that was more sustainable, had less plastic, and emitted less CO2. Right now, I’m trying to launch this water filtration system in places where the water quality is very, very poor, which is sadly a lot of places in the world right now. I got on my whole quest at age 11.

Pre-order your copy in print or digital on vman.com