Men’s diamond rings are only one of the jewellery pieces men are sparking an in interest for these days. That said the trend is hardly a spark, there is a huge demand for necklaces, bracelets and earrings. In addition men’s watches are today in a league of their own, often bejewelled the cost of a watch can be the one of a smaller house. Thus men’s watches industry is one of the most lucrative in the menswear accessory niche.

While in the centuries behind us men’s diamond rings and necklaces were exclusively reserved for royalty and the wealthy today the same are a must-have trend. Our Editor Zarko Davinic explores the rise of this trend through a special guide through the history of men’s jewellery on everything from a men’s ring to an expensive necklace.

Going through the portraits of male royals on many occasions the opulence and the dedication of male monarchs to their diamond jewellery was more than just a taste. Instead it was a true obsession and a way of living.

Especially known is the portrait of the infamous Henry the 8th coming from the workshops of Hans Holbein and his son. The iconic portrait is depicting the royal literally covered in jewels. Tudor Monarch for this defining portrait is seen dripping in gold jewels. He is sporting a total of 6 diamond rings, two massive diamond and pearl necklaces. While the garment itself is lined with countless gold encrusted diamonds and pearls along with it’s gold and silk lining. Simply said great jewellery of the time knew no gender especially if you were a monarch.

Another in this history of men known for wearing truly fascinating jewels, skipping the slew of Roman emperors and Egyptian pharaohs, were Indian royals. While in the western society the diamonds and gold would present the power and wealth in India both had a far deeper meaning. For Indian royal families in the 19th and 20th century jewels had also a symbolic religious afterthought. The bigger the stone the more religious and devout was the man. Maharajas of the time who spared no expenses on their jewels were especially known amongst the European and American jewellers.

If the late 20s and early 30s had an influencer it was Maharajadhiraj Raj Rajeshwar Sawai Shri Yeshwant Rao II Holkar XIV Bahadur, or short Maharaja of Indore. At an early age of 17 he succeeded his father and was bestowed with full powers. This influencer of the Jazz Age was especially known in Great Britain as well as the United States. Married young to Maharani Sanyogita, also educated in England, the royal couple was the talk of the town on both sides of the Atlantic. Recognized for their contemporary taste the wealthy Royal couple admired architecture and art deco, jewellery and enjoyed cosmopolitan life. The young royal couple often took lavish trips around Europe and The United States. They were known for commissioning architects such as Le Corbusier as well as artists such as Brancusi. The legendary diamond jeweller Chaumet worked on exclusive pieces for Maharaja of Indore and his wife. On the portrait above by de Monve you can see a set of earrings known as Indore Pears (forty-seven carats each), set as the part of a diamond necklace by Chaumet. The famous earrings and necklace were sold in 1946 to Harry Winston. The famed couple was even captured by legendary photographer Man Ray on their romantic trip to the Cote d’Azur. The portrait above by de Monvel was auctioned three years ago at the world famous Sotheby‘s and reached a price of 2.5 million euros. Two million more than originally estimated!

First one to spot the rising trend in men’s jewellery was the late fashion designer Karl Lagerfeld who himself was known for wearing Suzanne Belperron brooches from the early 30s and 40s. In addition to brouches, rings became a part of Karl’s attire quickly turning into his signature style. For Karl when it comes to the number of rings simply said ‘the more the better‘ mantra always applied.

Yet, Karl was hardly a pioneer of men’s jewellery. While in the 70s throughout the 80s men’s jewels hardly ventured from a watch to a simple wedding band. Nothing more was in play. The decades were a true standstill for men’s jewellery. Yet if you were to wear an earring or two in the 70s you were one of those rebellious hippies. Today the restriction are falling on all sides with the line between men’s and women’s ring is starting to vanish.

No longer considered a female territory we are now witnessing men purchasing jewellery more than ever before. There’s no better sign of the rise of the men’s jewellery than the fact that even the high street is taking the advantage of the trend. Men’s collections from brands such as Zara and H&M all include affordable jewellery pieces. While men’s diamond rings as well as silver and gold rings are now permanent part of collections from top brands such as Gucci, Versace and Dior Men. Making the most of the trend are brands such as Dior where Ambush’s fashion designer and founder Yoon Ahn was enlisted for the task. The young designer takes the helm of jewellery collections for menswear collections under British designer Kim Jones.

Today’s celebrity culture itself is driving the jewellery trend. Always bold to take on wearing jewellery were the hip hop stars. A$AP Rocky himself is one of those stars pushing the trends. Rocky is almost never without a pearl and a men’s diamond ring. The rapper is also a fan of opulent necklaces dripping in diamonds.

Today’s influencers are noticing the rise of the men’s jewellery trend and taking action. While the market for hoodies and t shirts is beyond over-saturated Instagram‘s top guys are taking in on the jewellery design. Producing their own jewellery from men’s rings to necklaces is a new opportunity for male male models turned influencers. With a few hundred thousand loyal followers a few are already standing out capitalizing on their social networks.

Such is the Spanish supermodel and cover star of MMSCENE Magazine Xavier Serrano, who shy of a million followers launched Inaurem his own line of gold bracelets and necklaces. The handsome fashion and fitness model Diego Barrueco worked on the Almost Home. His line is focusing on chunky cuban link bracelets and necklaces as well as rings. Another model turned designer is Biel Juste who just launched a collection of rings called Twojeys, embodying his own bohemian rockstar style.

Finally, when selecting good jewellery look for pieces you will wear instead of the same wearing you. Whether you are choosing a men’s diamond ring or a necklace make sure their presences matches yours. Whatever you choose, once you get a taste for wearing jewellery you are bound to join the club of powerful people wearing powerful jewellery. 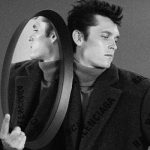 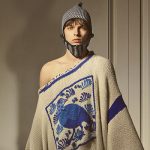