Is the flip flop out of fashion? Quick answer – yes. Unfortunately flip flops for men are not on the top of every possible trend report. However, do people still wear flip flops – the answer is also a resounding – Yes!.

MMSCENE menswear Fashion Editors are investigating the longevity of the flip flop, going into the origins of the style, the longstanding resilience of the same, and the ever higher potential of flip flops making a comeback.

Evolution of Flip Flop is a long one, and we are talking more than one millennia! Flip Flop for men and women or initially a sandal is one of the oldest forms of footwear known. The first flip flop dates back to 4000 BC. Frescos uncovered in the royal tombs in Ancient Egypt feature the first images of the flip flop. The images show Pharaohs wearing a very blinged out version of the flip flops. The Royal British Museum houses the oldest flip flop dating back to 1500 years BC. Yet the style is universal throughout centuries, the British Museum alone holds a plentiful number of flip flops coming from various regions in Africa, China and South America. The flip flop style of sandal is to this day popular and handcrafted by various tribes in Africa. Materials used were natural, the museum holds sandals crafted out of palm tree leaves, straw, papyrus as well as natural rubber.

The flip flop had a major comeback after world war 2. The flip flop as we know it today was launched by designers in Japan who utilised the nation’s massive production of rubber. Quickly after the Korean War in the 60s the flip flop became a go-to for everyone heading out to the pool or beach. The flip flop was one of the first massive exports for Japan after the world war. Thus in many countries the style to this day is known as the ‘Japanese sandal‘.

Today the Flip Flop is still a major puzzle for numerous shoe manufacturers throughout the globe. And rightfully so, by various reports the global flip flop market is valued at 21.9 billion US dollars with expectations of reaching the 23.8 by the end of 2025.

Why Are Flip Flops Not In Trend Anymore

Flip Flops may easily be called a true style disaster, and it is hard to find any stylist who can deny that. Yet there is a time and a place for flip flops. The piece of footwear is no longer on top of trend reports. Instead it has turned into an essential – a piece of footwear many of us are to buy once a year.

Flip flops for men also suffered massively from overexposure of various trends in the 00s. Flip flop is also connected to the infamous outfit of the “The Abercrombie Guy” – A&F employees were forced to wear flip flops at all times on the floor of the stores. Till a few years back we could still see the sandal on the runways in Paris and Milan. Certainly fashion’s top brands are still producing flip flops for men and women, yet those are not on runways and in the fashion campaigns. Nevertheless even the most prestigious brands are bound not to let out the piece of the cake coming from the flip flop market. The design is easy to produce and requires very little material even when brands do try to create it out of far more luxurious material than a rubber imprint.

The Era of The Slide

Another major player taking the spotlight away from the flip is the slide. The manufacturing is the same if not even easier. The rubber and plastic materials are cheap to produce in thousands and distribute quickly to the shelves. Furthermore the slide goes hand in hand with the logomania. The logo is displayed much easier on the slide than on a flip flop. Thus the style has a much larger appeal to the general shopper looking to show-off their latest luxury brand purchase. Top fashion brands from Paris to Milan and New York will most definitely display a pair of slides next to their luxury bags often costing more than a car. The slide as well as the flip flop are often the most affordable piece of footwear in a luxury store. Rightfully so the shoppers wanting to own a piece of the brand are to grab the slide. The slide itself is at the moment climbing down from its peak. The style turned into such a mainstream that today it is often worn with a pair of socks outdoors whatever the season. However the saturation of the market with slides has simply peaked in the past seasons. Could this open the door for the comeback of the flip flop?

The Sustainability Effort as The Future of the Beach Footwear Category.

What slides and flip flop manufacturers surely have to battle with in the future is the sustainability aspect of their product. The flip flops bought at least once a year are in a way fashion’s foremost ‘single use‘ product. Thus brands looking for longevity on the market are also working hard on taking care of the planet. The leading flop flop brand Havaianas is today offering their reCYCLE program. You can simply bring an old pair of Havaianas to their drop off points or any defunct flip flop and the brand commits to recycling. The old footwear is recycled and turned into reusable energy in the brand’s cooperation with SBC – Solutions Group is a US recycler looking into innovative use of recycled plastic.

Environmental consciousness is surely here to make us feel better over wearing a pair of flip flops for men or women. 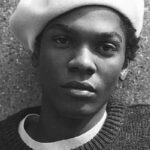 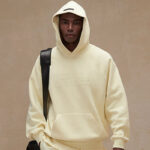