Despite the tightening Covid19 restrictions Camera Nazionale della Moda Italiana has now confirmed the final schedule for the Fall Winter 2021.22 men’s fashion week season in Milano. In 40 brands taking part of the schedule four have announced runway shows. Etro, Dolce & Gabbana, Fendi and the new addition to the schedule KWay have all confirmed runway shows. Nevertheless, the presence of the audience has not been confirmed by the show. However, both in June and September the brands have hosted a limited live audience whether showing in closed or open venues.

Other thirty-six designers are to present their collections via scheduled live streams, on their own web pages as well as the official web page of the Italian Chamber of Fashion. Ten of the brands are presenting as part of Milan Fashion Week for the first time KWay with a runway joined by Solid Homme, Dima Leu the winner of Who’s Next 2020, Vaderetro, Dalpaos, Dhruv Kapoor, Tokyo James, Lagos Space Programme, Bloke and Nick Fouquet- Federico Currad.

Milan Fashion Week is also a start of a partnership between Camera Nazionale della Moda Italiana and Fashion Film Festival Milan. “The 7th edition of the Festival will in fact be covered on CNMI’s digital platform from 13 to 19 January 2021. The selection for this year’s Festival numbers over 200 fashion films out of the over 1,000 competing entries from 60 countries  – Iceland, India, Singapore, Colombia, Brazil, China, Vietnam and Mexico, to name but a few,” shared Carlo Capasa the Chairman of CNMI.

While Giorgio Armani is visibly absent from the menswear fashion week schedule due to the label’s joined presentation of men’s and women’s collection in February the list still holds powerhouses of Italian fashion. After multiple years of dispute between Dolce & Gabbana and Camera Nazionale della Moda Italiana this marks the first Fall Winter season to see the fashion house back on the official schedule. Another highlight of the schedule is the Prada collection, which is to be the first menswear collection since Raf Simons teamed up with Miuccia Prada as creative director of the Italian Fashion house. 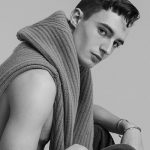 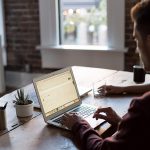