For the single man, there’s nothing better than living the bachelor’s life, right? Just think about it… You and your boys can head to the club every weekend, at the drop of a hat you can hop on a plane to go anywhere you want without answering to anyone, and most importantly… the women! As a bachelor, you have the freedom to see or date whoever you want with no strings attached… it’s the ultimate form of freedom, right? … Right?

When you’re a bachelor living in the moment of “bachelor-dom,” the thought of giving up that lifestyle is unfathomable; it’s a dream you never want to end… so you thought. Eventually, the drunken nights become exhausting, juggling different women start to become a task you don’t want to deal with anymore, and the club scene just starts to lose its luster… all of a sudden you find yourself being over the bachelor life.

What has happened to you? You are now finding yourself in the very place you swore you’d never end up being. It’s nothing to be alarmed about though… it happens to all men at some point in their lives, where they no longer want to play the game but just want to retire the jersey. Some men reach this point sooner than others while others aren’t sure if they’ve hit that point or not.

According to relationship experts, it’s hard to nail down the exact age when a man is ready to settle down but the dating experts of the “Three Day Rule” state that men can show signs of wanting to settle down at around the age of 28 years old but because it’s so hard to say, they say men in their late 20s to early 30s is when most men come to that realization. If you’re one who’s not quite sure if you’re done with the games, there are some signs that will definitely let you know that you’re over Ms. Right Now and Ready for Mrs. Right.

You’re Exhausted of “The Chase”

As a bachelor, the funnest part of picking up women is the chase. Marie Claire states that men love the thrill of the chase from their competitive nature and when women seem to be inaccessible, among other reasons but once the chase is over, guys can seem to lose interest. Chasing comes in different forms these days too. The only way to chase used to be by going to a club or bar and conversing with different women to see how many phone numbers you could get but in today’s digital era, you can chase without leaving your bachelor pad… you can even chase while sitting on the toilet! How is this? By way of the internet.

Through dating apps and social media, men have the ability to flirt, chat, and set up a date, all with the tap or swipe of a finger. So whether you’re sliding on the dance floor or sliding in their DMs, you have to work to get the attention you seek, and that’s where the problem is… you’re tired of putting in the work to get what you want. You’re tired of buying drinks, buying dinner, and you’re tired of pretending that you care when you really don’t… After a while, all of that gets old and you don’t feel like chasing anymore.

You Spend Friday Nights at Home

You Start to Feel Guilty For Using Women

As a bachelor, you know exactly what you want and what you’re looking for when you go to bars and nightclubs. For the most part, you continue to pick up different women knowing your intentions aren’t good, all with a clear conscience. But as your own feelings about dating start to shift, your perception of your own actions make you feel guilty about what you’re doing to women. Some women may have the same intentions as you but regardless, deep down, you don’t feel right about it and club hopping just turns into a big guilt trip that you just don’t want to go on anymore.

You Want More Than a Physical Relationship

If you’re not careful, you’ll slip up and no longer yearn for the physicalities in a woman… you’ll soon start to yearn for affection and emotional support from a woman. Once you find a woman who can give you that and more, you’ll then find yourself shopping for engagement rings! Something you never pictured yourself doing! Now, it won’t necessarily happen that fast but when you find yourself wanting more, it can feel like you’ve been hit by a truck!

Your idea of a good time will soon turn into Friday nights in watching movies all night. When you want more out of a relationship with a woman, you’ll soon see that you have to be able to connect with a woman on a level outside of the physical. You’ll question what is she bringing to the table that will make you better and what can you bring to the table to make things work. When the physical aspect is out of the picture, you begin to see a person for who they really are. 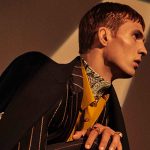