If you spent some time on social networks or you followed the recent collections, you must have noticed that fashion-conscious young people wear something reminiscent of an oversized knitted sock with a hole on their heads. Balaclava joined the race for the fashion trend that will mark this year. Social networks are full of posts about balaclavas, the various styles, celebrities wearing them, or even how to knit one yourself. The popularity of this fashion accessory has grown especially during the colder months because it combines comfort with necessities – warmth and masking. Balaclavas are mostly made of wool, mohair or some other knit, and they can be made so that either the whole face or only the eyes can be seen through the hole.

Although it became a trendy piece at the end of 2021, the balaclava was first used in 1854 during the Battle of the Balaclava, which took place during the Crimean War. It is, of course, named after the municipality of the same name, which is now part of the city of Sevastopol. The balaclavas were worn by British and Irish soldiers during the battle of the same name, who were mistakenly sent to the battlefield in summer uniforms. When news of the soldiers ’poor equipment for the harsh winters that dominate the region reached back to the Island, the British began knitting balaclavas and sending them to the battlefield. Balaclavas are also worn by those who want to partially hide their identities – from law enforcement to terrorists, protesters, football fans and many others. While until recently they symbolized danger and nonconformism, today they can be seen in humorous and stylized contexts. The surge in popularity was also caused by the global pandemic and the need to mask up.

Also, the balaclava became very popular with rappers who pay attention to their style game, names like Quavo, A$AP Rocky, Gunna, Kanye West and more can often be seen wearing balclavas from famous designers. The late designer Virgil Abloh and his colleague Raf Simons, as well as fashion houses and brands Givenchy, Miu Miu, Moschino, Balmain, Marine Serre, Balenciaga and more have included this fashion accessory in their collections. The recently finished Paris Fashion Week has brought many collections featuring balaclavas. Fashion house Loewe paired them with low-rise jeans and strappy tops, Matthew Williams mixed them with shiny parka jackets, Ernest W. Baker went with a matching balclava and wool scarf. The styles were also various, from thickly knitted ones, multicoloured, zip-up balaclavas to see-through ones made for warmer weather. That being said, MMSCENE team found the perfect balaclavas you can get right now! Shop balaclavas at GOAT.

You can count on Shawn Stussy to make classic pieces made for every combination just like this balaclava. If you’re not yet feeling bold for the emebelished and multicolored ones, this is the right pick for you. This classic sock style knitted balaclava in black features Stussy logo in white, making it perfect for further styling whether you opt for a sporty or elegant look.

Coming from Supreme’s collaboration with American headwear company New Era, the Box Logo balaclava in navy is a perfect fit for street styles. Featuring Supreme box logo in red and white, this balaclava brings a festive and retro feel.

Streetwear brand Palace introduced the Fall Winter 2021 collection filled with warm puffer jackets and balaclavas. The collection even mixes the two featuring balaclavas incorporated into puffer jackets. For extra warmth and quality, this balaclava is made from GORE-TEX material, which provides additional protection from rain and wind, making it suitable for skiing and winter sports. 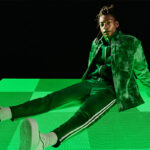 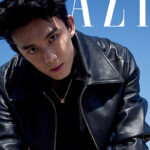