The Air Force 1 ranks high on the list of the most iconic sneakers of all time, with a history spanning back to 1982 and being one of the oldest sneakers currently in existence. The Air Force 1 was the first basketball sneaker to incorporate Nike Air technology when it initially hit the court. However, the shoe was not a hit upon its first debut and was removed off the market after only one year.

Bruce Kilgore designed the Air Force 1 in 1982. The sheer simplicity and perfection of the Air Force 1 in its neutral state is what makes the sneaker so popular. Even the slightest detail and change of design like highlights on the heel, a new logo, or an ice sole was enough to give it its own moniker and a degree of bragging rights for anybody who seized a pair. The fact that they’ve been a fashion mainstay for nearly four decades says a lot.

For those wishing to gift their loved ones or add the iconic shoe to their collection, here are five of the greatest Air Force 1 sneakers for women to buy this season.

There’s more to a sneaker than collaborations and limited editions. Some of the nicest colorways on the market originate from general release sneakers. If you’re looking for a pair of Air Force 1s that you can acquire right now, look no further.

In case you missed it – The Air Jordan 12 Retro ‘Playoff’ 2022 is returning this February.

The Nike Air Force 1 07 in triple white has been one of the most popular and best-selling sneakers for a long time. This basic white form’s appeal illustrates that a classic design in a delicate white rendition remains unequaled. The only thing that sticks out against the all-white rendition of this shoe is the silver lace dubrae. The upper is made of white leather. White leather covers the top, laces, lining, midsole, and outsole. Every shoe collection should include this sneaker.

The Nike Air Force 1 Valentine’s Day for women has a smooth white leather upper adorned with a light pink Swoosh overlay with embossed “LOVE” block decoration. The addition of red accents on the heel and tongue completes this classic look. Accents of “Atmosphere” pink decorate the comfy rubber outsole. Adding a typical “Valentine’s Day” red colour, additional branding at the tip of the tongue stands out loud and proud, matching that on the heel tab. The traditional metallic lace dubrae on the Air Force 1 is replaced with four cubes, one spelling out ‘Love’ and the other ‘Nike.’

The Nike Air Force 1 Pixel Particle Beige is one of several colorways available in the new Pixel edition. This particular sneaker is the perfect mix of modern and old school, featuring a chunkier sole and a brand-new logo design.

The upper, just like the original Air Force 1, is made of smooth leather. The perforations differ from the original though. These breathable holes are square rather than the shoe’s typical circular holes. Nike’s all new 3D cube logo appears on the tongue and heel, while the Swoosh is carved out of the side rather than sewn on.

This popular colorway has a rather unusual design consisting up several hues of white and beige, materialized in different textures. Split suede, pebbled leather, and smooth leather are the three main materials used on the shoe. The toe’s top is lined with a coarser white pebbled leather. Pebbled leather in a milky color is also utilized on the sides of the heel. Suede details can be found in two colors: a coarse greyish beige on the toe, side, and top of the heel, with the logo embroidered on in white. The Nike logo is made of a softer suede in a lighter color. The first distinguishing feature of the sneaker is the mismatched lace guards, which lend to the “unraveled” effect. However, the stitches on the rear in the shape of three crosses provide a humorous touch to these shoes.

This stunning women’s Nike Air Force 1 Low features an all-black upper in full grain leather as well as some eye-catching details that make the shoe stand out in the crowd. The silver hardware on this Air Force 1 comes in the form of lucky charms that hang from the eyestay and reach all the way to the heels. Metallic Silver branding on the tongue and heels completes the luxury look. 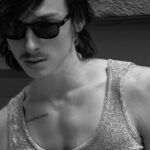 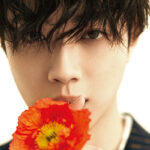