2022 marks the 25th anniversary of when Michael Jordan first wore the iconic Air Jordan 12 model on court, and on that occasion, Nike and Jordan Brand are reportedly bringing back one of the most iconic colorways of the sneaker – the Air Jordan 12 ‘Playoff’.

The pair was dubbed ‘Playoff’ since Michael Jordan wore them throughout the postseason. He also wore them during a couple games in the NBA Finals, where the Chicago Bulls defeated the Utah Jazz to win the championship. Initially released in 1997, the The Air Jordan 12 “Playoffs were retroed in 2004 and 2012, with a low-top version debuting in 2017. It will be ten years in 2022 when the favorite colorway was last available for purchase.

Continue reading to learn more about the silhouette and the 2022 rerelease:

A 19th-century women’s shoe design, believe it or not, served as inspiration for the sneaker. Jordan was not frightened of fashion, and Hatfield, in particular, catered to his fashion sense throughout the Jordan Brand’s development. Jordan wasn’t hesitant to break the rules in order to design the most fashionable sneakers, whether it was using elephant print or patent leather. Despite the fact that the Air Jordan 12 has a fairly classic basketball sneaker shape, its profile resembles that of a high heel, with the leather top curving down by the heel and frequently traversing a contrasting color midsole. Jordan and Hatfield wanted to make sure it looked as good off the court as it did on it.

The Air Jordan 12 was the first Air Jordan shoe to include Zoom Air, and it did so brilliantly with a full-length unit enclosed in a Phylon midsole from heel to toe. It also included a carbon fiber midfoot support shank, which was carried over from the Air Jordan 11. Because the top is almost entirely constructed of full-grain leather, some users complained about a lack of airflow when wearing the 12s while playing. However, there is one benefit to the substantial leather upper: the Air Jordan 12 is exceedingly durable.

For the first time since 2012, the Air Jordan 12 ‘Playoff’ colorway will be released in 2022 to commemorate the Air Jordan 12’s 25th anniversary. The Air Jordan 12 Retro ‘Playoff’ will be available at selected shops and on Nike.com for a retail price of $200. If you can’t wait for the drop, go to GOAT or Flight Club, where the sneakers are already available for purchase. 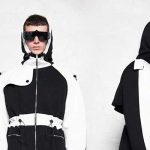 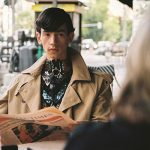