AC Milan striker and one of the greatest football players of all time Zlatan Ibrahimovic joins H&M Move team, to help their mission to get the whole world and everybody moving through democratising sport. Among H&M Movers are also Academy award-winning actor, activist, and fitness icon Jane Fonda, and choreographer JaQuel Knight. Jane Fonda welcomed Zlatan into the H&M Move team, and offered him some priceless one to one keep fit coaching (watch the film below). Zlatan will start his long-term commitment as the brand’s global mover with Spring 2023 campaign.

I often felt like I was judged or excluded from moving growing up. Boys and girls growing up like I did should be able to wear what the professional athletes wear. That is what H&M Move stands for. I strongly believe in the brand mission of giving everybody the chance to move. Because moving has changed my life 100%. – Zlatan Ibrahimović, Professional Footballer and Multimover 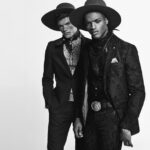 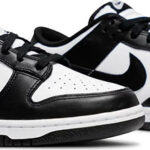