After a year apart, Nike and Kobe team up again! The year-long hiatus was caused by the discontent of Bryant’s family due the lack of merch availability after Kobe’s tragic passing in 2020, but also the high prices which made the gear inaccessible to wider masses. Fortunately for all sneakerheads and basketaball fans, Kobe Bryant estate and Nike have came to an agreement. The new chapter of collaboration in partnership with Vanessa Bryant, Kobe’s wife, will be focused on championing a new generation of fans and encouraging youth participation in sport. As a part of the new chapter, Vanessa and Nike will establish a youth basketball center in Southern California, as well as support every NBA and WNBA player who honors the Mamba Mentality. To celebrate the new partnership, first new shoe release will be dedicated to Kobe’s daughter Gigi. All the proceeds from Kobe 6 Protro “Mambacita Sweet 16” shoe will go to Mamba and Mambacita Sports Foundation, founded by Bryant family. If you’re not familiar, the foundation supports young talents who have financial barriers, provides equal sport opportunities for girls and promotes youth engaging in sports activites.

I am happy to announce that we will continue my husband’s legacy with Nike and look forward to expanding his and Gigi’s global impact by sharing the Mamba Mentality with youth athletes for generations to come. – Vanessa Bryant

The history of the partnership between the two began in 2003, when Kobe left adidas and joined Nike. His transfer helped Nike establish the post-Jordan era of basketball shoes and update the Huarache franchise, launch Hyperdunk series and his signature line. For many years, Nike and Kobe worked to isnpire basketball fans with a large number of basketball shoes that can be worn on and off the court.

In honor of the new collaboration, MMSCENE team brings you the best of Kobe x Nike styles:

Starting off with a classic, which can update your outfit both on and off the court. Step into them and feel powerful and fearless!

The Nike Kobe A.D. Mid appears as part of a five-shoe pack that looks at the psychology of color, especially as it pertains to Kobe Bryant’s mentality on the court. The ‘Fearless’ offering appears in a tonal purple hue with a suede upper construction and speckled detailing on the midsole. According to Bryant, purple resonates with overcoming challenges and setting new goals while fearing virtually nothing. – from GOAT

Inspired by Kobe’s influence on popular culture, Nike Zoom Kobe 5 ‘Prelude’ were released in January 2014 as a part of Prelude pack. The pop art inspired colorway features multicolor upper in Flywire technology and a gold Swoosh sign dedicated to Bryant’s championship ring he won while wearing his Kobe 5’s. If you’re looking for a pair that will turn heads everywhere you go, this is definetly the one, so be quick and cop yours at Flight Club.

Dedicated to Kobe Bryant’s alma mater, The Zoom Kobe 6 ‘Lower Merion Aces’ shows a true love to the high school that built him as a basketball player. Honoring his Philadelphia Lower Merion High School, the sneakers come in school colors which are gray and metallic with a splash of red. The snakeskin texture in cool gray is adorned with Varsity Crimson Swoosh. On the lateral heel you can see high school team’s logo, the Aces in red and white color. Shop Nike Kobe 6s here.

If you are a true Kobe fan, you know he prefered the low-cut silhouettes and yellow color as we can see on this pair. Kobe A.D. NXT 360 utilize the Flyknit construction featuring multicolor woven details on heel and collar. For extra comfort, the midsole is made from Lunarlon and React cushioning. The outsole is presented in translucent purple color, while the heel clip is in yellow, honoring his Lakers family. 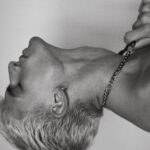 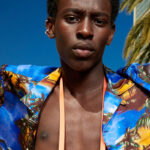