“AW21 is a paean to the cultural iconography of The North of England and the no-nonsense opulence of its matriarchs. The collection is named after the original title for the British soap Coronation Street, devised by Tony Warren in the 1960s as a ‘fascinating freemasonry, a volume of unwritten rules’.

Crutchley looks to a host of gutsy personalities loved for their straightforwardness, approachability and humour. From the formality of farmers dressed smartly for an auction to the earthy camp of drag queen Lily Savage, the mood is dressed-up for downtime. Workwear donkey jackets are in oversized leopard jacquard. Keitel bomber jackets – a shape native to Crutchley’s birthplace in the Dales – are in moiré. The designer’s signature flamboyance has eased into supple cashmere melange tracksuits, swing coats and flared macs wine a longer line. Tailoring is slimmer.” – from Edward Crutchley

Discover more looks from the collection at designscene.net. 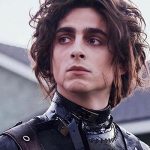 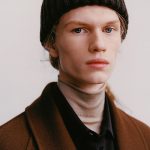