Founded in the early 1980s by Shawn Stussy, American fashion brand Stüssy was born from the Southern California surf scene and swept through the clothing landscape. Now one of the most famous streetwear brands of all time, it has managed to stay on the cutting edge of urban street fashion for 40 years.

One of the most sought after collaborators in the industry, Stüssy rose to the rank of streetwear giant, with partnerships with the likes of CDG, Nike, Supreme, Bape, CPFM, Matthew Williams, and many more.

Shawn Stussy started as a manufacturer of surfboards in Californian Laguna Beach. With large marker he was scrawling his signature on the finished boards, which soon became his trademark and logo. He then used the logo on T-shirts, shorts, and caps which he was selling out of his car around Laguna Beach.

In 1984, Stussy partnered up with his friend, Frank Sinatra Jr. to start the apparel brand. The company expanded in to Europe by 1988, opened a boutique in SoHo, New York, and then unveiled multiple other locations throughout the 1990s. Stussy resigned as president in 1996 and Sinatra bought out his share of the company holdings.

Shawn Stussy first released the World Tour t-shirt in the fall of 1989, which instantly became an enduring concept in graphic t-shirt designs. His idea was to juxtapose two cultures from traditionally different worlds – he put the names of the cities associated with giants of high-end fashion (London, Paris, Los Angeles, New York, Tokyo) on the front of the t-shirt, while the back was printed with names of neighborhoods associated with street culture (Brooklyn, Bronx, Compton, Santa Ana and Venice).

This black world tour hoodie is available for this season in the most classic colour – black! Made from cotton, it features a small logo and city names on the front, and a big Stussy logo, monogram and streetwear centers names on the back.

Made in the most popular streetwear colour, light gray, Stussy’s Debt Hoodie features a medium-sized “STUSSY INTERNATIONAL” credit card printed on the front. The only problem is – it’s already expired in January 2019.

This fleece hooded sweatshirt features a contrast stitching and it is finished with Stüssy Work Gear label. It fits regularly and it’s made out of 100% dry cotton fleece

With Stüssy every roll of the dice is very predictive – every side is sixes. This lime colored sweatshirt is made from a soft cotton-blend material and features brand’s signature logo and a pair of dice on the roll printed front and back.

This pastel blue Stüssy hoodie is printed with the label’s signature script logo and its five-spoke broken crown emblem, which was first used in the ’90s.

With it’s Fall Winter 2021 Surf Skate Skull Hoodie, Stüssy pays tribute to its surf and skate roots. It’s cut from soft cotton-blend jersey in a cool, relaxed fit and screen-printed with a graphic skull and fresh interpretation of the brand’s well-known logo. 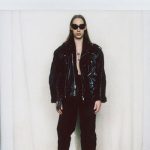 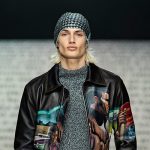