Discover MISSONI Fall Winter 2021.22 Life In Colours campaign featuring models Arthur K, Arthur Gosse, and Hoseok Yun joined by Birgit Kos, Mao Xiaoxing, Mathilde Henning, and Hannah Ferguson. In charge of photography were Sofia Sanchez & Mauro Mongiello. The campaign responds to increasingly divided and negative world with enthusiasm, positivity, and optimism, and replies with color to those who only see black or white.

“This same pursuit of harmony and spontaneity also influenced the choice of photographers Sofia Sanches and Mauro Mongiello, who skilfully combine the use of color and light with ability to capture moments of truth and levity in everyday life. Their style, simultaneously balanced and full of energy, is perfectly suited to a concept that sets out to express positivity and a joie de vivre. This connection with everyday life is also reflected in authenticity; in the desire to escape from the typical static nature of fashion photography in favour of a greater expressiveness and naturalness which are often entrusted to the interactions between the models. Aside from the their aesthetic qualities, the selection of Birgit Kos, Mao Xiaoxing, Arthur K., Mathilde Henning, Hannah Ferguson, Arthur Gosse and Hoseok Yun as the faces of this campaign was due to their outstanding ability to identify with and interpret the mood and feel of the campaign.” – from Missoni 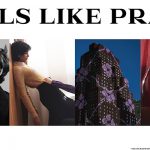 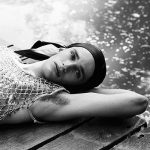