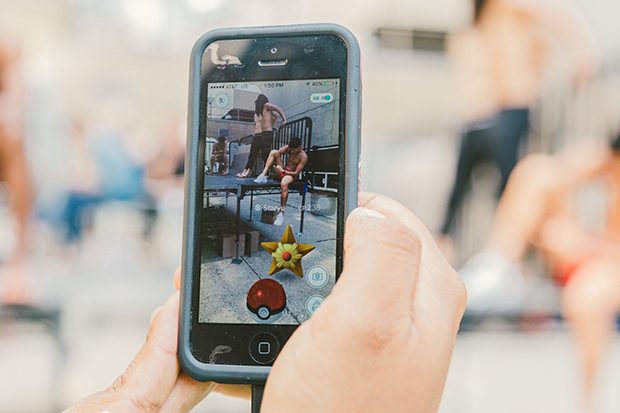 At the beginning of the fifties writer Isaas Asimow wrote a novel titled Foundation, and one of his characters was the first to get a tiny and portable palm held devices. The way to make this device work was to operate it by touching the screen! Asimow named the device the ‘Calculator Pad‘ writing how it’s ‘grey, glossy finish was slightly worn out by the use‘. Image, Parke & Ronen New York Fashion Week backstage by Driely S.

The world of Science Fiction didn’t stop there with similar devices coming to play a decade later in the pioneering genre show Star Trek. The palm held touch screen devices perhaps got it’s most important spotlight in the cinema classic 2001: A Space Odyssey by the legendary Stanley Kubrick.

In the late seventies and then early eighties a slew of tech scientist and entrepreneurs worked on developing real live versions of those devices. Unfortunately, the first tablet devices or tablet computers as they were named, were way too expensive, worked poorly or were too unreliable to succeed, and sometimes it was the case of all three. The first in the line to get noticed on the market and have relative commercial success was the GridPad hitting the market in 1989. This game changer was developed by Grid Systems Corporation, a growing Silicon Valley startup company founded 10 years earlier. 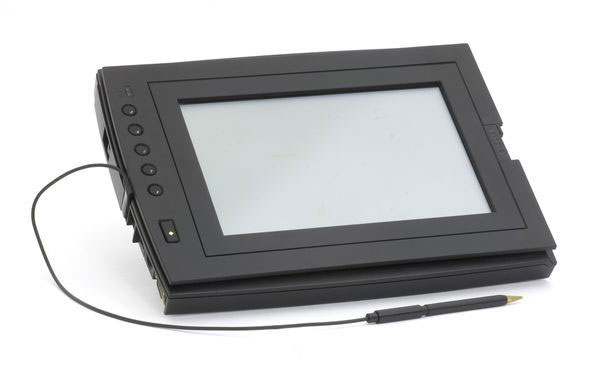 The man behind this groundbreaking design was computer scientist Jeff Hawkins, who when working at Grid was one of the company’s brightest talents. Hawkins was allowed to experiment with various new ideas without any boundaries. This resulted in the crationg of GridPad, a touch screen computer devices operated by stylus system. Now if you think this was palm held device, you might be wrong when you find out the size of this thing. GridPad was 2kg heavy, which makes it as heavy as an average laptop, and in it’s size it was 12x9x1.4in. Price was not any smaller, it was priced at 3,000 USD the equivalent of 5,900 USD today or 4,200 GBP.

Despite its massive size, and enormously high price tag, GridPad was a success and it sold well especially in the professional circles. The Grid Systems Corporation concentrated on marketing the touch screen devices to massive industries and organisations such as the United States Army as well as big car companies such as Chrysler and Volkswagen and Mercedes Benz in Europe. In it’s run GridPad made more than 30 million USD in it’s best performing year, which lead to rise of investments in touch screen design technology by other Silicon Valley companies and startups. However most of the GridPad rivals were not able to repeat such a success, one of such flops was Atari’s Stylus as well as Apple’s Newton device.

THE NEXT CHAPTER FOR TOUCH SCREEN DEVICES

Hand held touch screen devices did not have such a rapid expansion as expected after the initial success. Most likely the post GridPad follow up device failures most likely slowed down the pace of the touch screen technology which boomed to unparalleled levels only in the last seven years. After all, to this day writing is more of a paper-craft, even tho today you can get a written essay, or your college assignment, written relatively cheap online, pen and paper are still a must! If we are in such a mind set in 2018, even with the recent technology boom on this scene, you can imagine how hard it was a few decades ago. Companies had to work much harder to make the general population get rid of doing everything and anything on paper in the 70s and early 80s. 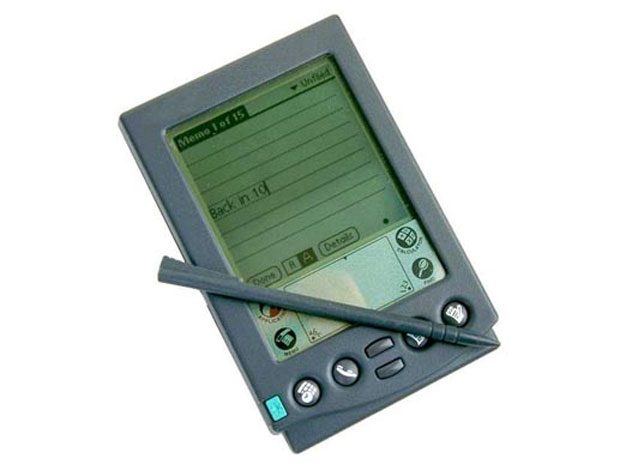 WHAT HAPPENED TO JEFF HAWKINS?

Nevertheless, the story of the first touch screen developed Jeff Hawkins did not end with GridPad, after unsuccessfully trying to persuade Grid company to launch a tablet devices developed for general population called The Zoomer, he quit to cofound a new company. Hawkins co-founded Palm Computing which developed its first design, the PalmPilot in mid 90s. The device became massively successful, but today it is entiredly defunct. And for Jeff, he’s still one of the leading scientists in the field, check out his TED talk exploring the possibility of brain science merging with computer science.

Despite the demise of PalmPilot, Hawkins’s tablets have changed the international computer market forever. If you are now sitting and reading this on your touch screen phone or a Samsung Galaxy Tablet, you are holding GirdPad‘s most successful grandchild.