The Air Jordan 1 is hands down one of the most recognizable sneakers ever made. The notorious ‘Bred’ colorway of the Air Jordan Ones has been updated several times over the years, each time establishing its worth as a classic. For its latest reissue, the upper is made out of patent leather for a premium finish.

The Jordan 1 was designed by Peter Moore and released between 1985 and 1986. The model came in a variety of colorways, as well as a few different variations. Following Jordan’s departure from basketball in 1994, the Jordan 1 relaunched the retro period following its initial run in the 1980s.

The “Banned” colorway, also known as the ‘Bred’ or Black and Red, is the first Jordan 1 that comes to mind when you think of the Air Jordan 1. They’re called the “Banned” because, according to legend, Jordan was fined $5000 per game he wore them because they violated league uniform rules.

Except for images of Jordan wearing the Air Jordan 1s in the same hue during the 1985 Dunk Contest, there is no proof no of any fines. The truth didn’t matter, though. In the fall of 1984, as soon as word got out that the NBA wasn’t satisfied with Jordan’s footwear, Nike and their advertising agency seized the opportunity and a few weeks later, a new commercial aired on televisions across the country.

”On October 15, Nike created a revolutionary new basketball shoe. On October 18, the NBA threw them out of the game. Fortunately, the NBA can’t stop you from wearing them. Air Jordans. From Nike.”

The shoes were released and sold out. Nike set the sale price at $65 per pair, which was a high price at the time, and they sold out as quick as they do today. Nike swiftly restocked the shoes once they sold out. However, the second time around, they created too many, and they sat on the shelves for years.

Jordan Brand had the idea of bringing back a piece of history in 1994, eight years after the last Air Jordan 1 was manufactured. As a result, some colorways were re-released, primarily the “Banned” and “Chicago” colorways.

In 2001, the shoe was reintroduced, this time with a Jumpman-branded mid-top. Jordan Brand didn’t start re-releasing the Jordan 1 with the original high cut until 2008. Since then, the Jordan 1 High has maintained a pretty stable market presence.

Following the release of the canvas-based Air Jordan 1 KO, Nike SB collaborations, and the much anticipated return of OG “Nike Air” branding, the sneaker has seen a surge in popularity in recent years. Jordan Brand has also begun releasing the Jordan 1 in a retro box that is based on the 1985 design.

The Air Jordan 1 Retro High OG “Bred” returns with a glossy aesthetic thanks to the patent leather treatment on the top. The lateral quarter and overlays are blacked out completely. The toebox, heel counter, ankle strap, and Nike Swoosh stand out in Varsity Red. This edition also comes with an exclusive packaging with a gloss-like finish and a 3D Jumpman emblem.

The Air Jordan 1 Retro High OG Patent ‘Bred’ treats the iconic colorway to a glossy makeover. Aside from the shoe’s patent leather construction, the essential design DNA remains intact. The upper pairs basic black paneling with contrasting hits of Varsity Red on the toe box, Swoosh, heel overlay and collar flap. A woven Nike tag adorns the black nylon tongue, while a Wings logo is stamped on the lateral collar. The high-top rides on a sturdy rubber cupsole, enhanced with an Air-sole unit encapsulated in lightweight polyurethane. – from GOAT

The Air Jordan 1 remains Jordan Brand’s most popular silhouette, and understandably so. From a performance and fashion standpoint, the Air Jordan 1 marked the beginning of the Jordan legacy. The silhouette has aged gracefully since then. And although, there will undoubtedly be some who are disappointed that this retro is not being released in traditional leather, you can expect the typical buzz as the release date approaches.

Reportedly priced at $170 USD, the Air Jordan 1 Retro High OG Patent ‘Bred’ is now expected to release on December 30th in fully family sizes. Check it out at Fight Club and GOAT. You can take a look at other recent Jordan releases here. 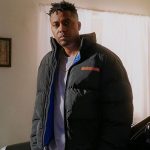 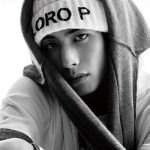