The Air Max is more than a sneaker, it’s a footwear icon. Without this silhouette , streetwear culture and the music scene wouldn’t be the same. And while bold statement footwear today is a norm rather than an exception, it wasn’t like that back in the day. Nike took a big risk at the time by releasing a sneaker that was not in style. The Air Max was at the vanguard of today’s fashion, which is continuously breaking and rewriting norms. Nike will commemorate the 35th anniversary of the Air Max 1 on March 26th, 2022, by bringing back old favorites and introducing new colorways.

Nike’s love affair with “air” began in 1978, when Frank Rudy, a former NASA engineer, came up with the notion of integrating air cushioning technology in a sneaker. The Air Tailwind was the first shoe to incorporate air technology, consisting of pressurized air inside a strong but flexible bag that gives additional flexibility and spring without compromising structure. Although Tinker Hatfield is credited with the invention of visible Air, Rudy was the one who developed the technology.

“Nike Air technology consists of pressurized air inside a tough yet flexible bag and provides more flexibility and spring without compromising structure. The Air-Sole units maintain their given form with elasticity, lower impact and keep the shoe snug and lightweight.”

During a trip to Paris, Hatfield got inspiration for the first design in the architecture of the Centre Pompidou. The building’s inside-out technique — with its framework wrapped around the building’s outside — wowed Hatfield, who was trained as an architect. As a result of this, the notion of exposing the shoe’s inner workings arose, and the visible Air window was conceived.

In the decades that followed, Nike’s Air Max cushioning and running line would gain popularity among committed runners, casual wearers, and die-hard aficionados. Since then, the Air Max 1 has become an icon, kicking off a line that has become synonymous with sneaker innovation. In 2014, Nike declared March 26th as Air Max Day to commemorate the debut of the Air Max 1 and to honor the technology that altered everything.

The brand has re-released archival Air Max classics every year since then, ranging from sought-after collabs to milestone OGs, turning the anniversary into a noteworthy event for sneakerheads. By re-releasing historical styles from its packed archive, Nike is able to reintroduce favorites to older collectors. Nonetheless, they are able to bring a new audience to tried-and-true concepts without incurring exorbitant R&D expenses.

35 years since the initial release of the Nike Air Max 1, the sneaker is still as popular as ever, with a multitude of iterations and sought colorways for casual and die-hard sneakerheads alike.

Nike has numerous new colorways in store for the historic model’s 35th anniversary in 2022, including an Air Max Day special. Thanks to a Nike document obtained by Complex, we get a look at the leaked Air Max 1s that will be launched in 2022. One of the most fascinating Air Max 1 pairs is the “Denim” edition, closely followed by the  Air Max 1 “Safari” edition in earthy tones and a Light Blue Swoosh on the sides.  Dressed in White and Bright Yellow, a women’s-only women’s Air Max is in the works for Spring 2022. The exclusive “Air Max Day” 2022 variant will  be available in silver, grey, and white as well as an Air Max Day charms as the icing on the cake.

Have a look at the upcoming releases below:

For more info about the iconic sneaker and the big event, read more about 2022 Air Max Day here. 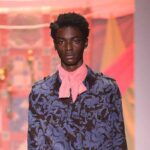 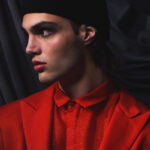