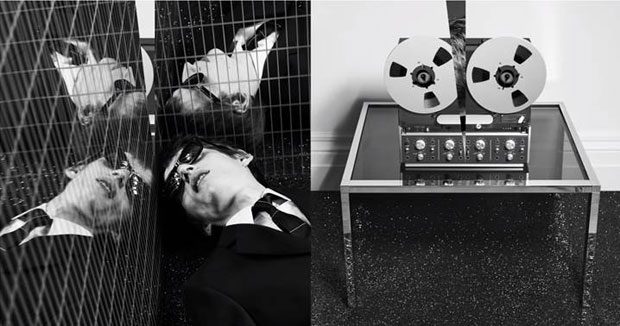 The soundtrack is from a French synth pop duo called RUTH. It was released in 1985 and is a very emblematic song from the Des Jeunes Gens Modernes project – they key inspiration of the Summer 19 Collection. Des Jeunes Gens Modernes [Modern Young Men] is a project featuring an exhibition, a book, a documentary and an audio compilation in late 70s to mid-80s. – from Celine