VERSACE menswear fall winter 2021 campaign is released today in full starring a set of new faces of the brand posing for a shoot by the legendary fashion photographers Mert Alas and Marcus Piggott.

Nacho Penin a Spanish newcomer is represented by IMG Models in Paris, Milano, London and New York. While in Barcelona he is with Sight Management Studio, Nacho has worked with VERSACE on their previous season’s Resort campaign. From editorial work he appeared on pages of Hercules, L’Officiel Hommes Italia, and Vogue Czechoslovakia to name a few.

Ondrej Mokos is a promising fresh face represented by EXIT Model Management in Slovakia and KULT Models in London, I LOVE Models Management in Milan and VIEW Management in Barcelona. This is his first major campaign and he also stars in VERSACE Fall Winter 2021 video campaign, view above.

While you may not be a “fresh face” as far as becoming the next male model for Versace, you can adopt a fresh face for your appearance and lifestyle. Choosing to use fashion as your vehicle to transform yourself is one of the easiest and most fun ways to reinvent yourself. Just like a design house comes out with a new collection for the year’s seasons, you too can change your vibe with what you wear and how you present yourself. Don’t stop with clothing alone – incorporate a new frame shape if you wear glasses, switch up your Cool Water for Versace Eros, and start wearing your loafers without socks. The world is your oyster when it comes to your fashion choices. Use the Fall-Winter campaign as inspiration, but find your inspiration everywhere. Art is all around us, from people-watching on the subways to the flowers you plant on your balcony, and fashion is one piece of that puzzle.

These promising guys are starring in the campaign alongside Dua Lipa, discover the whole campaign starring Dua Lipa for VERSACE on DSCENE. 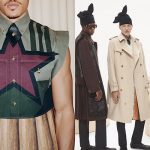 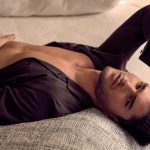