Virgil Abloh presented the Louis Vuitton Spring-Summer 2022 Men’s Collection with the film Amen Break, directed by Mahfuz Sultan. Inspired by the archetypes and subcultures known to us all, the Men’s Artistic Director zooms them in and out on, highlighting at once their cultural context and collective recontextualization

The Amen Break is characteristic of a discourse central to the work of Virgil Abloh. For Louis Vuitton Spring-Summer 2022, the Men’s Artistic Director zooms in and out on archetypes and subcultures known to us all, highlighting at once their cultural context and collective recontextualization. A chapter in the Black Canon’s preservation and teaching of Black art history on par with that of Europe, the Amen Break exemplifies the arts’ instinct to sample and resample a core design. Applied to fashion, where the staples of suits, tracksuits, shirts and t-shirts are reinterpreted on a never-ending loop, the Amen Break becomes a metaphor for the myth of ownership in contemporary creativity. 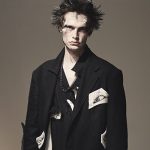 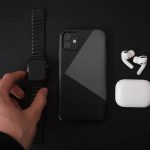