Virgil Abloh has dominated the streetwear since he started his Off-White brand in 2012. Known as the most sought out collaborator in fashion, Abloh embarked on a journey with Nike in 2017, when they released one of greatest sneaker collections of all time. Named “The Ten”, the range features ten iconic Nike silhouettes, deconstructed and rebuilt by American designer.

What we’re talking about here is larger than sneakers, it’s larger than design culture. It’s nothing short of state-of-the-art design. These 10 shoes have broken barriers in performance and style. To me, they are on the same level as a sculpture of David or the Mona Lisa. You can debate it all you want, but they mean something. And that’s what’s important.
– said Virgil Abloh about his first collaboration with Nike – “The Ten”

As Virgil Abloh continues to join forces with Nike on the most in-demand collaborations, we rounded up our list of 10 best sneakers.

To honor Serena Williams’ brilliant career, Off-White and Nike have released the Blazer “Queen”. Featuring a light grey leather and translucent material with an eye-catching pink-to-purple gradient, this highly anticipated shoe was first revealed before the 2018 US Open tennis tournament.

For the Off-White x Nike Zoom Terra Kiger 5 “Black”, Virgil Abloh has updated the Zoom Terra Kiger 5 trail running shoe at its base, with his recognizable design cues, such as unfinished edges, exposed foam on the tongue, printed text, and an orange tab.

One of Nike’s most innovative running silhouettes, the Air Zoom Tempo is fueled by insights from the world’s fastest athletes. For the “Pink Glow” iteration, Virgil Abloh applied Off-White’s signature aesthetic, using the deconstructed elements with a hand-crafted feel. The shoe is inspired by prototypes and runners worldwide, featuring a rubber-spiked outsoles with a bold text call-outs, and detailed production specs stamped on the shoe’s medial side.

Virgil Abloh and Nike unveiled their ‘Dear Summer’ project that consists of fifty different Dunk Lows, colored up with vibrant pops of color over a neutral base. This much-anticipated collection, features Abloh’s signature design elements that tie the collaboration to his previous Off-White™ x Nike projects.

For the Off-White x Air Max 97 ‘Menta’, Virgil Abloh mixes a translucent textile upper with a Wolf Grey, and his signature text and tonal zigzag stitching throughout. This neutral color palette is adorned with a multicolored Swoosh in green, blue and red, while a smoky grey rubber outsole maintains the shoe’s translucent theme.

One of the Nike’s most iconic silhouettes, the ground-breaking Nike Air VaporMax got the signature Off-White update. Relaunched in black with a clean, transparent VaporMax Air-Sole unit, the shoe is reflecting American designer’s love of simplicity and a raw materials.

The co-branded Off-White x Nike Air Force 1 “MOMA” sneaker commemorated the opening of the exhibition “Items: Is Fashion Modern?”, at the Museum of Modern Art in New York City. The black Air Force 1, is embellished with silver detailing, with orange accent and the all caps “AIR” on the outsole. The shoe first made its appearance at Art Basel Miami, and has been later released in limited numbers via MoMa’s design store.

The Ten: Nike React Hyperdunk makes a comment on this legacy of innovation, with its latest itteration introducing the foam technology that provides an unmatched responsiveness. Its minimal upper draws focus to the chassis of the shoe and the technology inside.

For the first time, Air was in full view with the Air Max 97. Defining the look of performance and sport style, its sleek lines ripple across the upper. The Ten: Nike Air Max 97 blurs the iconic lines of the original to offer a futuristic feel that lets the full-length Air unit shine. 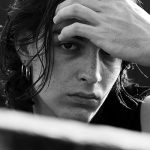 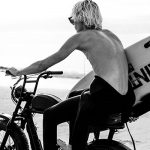