Travis Scott is practically everywhere you look. Over the last few years, the rapper has seen a stratospheric rise in mainstream recognition, thanks in large part to his immensely successful third studio album, Astroworld, and numerous brand collaborations. Aside from his music and business affairs, Scott’s variety of sneaker collaborations with Nike and Jordan Brand are a crucial part of the Travis Scott phenomenon. The only other name that is attracting the same level of buzz is Virgil Abloh and his Off-White Nike collection.

Scott, of course, is just one of many musicians and entertainers who have collaborated with some of the world’s most well-known sneaker companies. What sets Scott’s shoes apart from others is his profound understanding of the sneaker culture. He often brings back older, hyped sneakers, which serves to both educate and remind new and old fans. His sneaker cult is built on his admiration and respect for the industry.

Initially signed to Reebok during his mixtape rise, his association with the vector did not result in any co-branded releases, but it did lay the groundwork for his future endorsement work with Nike and Jordan Brand.

Since first teaming up with Nike in 2017 by starring in the Air VaporMax “Day to Night” campaign and  designing a custom Jordan Trunner, Scott’s sneakers have consistently sold out and frequently topped yearly sneaker charts.

Even before signing with Jordan, the rapper was a big fan of the brand, wearing Air Jordan 1s all the time. Now, the partnership appears to be on track to provide even more major releases.

With plenty still to come from the Travis Scott x Air Jordan partnership, we’ve decided to rank some of his standout Nike and Jordan Brand collaborations. Discover additional Travis Scott shoes at GOAT and Flight Club.

The “British Khaki” is one of the Jumpman’s strongest spring releases, combining now-familiar utilitarian elements with a glow-in-the-dark midsole and a sandy color scheme that uses the Cactus Jack palette.

The upper is made of supple suede leather and canvas and features Bright Crimson accents. The upper also includes 2 cargo pockets, one on the lateral ankle with a snap closure and the other on the medial ankle with a zip closure. The left and right shoes have mismatched Nike Air and Cactus Jack logos on the heels, with extra designs on the midsole, outsole, tongue, and lace lock.

Jordan Brand and Fragment collaborated in 2014 to create a distinctive blue, white, and black Air Jordan 1 High OG that took the world by storm. Travis Scott joined the mix for the follow up release and added his signature reverse swoosh to an alternate colorway of the 2014 classic. Fresh Military Blue accentuates the heel, collar, and insole, delivering a new flavor for a traditional make-up, on top of an aged midsole with matching Sail laces.

Back in 1991, Michael Jordan won his first title while wearing the Air Jordan 6. Since then, the shoe has been hailed as one of the best to ever grace the court. Travis Scott was able to knock it out of the park with the first Travis Scott x Air Jordan 6 colorway, thanks to a multitude of features. This sneaker came in an olive colored suede upper with bright orange Cactus Jack branding and pockets on the side. Prior to the release, Scott posted an Instagram photo of his Air Jordan 6 “Medium Olive,” which sent the sneaker world into a frenzy.

This particular sneaker marked Scott’s first collaboration with Nike. The pair was initially sold in limited quantities only at ComplexCon in 2017, but they were later re-issued. Due of its limited production run, it has a high resell value. Despite the fact that the “Sail” sequel is remarkably similar and sells for less, this is still a fantastic shoe in its own right. It’s also the one that kicked off the continuing Travis Scott x Nike collaboration.

With this sneaker, Travis created one of the cleanest Jordan 4s we’d seen in a while, all while creating buzz that only Virgil Abloh’s OG “The Ten” collection could match. This is Scott’s only collaboration that departs from the signature Cactus Jack palette of earthy tones and muted accents The vibrant hues make this a one-of-a-kind sneaker, and it will be remembered as the shoe that kicked off the Astroworld rollout.

This Jordan 4 features a light blue suede upper with black and red decoration on the lace cage, laces, tongue, heel tab, and lining, inspired by the colors of the former NFL team the Houston Oilers. The midsole comes in a white colour,  with the model’s signature air bubble on the heel, and a black outsole.

The sneaker number one on our list is Scott’s Air Jordan 1. The Travis Scott x Air Jordan 1 was largely recognized as the best shoe of the year, and the most coveted release of 2019. The sneaker’s popularity was boosted by his loyal fanbase seeing him wear it on stage during his Astroworld: Wish You Were Here tour, which began in late 2018, and it appeared like the sneaker was everywhere soon after.

Even though the Air Jordan 1s will continue to be Jordan Brand’s most popular silhouette in 2021, it had a record-breaking year in 2019. This collaboration is a testament to Travis Scott’s influence, and it’s one of those sneakers that will never go out of style. 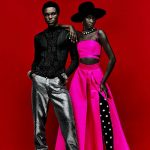 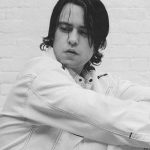