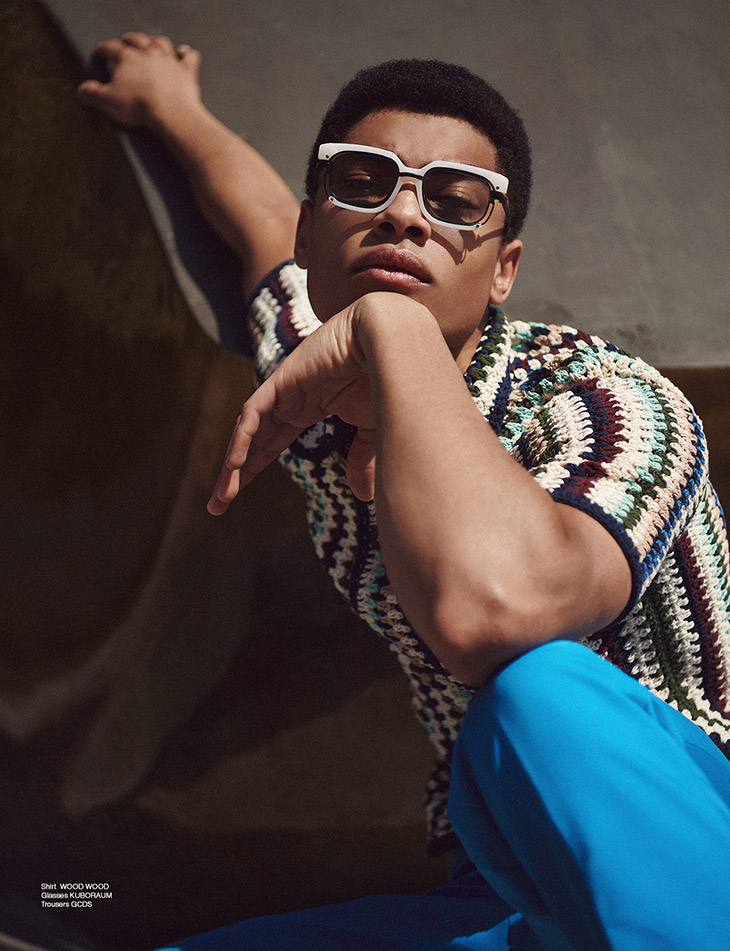 Read the interview + see more of the story lensed by photographer Tobias Wirth below: 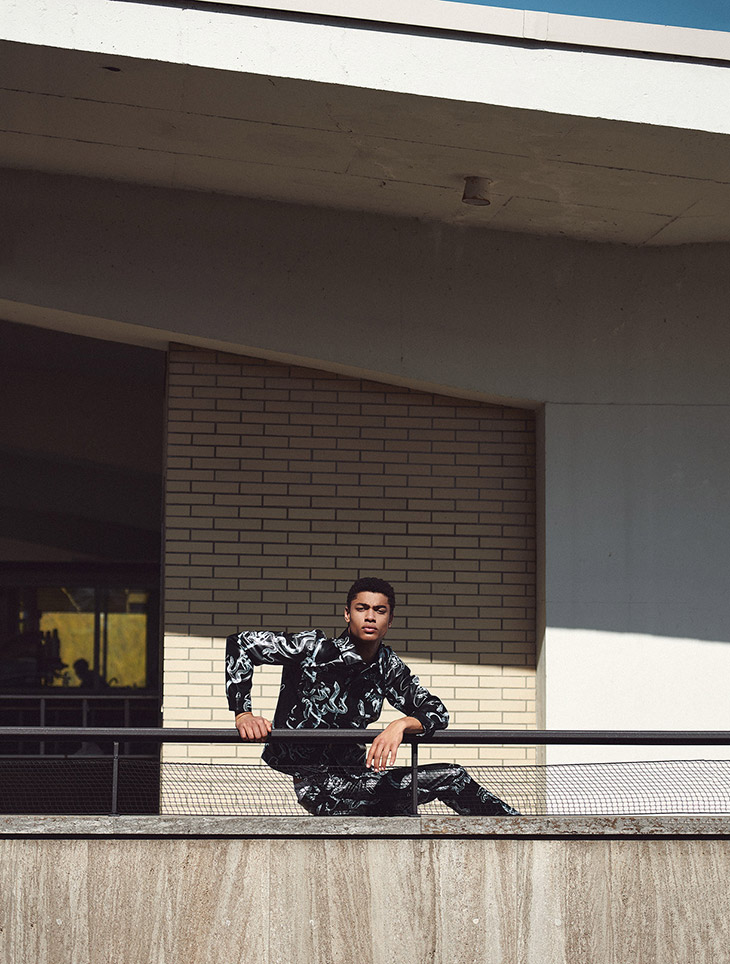 Hi Désiré, we’re happy to have you at MMSCENE. Tell us more about yourself. How did you get discovered?
I still laugh about it with my day one agent. When I was 16, a friend from high school modeled and said it got him a ton of free travel opportunities. I decided that I wanted that as well so I made a trip to his agency during summer break. Shortly before I arrived, I called the agency and told them that I was running a few minutes late, even though I didn’t even have an appointment. When I arrived, they were confused but they let me in anyway. Long story short, they gave me a contract that day but my parents didn’t allow me to sign it until 2 years later, when I was 18, after I finished school.

Was modeling something you dreamed of as a little kid?
Not really haha, my dreams were far more of the common sort. I was dreaming of having a pet dragon (and still am). The closest to dreaming of becoming a model was later in teenage years, when I started to think about an acting career. 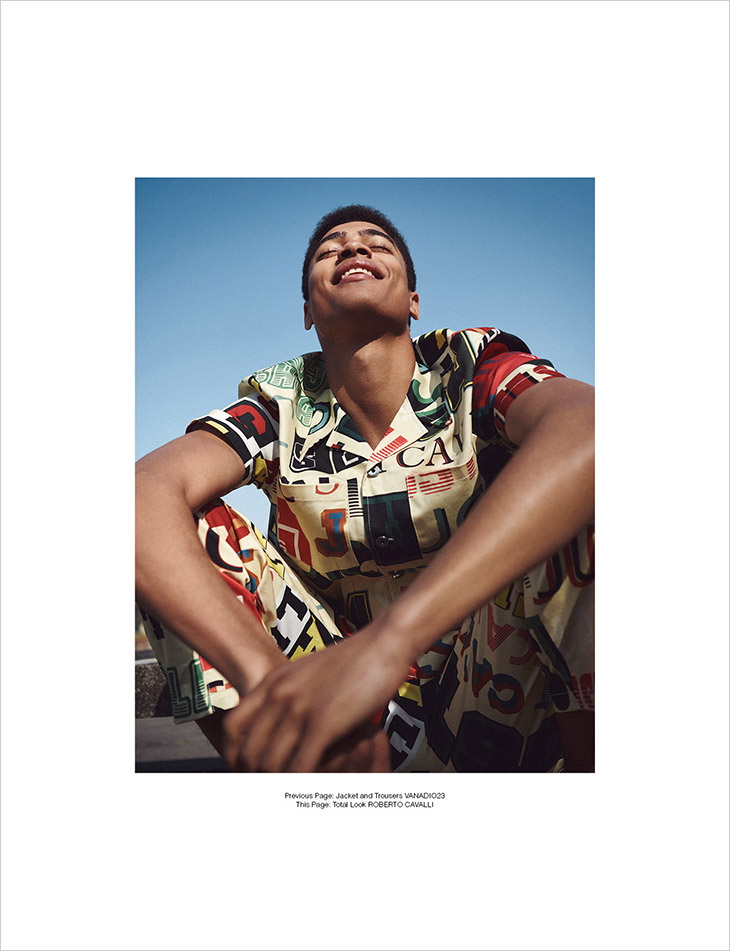 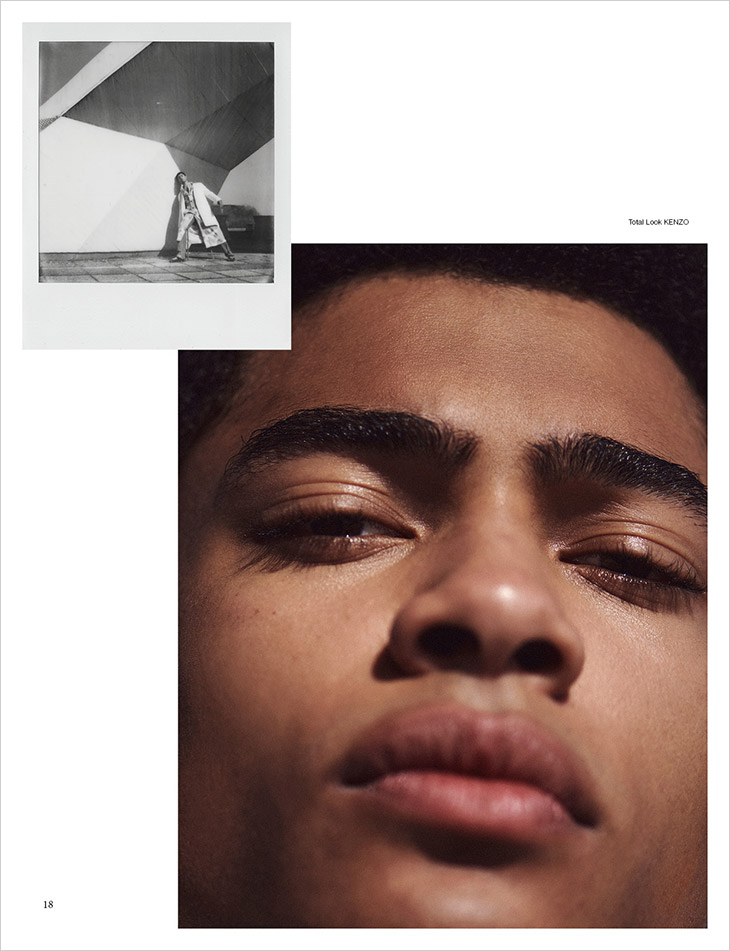 Can you tell us your best and worst experience in modeling business?
One of the worst experiences was in 2018 when I did an underwear shoot. The photographer kept looking into the changing room when I had absolutely nothing on. Apart from these kind of incidences, modeling has always been an incredibly progressive journey. One of the coolest things that happened recently was that my aunt called me to ask if it was me in the Fragrance commercial she had just seen on TV. I said yes, brushed it off and kept the conversation going but secretly that probably was one of the coolest things that happened to me ever hahah.

Any role models?
Oh yes – ehm do you mean role model models or just role models in general? I guess my first few answers would be my parents, my sisters, Will Smith, Casey Neistat, Amalie Bladt, Bart Kwan, Keanu Reeves and Barack Obama. As well as my imaginary future self that I haven’t evolved into, yet. 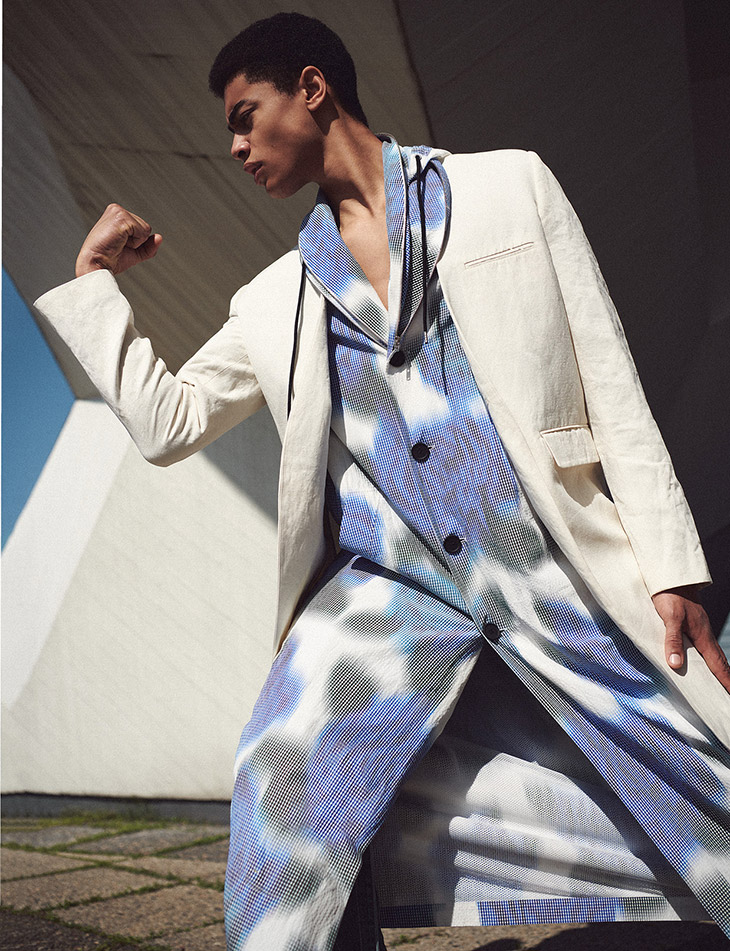 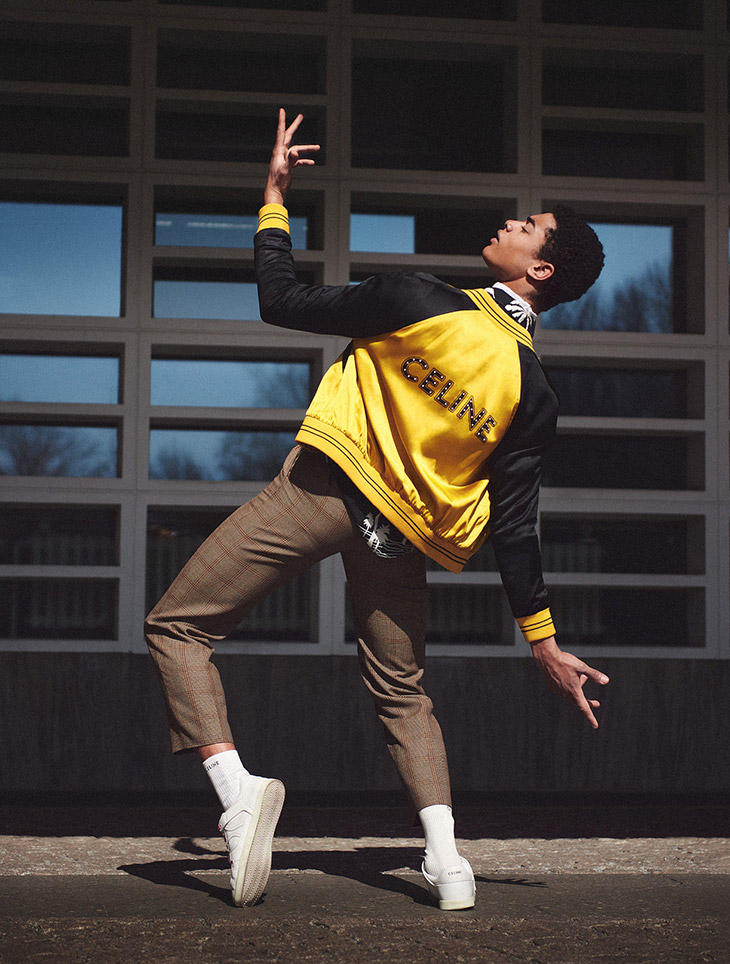 The industry has changed a lot in recent couple of years. In your opinion, did it make modeling jobs easier or harder on models?
A lot easier, I would say. Nowadays, having a pretty face and the “right” measurements aren’t the main focuses anymore. Social media is a thing now and character matters greatly. You’re able to show different facets of who you are and what you stand for. Generally though, every model can choose how much they’re willing to do in order to evolve in this industry, so it’s hard to say that it was ever hard or easy, for that matter.

How much time do you spend on social media?
Well, my phone says that I use social media 2h and 28m per day. At least on average for this week. Is that a lot? 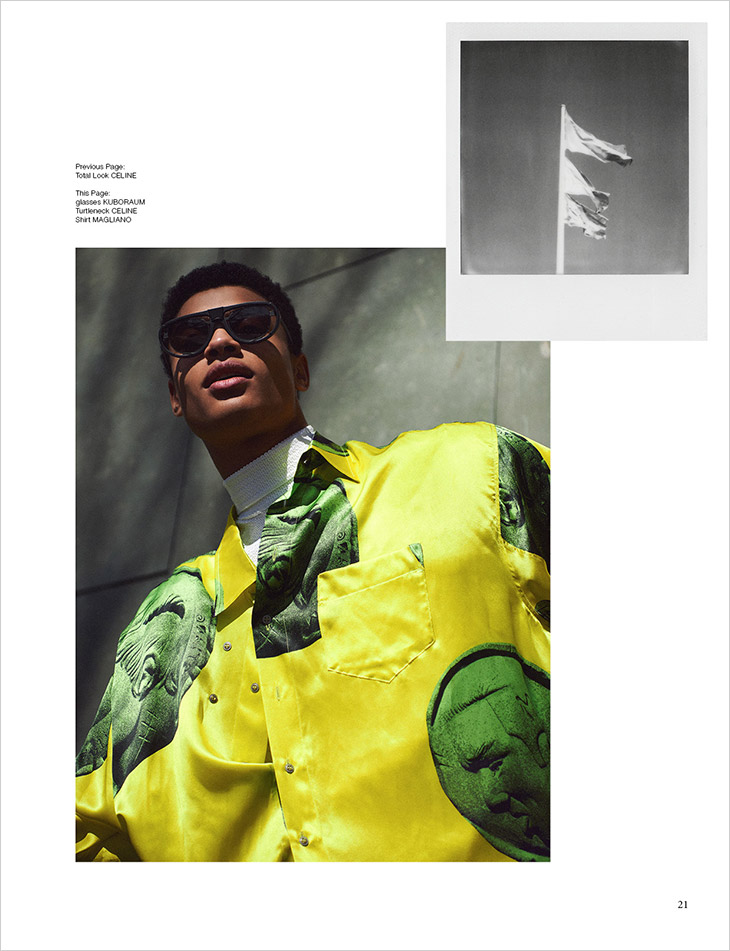 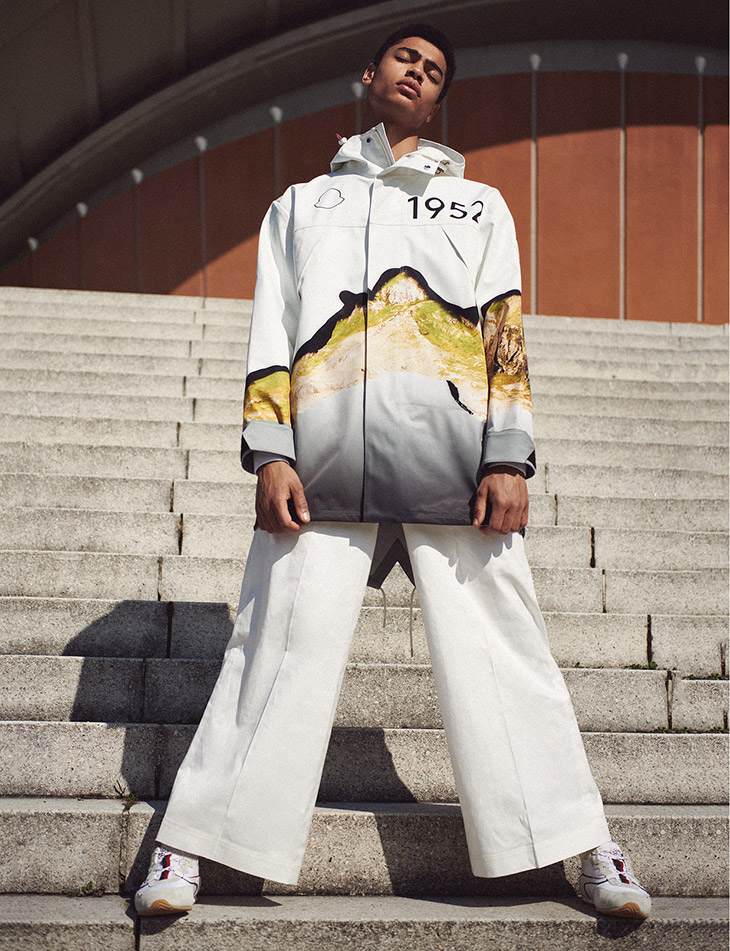 Any activities you enjoy when you’re not working?
Everything that involves creativity, craft, problem solving and sports. From knitting to playing ping pong to producing French rap songs. I enjoy doing quite a variety of things. I also enjoy my work though. Because of that I hardly do things not work related.

What’s on Désiré’s playlist?
20syl, Antonín Dvořák, Notorious B.I.G., Miki Matsubara, Frédéric Chopin and Shindy. But I have to say, it changes quite regularly.

Where do you see yourself in the near future?
I just created a video production company with a friend. We’ve already made campaigns for huge brands – but not the ones that we have in mind, yet. In the near future I see myself (ourselves) establishing this production company and maybe traveling to the Ivory Coast with my Family. Also, thank you for this interview! It was a pleasure and honor, really. Stay warm, loved and healthy! 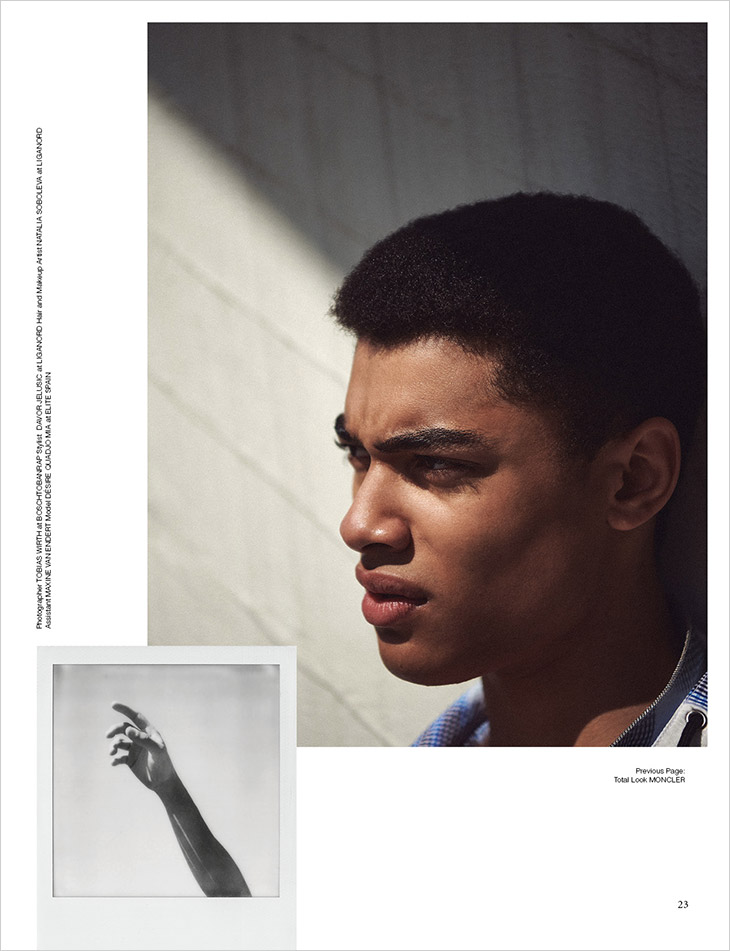 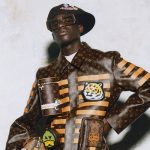 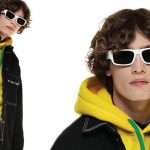