Game of Thrones and Bodyguard star Richard Madden takes the cover story of Interview Magazine‘s Spring 2019 edition captured by fashion photographer Bruno Staub. In charge of styling was Mel Ottenberg, with grooming from Barbara Guillaume using R+Co and La Mer at Forward Artists, and production by Helena Martel Seward at Lolly Would.

“I started acting because I was shy. I was going to a really rough high school on the west coast of Scotland, so I went to the youth theater to get some confidence. It became my everything. Getting famous as a kid was a shitshow, but that’s just what I felt I needed to do. I stopped going to school because I got famous.” – Madden on becoming an actor

“‘King of the North! King of the North!’ I still get that a lot, but it’s in a beautiful way. I’ve been lucky that the characters I’ve played are ones that audiences have liked. There are actors on that show who people walk past on the street and yell, ‘B**ch!’ People have a fondness for my character. I died too young.” – Madden on people’s reaction on character he played in Game of Thrones. 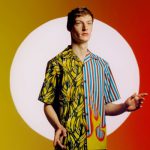 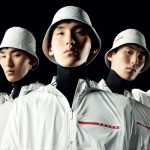