For Spring Summer 2021 JORDANLUCA  presented the collection titled “Going Nowhere” with a fashion film and an accompanying lookbook:

The lookbook featuring Riad at D1 Models in London was captured by photographer Roxy Lee.

Reflecting on a period where true craftsmanship is in danger of disappearing, we worked with our friends and partners and London community of seamstresses, pattern cutters and highly skilled creators to support local and global communities.

For spring summer 2021 JORDANLUCA shares a unique version of London street style – see all the looks in our gallery:

JORDANLUCA is a duo fashion brand comprised of Jordan Bowen and Luca Marchetto, who have between them previously worked at Erdem, Jil Sander, and Vivienne Westwood ateliers. 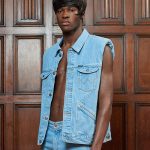 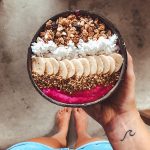