MMSCENE magazine contributing writer QUADE AU explores the fascinating influence of Japan on contemporary menswear, the influence of Japanese traditional wear, and the West’s obsession with the classic pieces.

Similar to the invention of the wheel – the imagination of menswear had seemingly reached a stagnant phase of creativity, the basics had already been established and for the most part there is little to no need for improvement. Season after season – variations of the same tailored pants and coats walk down European runways to the amusement of a few and occasionally – a sculpted looking model will carry a revamped logo or perhaps even introduce a new colour to wear but more often or not, most of menswear has been done and seen before. After decades of wearing generic wear, influences from around the world are gradually being considered and wardrobe choices are finally showing character over trend. 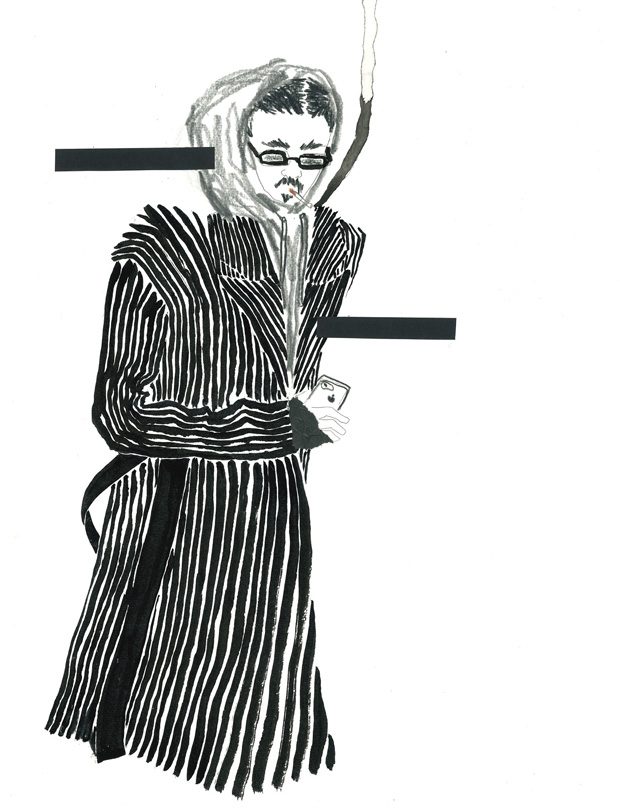 Fashion for men has arguably never been all that innovative or daring – women continually project themselves through colour, styles and wear and people can immediately gain a sense of who they are – but men are different. Men abide by what they know and the items accessible to them, we are safe players whom find comfort in routine. For the longest time we listened to British tailoring and western culture about the styles in which men should dress – we followed the waves of trends like everyone else did and eventually the attires of boy bands. James Bond like characters dressed us for generations. But now, social media is king – everything and anything in between including style is being broadcasted to the world with such immediate interest that it inevitably allows an exchange of inspiration to take place – and most notably for menswear, inspiration has come from Japan.

Dressing outside staple pieces is often considered to be either “extra or hipster” to men but in Japan, individual style is unapologetic and almost never attention seeking. People often wonder why men’s fashion has changed so slowly, and the conclusion mostly drawn is that western men are afraid of being different. Wearing a pink shirt even by todays standards would probably still cause some sort of conversation – whereas in Japan if a man were to a pink shirt paired with a long suede coat, velvet hat and oversized pants it would probably not even cause a double take- matter of fact if it did, it would more likely be an opportune moment to admire a strangers originality rather a witnessing a weirdness.
In Japan- people just wear what they want and no one cares, it is just the way it is. Oceans away in the west however – the affinity for clothes has always been thought of as a somewhat novelty for women and gay men – but slowly as we watch society through both our television screens and Instagram accounts the tides of normality are progressing- and like all things, fashion follows. Today, diversity is being acknowledged more than ever before, design houses are growing conscious of their customers and signatures from neighbouring creatives are now being sewn into clothes for their innovation and style as oppose to acting as contrivance as they have pretentiously been before. 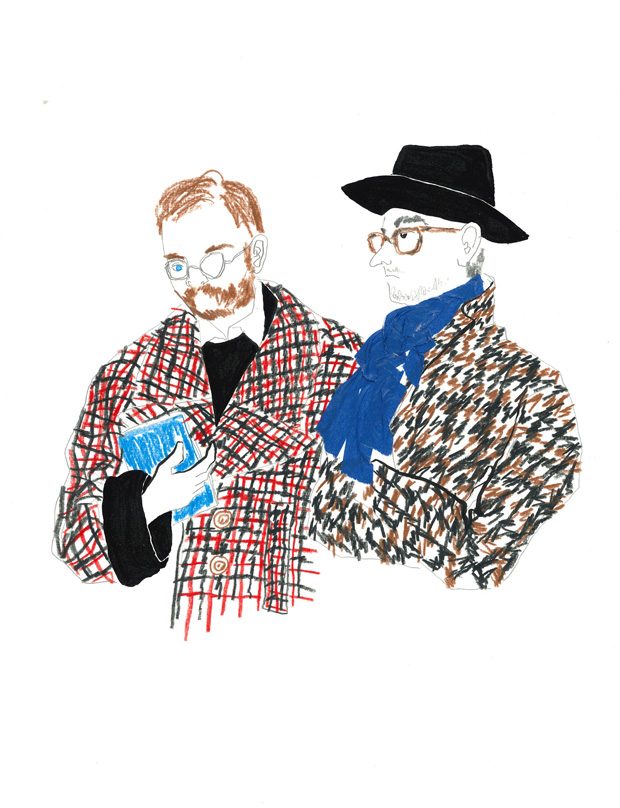 Clothes are ever changing – dresses have gotten shorter, crop tops are now worn as outerwear and the cuts and shapes of women’s apparel reside in a constant state of change; yet not until recently has clothing for men ever showed signs of repercussion or influence. We have seen clothes evolve as quickly as our music taste and politics change – but no matter the circumstance or social climate at the time, clothing for men has continually rotated itself back to fitted wear and not much else. The same designs of pants in the fifties could be easily misrecognized as current day apparel, in actuality the same principle can be applied to almost every item of wear for men – a buttoned shirt will always just be buttoned shirt, musically inspired clothes essentially just differ in sizing and a vintage blazer is most times just a worn in cut of blazers you would find in stores today.

Very rarely do the patterns for men’s clothing stray outside what has already been established, but gradually in this age of technology and cultural embrace we are slowly seeing foreign influences seep through designs and appear in younger men’s wardrobes. When Rei Kawakubo entered the European fashion scene she was a rebel with a cause challenging the norms of femineity- she threw out the guidelines of what beautiful clothes were and introduced collections that were unexpected and somewhat dark – fast forward to today and Japanese street style is having a similar effect on apparel, only this time – on men.

By walking the streets of Tokyo or even simply scrolling through the internet a clear distinction can be noted on how wonderfully independent Japanese street style is – there is an unapologetic undertone to their manner and without generalizing, Japanese style is a minimalistic embrace of personality – where interests and passion are in the forefront of clothing choices. Seemingly what Japan does better than most countries and certainly most design houses is that it curates styles – their intrinsic sense for clothing does not make one want to dress in a similar way but more so encourages us to take risk outside our comfort zones and be inspired to wear a style that is honest to our character.

Japan may have been a late entry to the industry of men’s fashion but its aesthetic and influence is undoubtedly changing the game. With designers such as Yohji Yamaoto and Issey Miyake, the basic concepts for varying articles of clothing are being challenged and reinvented. Time and time again we have seen their perspective on wear change the thinking of a masculine dress sense- pant silhouettes are widening, outerwear is un-proportionally constructed and accessories are known to complete a look not silently add onto one.

No longer are straight cut pants paired with a monotone t-shirt the uniform for men – a new generation of young dressers are taking global inspiration and applying it to themselves – a credit very much due to Japan. Much of Japanese designs are rooted from history and after centuries passed the memories of old clothing pieces such as the Hakama pant still remains within Japanese brands today. The influence of such aged style is continually being reimagined into modern day wear – where now the loose silhouettes of pants reaching far below the ankle has finally crossed borders and men from around the world are adopting it into their own style. Ten years ago a man whom would willingly wear an ‘ill fitting pant’ was a man on the way to a costume party but nowadays, such pants shows signs of an individual style built on borrowed influence.

Even Kimonos have had an influence western wear- at first thought Kimonos are rightfully associated with traditional finery but overtime younger individuals have taken on board their ancestry and developed upon the traditional piece. Slowly the minimalistic t- shaped form has been adapted into modern day collections and the casual cut of inspired kimonos has introduced new forms of draping, providing menswear with new constructions to cloak themselves with. The lightweight design and long line appeal of kimonos has given contemporary clothes a revitalised shape and introduced varying options for outerwear pieces to be worn for appeal and not just warmth. Japan’s influence on menswear despite subtle and slow moving is undoubtable – Europe may be leading the charts with branding and high end wear but Asia is considerable miles ahead in regards to innovation and design. 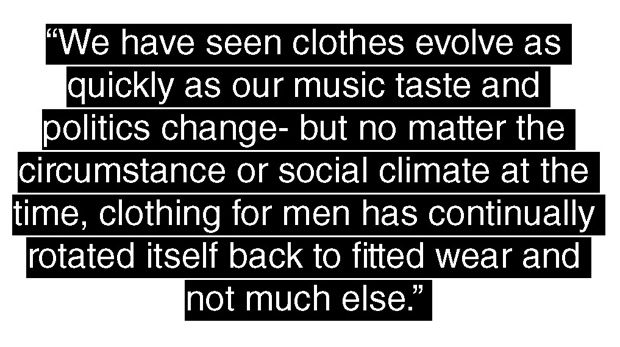 To simply put it, the Japanese way of dressing is a trend that never tires – it changes and adapts to both the old and new and without question is consistently referential for popular styles. Somehow through the combination of attitude and the assembly of unsuspecting wear, it works. That’s the best thing about Japanese styling, there are no rules – thrifted clothes are paired with luxury pieces, genres are combined and the mix and match of garments somehow always manages to create fashionable synergy. Their way of dressing as well as the sartorial designs that comes with – is unspectacularly becoming the vanguard of menswear.

It is never about flashiness or contradictorily about being unseen but instead quality, construction and detail takes presidents for fashion in Japan. Both their styling and craftsmanship is rich with imagination- the minimalistic and subtle style of dressing somehow manages to invariably speak volumes of personality.

Fashion in Japan as well as the manner in which the Japanese carry themselves shows an innate appreciation for clothing. Men may have abided by the safe guidelines of western wear for the longest time but in this new era of worldliness we are now looking sideways to find styles and modes that are instinctually compatible. Menswear is becoming elusive and seemingly through the growing evolution of the industry, both designers and customers are learning much from Japan. Japanese aesthetics are changing the clothes being sold and their point of view on dress is making new of the conformed stereotypes men have so long abided too – things are changing and styling for men is improved. Arigato Japan.

MMSCENE Issue 023 is out now in print & digital. 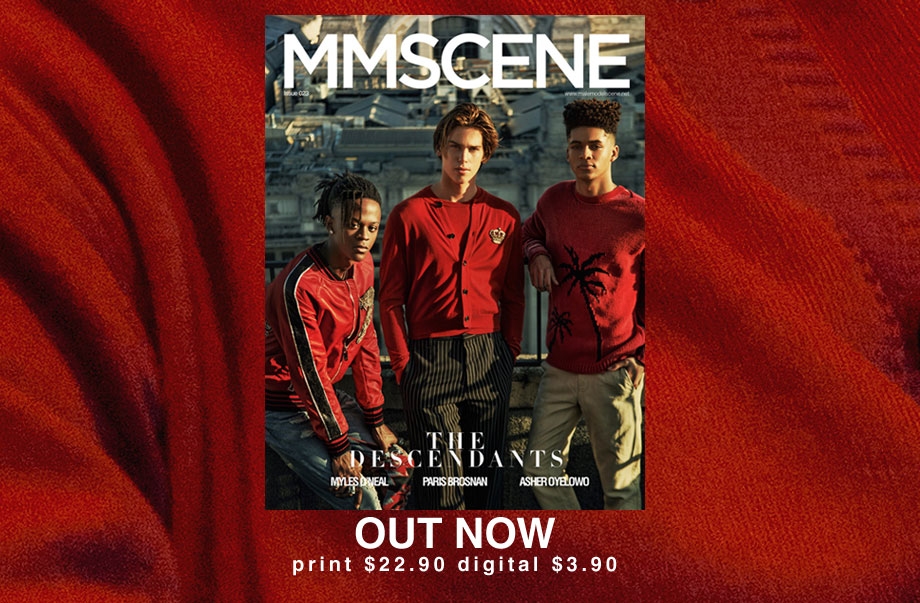