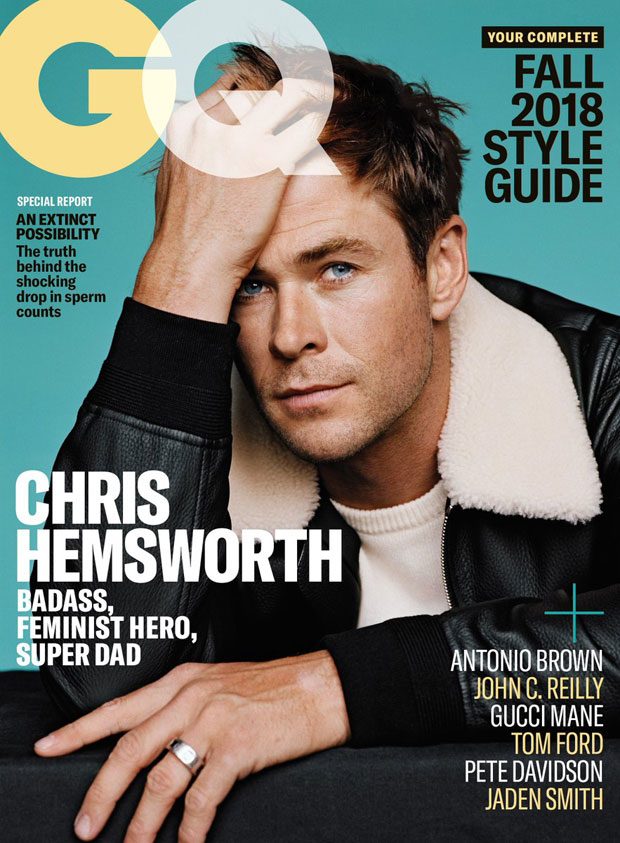 “I remember trying to be Colin Farrell. Thinking, ‘People love the bad boy.’ Going out and being sort of reckless. But no one cared. There wasn’t the presence of paparazzi, nor the presence of social media, nor the immediacy of all these platforms.” – Hemsworth shares with GQ Magazine.

Discover more of the shoot after the jump: 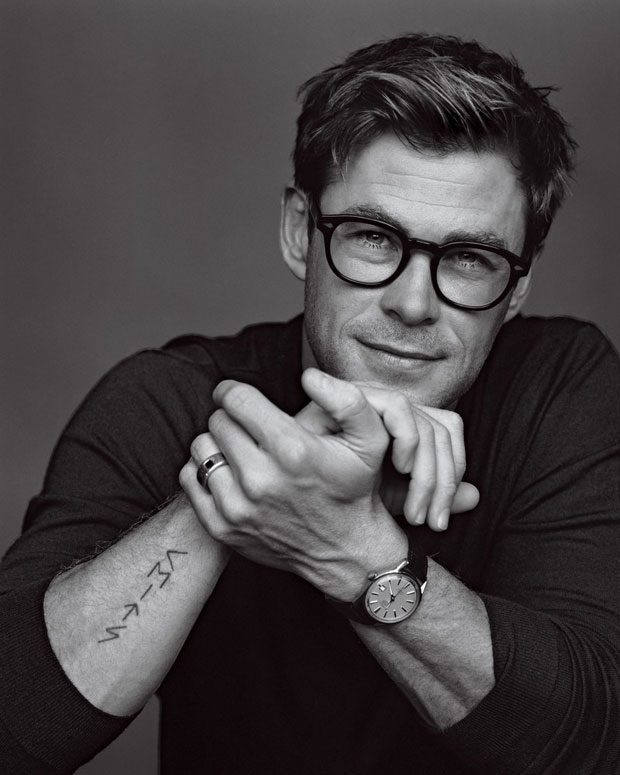 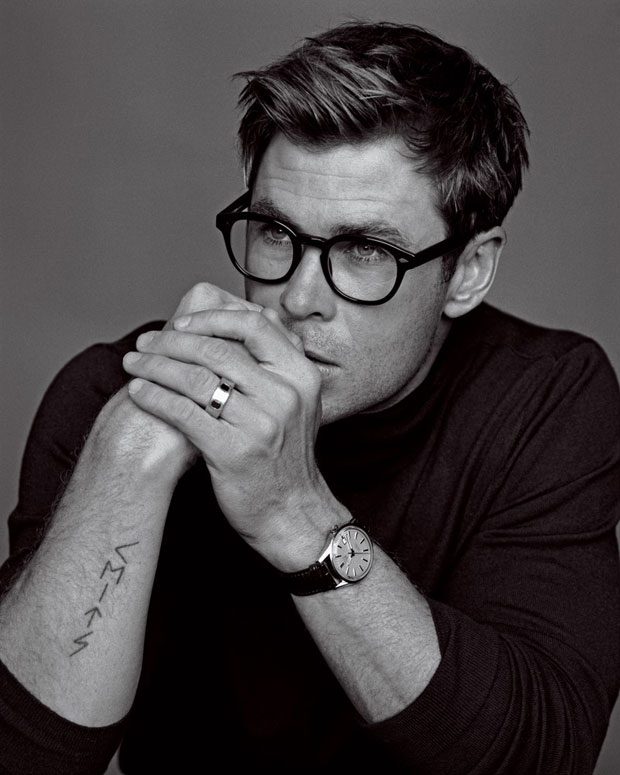 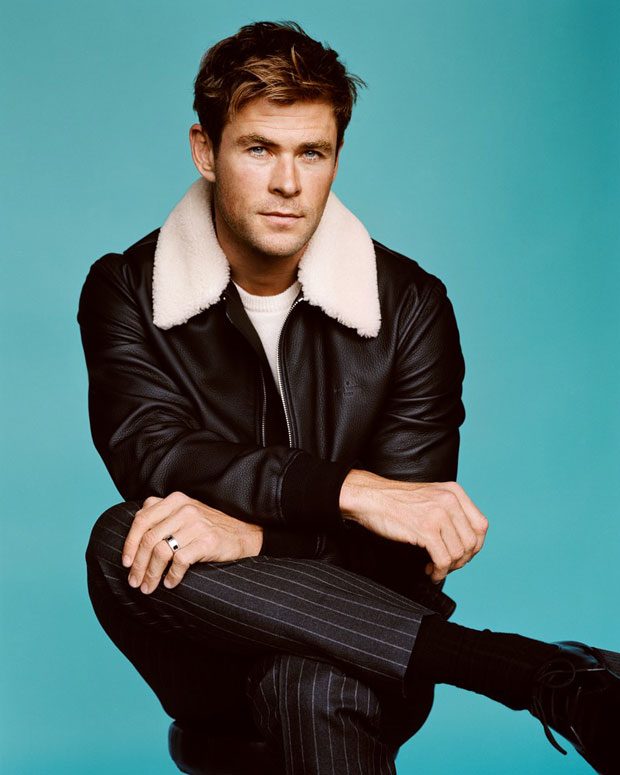 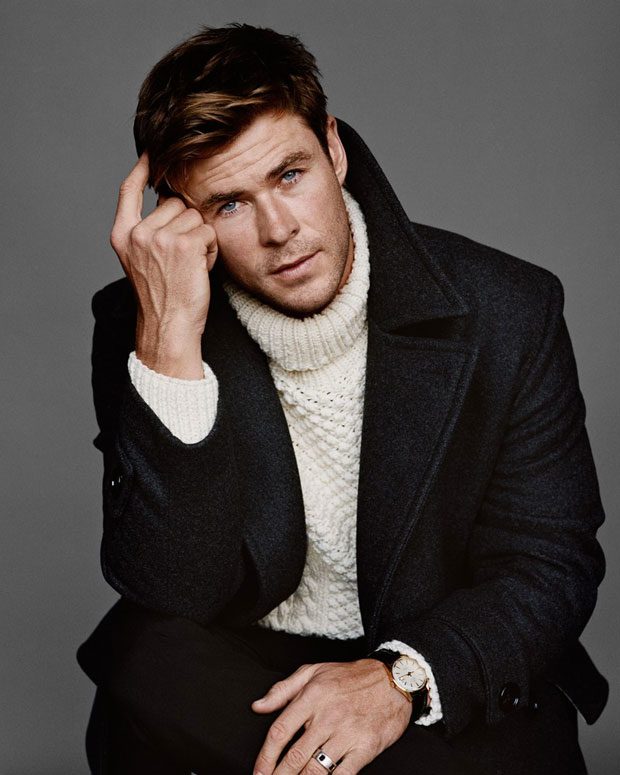 More recently, filmgoers have finally gotten to see what he is. Having done his time in hunk purgatory, Hemsworth has lately re-emerged as an actor eager to skewer the old stereotypes. He tested those waters as a bimbo secretary in 2016’s female-led Ghostbusters. And last year, in the third installment of the Thor franchise, he played a re-invented version of his old macho character—a hero suddenly less sure of himself, gleefully emasculated at the hands of co-star Tessa Thompson. Hemsworth and director Taika Waititi wanted to create a Thor who could show more vulnerability—they had more Kurt Russell in mind than Clint Eastwood. “Not to say that Kurt Russell has ever been ‘less masculine’ than contemporary heroes,” Waititi explains. “  just more flawed than contemporary heroes.” – from GQ Magazine 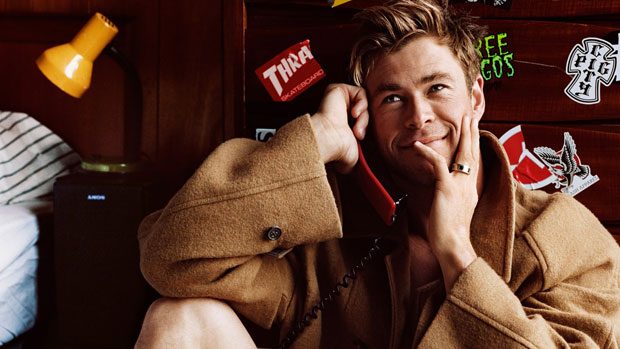 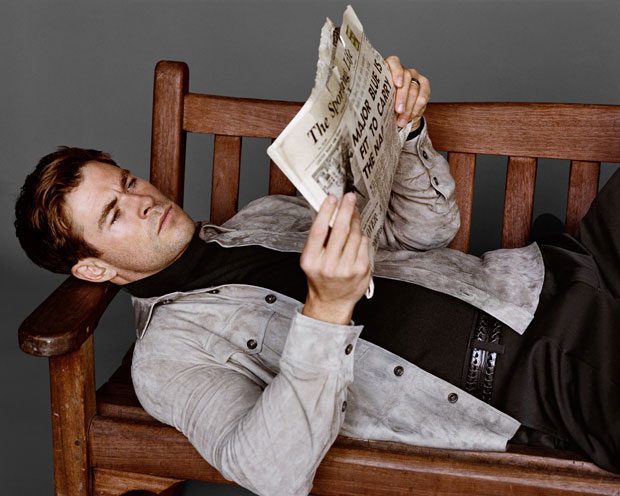 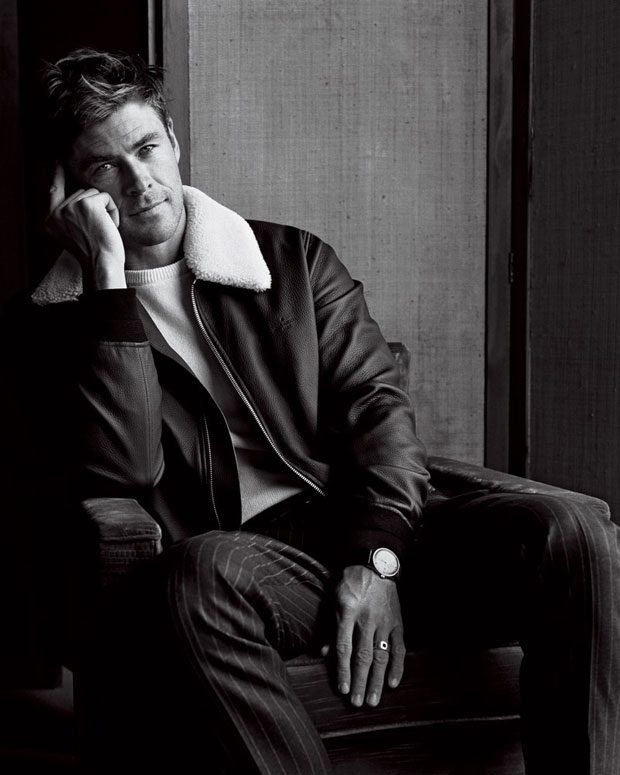 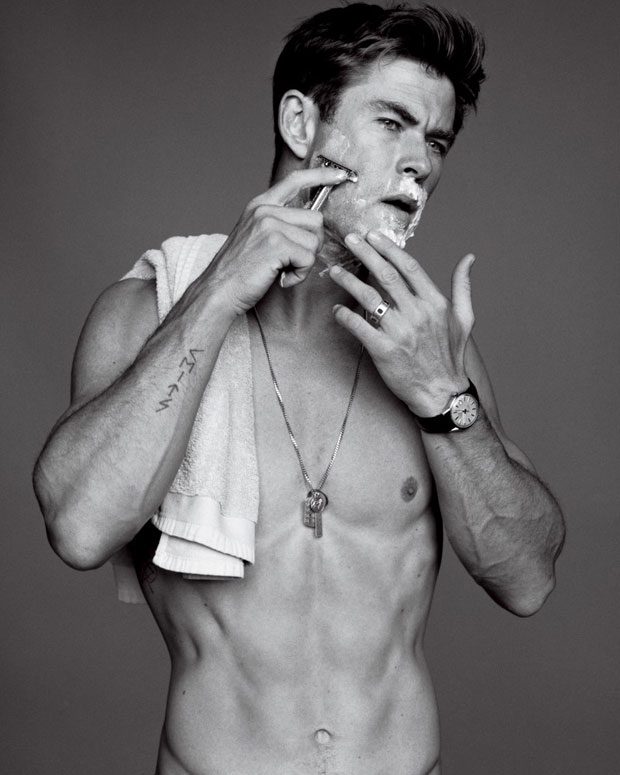 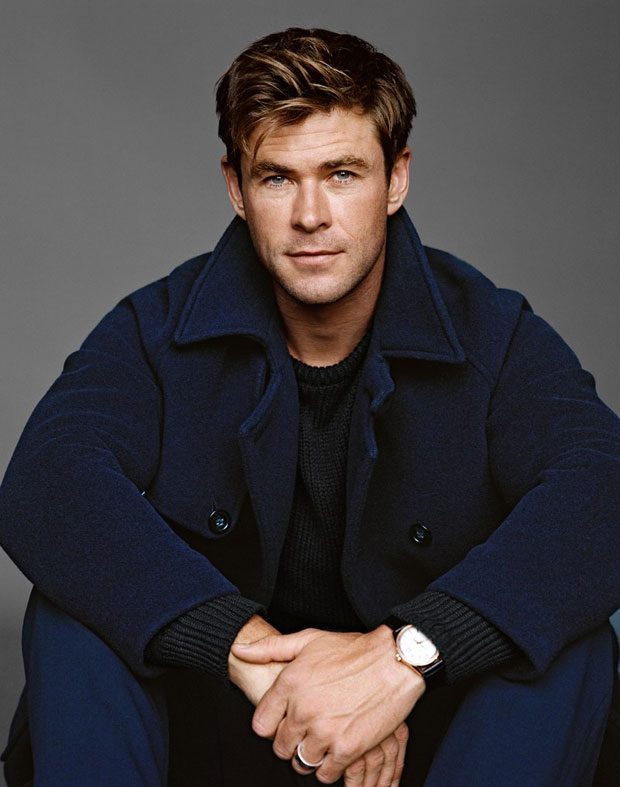 GQ September 2018 issue, see more from the shoot and find the full editorial on GQ.com.