There is no doubt that Kanye West is a man with many talents. Designer, rapper and entrepreneur, Ye made clear his interest in fashion and desire to work in the clothing design industry. In 2009, he collaborated with Nike on the Air Yeezys, becoming the first non-athlete to be given a shoe deal with the sportswear giant. In 2015, he switched over to Adidas, launching the Adidas Yeezy Boost 750 “Light Brown”, that was limited to 9000 pairs and sold out within 10 minutes.

He also collaborated with Louis Vuitton on a shoe line, designed shoewear for Bape and Italian shoemaker Giuseppe Zanotti, did an internship at Italian fashion brand Fendi, and launched women’s fashion label, DW Kanye West, that was not received well by critics.

After months of speculation, his highly-anticipated collaborative project with adidas, Yeezy Season 1, was unveiled in February 2015 during New York Fashion Week. The collection featured military-inspired garments and a color palette of nudes, army greens, and navy blues. It was also a landmark occasion in Yeezy brand history, when Yeezy Boost 750 and low-top Yeezy 350 were born. Popularized by many celebrities, Adidas Yeezy sneakers have become extremely influential and highly coveted.

“You guys know my influences. I’ve got four influences and it’s written all over the face…You see Raf Simons right there, you see Helmut, you see Margiela, you see Vanessa (Beecroft), you see Katharine Hamnett. It’s blatantly right there.” – Kanye said for Style.com.

Did you know that Kanye West originally designed a shoe for Adidas in 2006, but it was never released? He was supposed to design a tennis shoe for German sportswear giant – a reworked adidas Rod Laver Vintage featuring  the early-era College Dropout bear logo on the tongue.

Read on for our guide to the 5 best YEEZYs ever:

The sneakers that started the whole ‘dad shoe’ trend, YEEZY BOOST 700 has gained a cult following among sneakerheads. Famous for its retro aesthetic, the shoes are inspired by the ’90s running sneakers. Its color palette and the mix of materials, represented a shift away from the knit uppers of the 350.

The YEEZY BOOST 700 features a suede overlays and premium leather on the upper with mesh underlays and reflective heel, combined with a Three Stripe details. The full-length drop in boost midsole provides comfort and stability.

One of the coolest Yeezys ever released are the alien looking YEEZY 500. Combining Adidas’s Feet You Wear technology and chunky ‘90s skate shoe vibes, 500’s are one of the brand’s most important flagships.

It features an upper composed of cow suede, premium leather and mesh, with a rubber wrap along the midsole, and reflective piping details.

While the original 700 sneaker takes clues from the ‘90s retro running kicks, the YEEZY 700 V3 looks like a shoe from the future. The cage spreading across the shoes glows in the dark, which became a signature featured in many other Yeezys.

The sneakers feature a monofilament mesh upper, with RPU overlays that provide structure and durability. It’s glow in the dark feature provides a unique look and feel, while the tongue also is reflective – it emits light in darkness. The PU encapsulated EVA midsole provides comfort and durability, and the herringbone rubber outsole has an improved traction.

The YEEZY QNTM is born out of Kanye’s wish to have the shoes appear on an NBA court. Inspired by his idols Kobe Bryant and Michael Jordan, Ye gave us the ADIDAS YEEZY QNTM.

The shoe features an upper composed of a jacquard underlay combined with an RPU cage that wraps the upper for structure and durability while offering a unique look and feel. Its semi-translucent cage adds a distinct design element to the model.

YEEZY teased the silhouette in June 2019, when North West was spotted wearing the prototype. With its retro-futuristic feel, the shoe has been nicknamed the Yeezy Croc because of its resemblance to the foam clog. 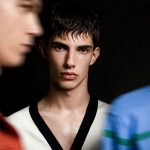 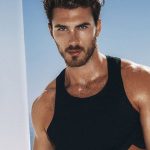