Since its debut in 1989, the Air Jordan 4 has been a hallmark of the brand. The silhouette represents a pivotal moment in Jordan Brand’s history. Its revolutionary design affected the line’s development and initiated a collaborative approach that is still in place today.

The latest Air Jordan 4 release and part of the brand’s Holiday 2022 line-up is a new take on the silhouette, the Air Jordan 4 ‘Midnight Navy.’ The official color scheme features ‘White/Midnight Navy-Light Smoke Grey-Fire Red,’ and it’s a new take on the ‘White Cement’ colorway with dark navy blue accents instead of black. Let’s take an in depth look at the upcoming release and at the history of the iconic silhouette.

In 1989, Tinker Hatfield was thinking about methods to elevate the design and increase the performance of the Air Jordan. But, could he match—or even come close to matching—the success of the daring and elegant Air Jordan 4? As we now know, the response was unequivocally yes. The Air Jordan 4 picked up just where the Air Jordan 3left off, cementing the Air Jordan line’s position as the hottest and most influential sneakers in the world.

In terms of design, it wasn’t a major departure from the Air Jordan 3, but it included additions that made it one of the line’ most beloved. The word “Flight” was inserted just beneath the Jumpman logo. It was the first time nubuck was used in Air Jordans. The sneaker featured over-molded mesh components for better ventilation for the first time , plastic elements throughout the shoe, visible Air, as well as extra Air in the forefoot, supporting “wings,” and a huge heel pull button for quick access.

Michael Jordan hit one of his most iconic shots of his career during the 1989 Playoffs. Jordan’s game-winning shot came at the end of Game 5 of the tournament. Jordan got an inbound pass with seconds remaining in the game and nailed a foul line jumper as time expired. The Bulls won the game 101 to 100, advancing to the second round of the playoffs. The play cemented Michael Jordan’s status as a global superstar and demonstrated how clutch he was. Jordan made The Shot while wearing the Air Jordan 4 “Bred,” which contributed to the Air Jordan 4’s iconic fame.

The Air Jordan 4 was the franchise’s first global release. Outside of the United States, it had a widespread release. The Air Jordan 4 also catapulted the Air Jordan brand to new heights of recognition and pop cultural relevance. It was featured in a notable sequence in Spike Lee’s Do The Right Thing, which helped the sneaker transcend beyond the game of basketball.

The Air Jordan 4 remains a staple of the Jordan Brand lineup. It has been available in countless of colorways and collaborations throughout the years. The Air Jordan 4 is seeing numerous retro releases nowadays, and it is regarded a classic in the series by most sneakerheads.

‘Midnight Navy’ is a popular color scheme for Jordan Brand sneakers, with Air Jordan 1s, Air Jordan 3s, and Air Jordan 6s all being launched within the previous two years. The upcoming silhouette is inspired by the iconic White Cement colorway. The upper is made of white tumbled leather with cement grey accents on the midsole and wings. Midnight navy highlights appear on the tongue, eyestays, and outsole, making it virtually the same as the White Cement colorway, but with blue hints instead of the original’s black. A blue Jumpman replaces the Nike Air emblem on the heel to complete the appearance.

Part of appreciating your sneakers is keeping them looking fresh. It’s nearly as important to keep your sneakers clean as it is to own them. So you need to know how to properly care for your Air Jordans. Check out our in-depth guide on how to clean Air Jordans.

Jordan Brand has confirmed on SNKRS that the ‘Midnight Navy‘ Air Jordan 4 will be launched on Oct. 29 for $210 via the app. View the new colorway in further detail below.

The “Midnight Navy” Air Jordan 4 will be available for $210 on October 29 via the Nike SNKRS app, according to Jordan Brand. If you can’t wait for the drop, purchase your pair today at GOAT or Flight Club! 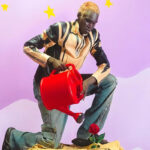 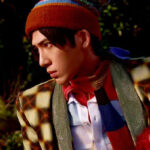