Off-White and Nike are teaming up once again, this time for the launch of their Air Jordan 2 Low collaboration in “Black/Blue”. Off-White’s chief executive officer Virgil Abloh is adding his unique touch to the iconic silhouette. Abloh’s design started with a question: What would an Air Jordan 2 look like if it was pulled directly from a time capsule? The result is a sneaker reverse-engineered from an original pair in the DNA Archive utilizing three-dimensional scans of an exact pair laced up by Michael Jordan.

Continue reading to learn more about the silhouette and the partnership as it evolved from 2017 to now.

Nike’s first collaboration with designer Virgil Abloh “The Ten” was the greatest sneaker event of 2017. By giving the Illinois-born designer creative freedom, he has reignited interest in some of Nike’s most iconic sneakers that had fallen out of fashion in recent years, as well as bringing new shapes to the forefront. Senior design director Nate Jobe and VP of footwear design Andy Caine were involved in the project from the start, collaborating with Abloh to bring his visions to life. Caine himself attended “OFF-CAMPUS” events in North America and Europe, where guests such as Bloody Osiris, Tremaine Emory, and others discussed the collaboration’s cultural significance.

After being heavily cosigned on social media by the likes of A$AP Rocky, Drake, Kim Jones, and Naomi Campbell, the collaboration was teased on Instagram months before its debut, leaving sneakerheads eagerly expecting the deconstructed sneakers’ release dates.

Nike sneakers, as well as Nike-owned companies Converse and Jordan, were included in the Off-White “The Ten” project. The first shipments were split into two packs of five from late October to early November 2017. The Off-White Nike Air Jordan 1, Air Max 90, Air Presto, Air VaporMax, and Blazer Mid were all included in the “REVEALING” pack. The “GHOSTING” pack featured an Off-White Nike Air Max 97, React Hyperdunk, Air Force 1, and Zombie Air Force 1.

The latest in line to receive the Virgil Abloh makeover is the Off-White x Air Jordan 2 Retro Low SP ‘Black Varsity Royal’. The sneaker is directly based on Jordan Brand’s DNA archive’s signed archival pairs. Made in Italy and created in a way that other performance sneakers weren’t at the time, Jordan’s second signature sneaker was the first to take a luxury-inspired design aesthetic.

The multitude of details on the Off-White x Air Jordan 2 Low demonstrates how meticulously it was designed. To replicate Michael Jordan’s own late-’80s pairs, Off-White’s version incorporates a faux-crumbled midsole.

It features a black leather upper with contrasting royal blue accents and a tonal lizard-textured overlay. The Jordan Wings logo is featured on the molded heel panel, mid-foot piping and an exposed sock liner and tongue. The AJ2s include prominent stamped “Off-White for Nike” Helvetica branding on the medial, along with details like the famed zip-tie that’s attached to the laces, as per Virgil Abloh’s distinctive style for his brand Off-White. Each pair is adorned with an Off-White cable tie and features Jordan’s signature in a different location, reminiscent of how he used to sign his own sneakers and give them away to kids after games.

On November 12th, the Off-White x Air Jordan 2 Retro Low SP ‘Black Varsity Royal’ will be available at Nike.com and select stores such as GOAT and Fight Club. The suggested retail price is $190 USD. Nike is also set to release a line of themed apparel that is partially inspired by Jordan. Oversized warm-up T-shirts and pants, in particular, pay homage to Jordan’s pre-game attire, while loose-fitting hoodies and tees put his logo front and center once again. 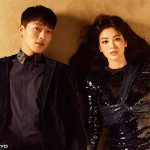 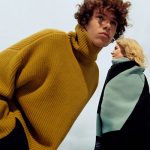