Tod’s just as most of Italian fashion houses who took part in the latest Milan Fashion Week schedule has opted for a digital presentation of their Fall Winter 2021 collection. The beautifully crafted collection was captured for the lookbook and short film in Villa Ronchi by architect Giuseppe De Finetti. The stunning house is located in Vigevano, and was constructed in 1936.

Zurzolo plays a young actor who is self isolating for seven days, the film appropriately holds the title #sevenT. On this occasion T stands for Tod’s but also for time, something we have all experienced passing much more differently in the past year. T is also taking shape of an instantly recognizable new emblem from Tod’s appearing on shoes, belts, jackets and handbags.

Zurzolo is known as one of the  most promising young Italian actors, internationally known for his part in Netflix show ‘Baby‘. 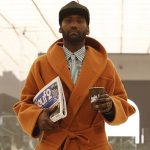 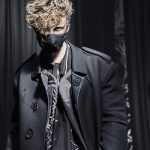